Investors I hear from are giving up on all sorts of asset classes and investment strategies following a difficult stretch of performance.

Why invest in anything other than large cap growth stocks?

It’s hard to argue with the sentiment. Large cap growth stocks in the U.S. have crushed the competition in recent years and the bear market hasn’t made a dent in that relative outperformance.

In most cases it’s actually gotten worse during the downturn. 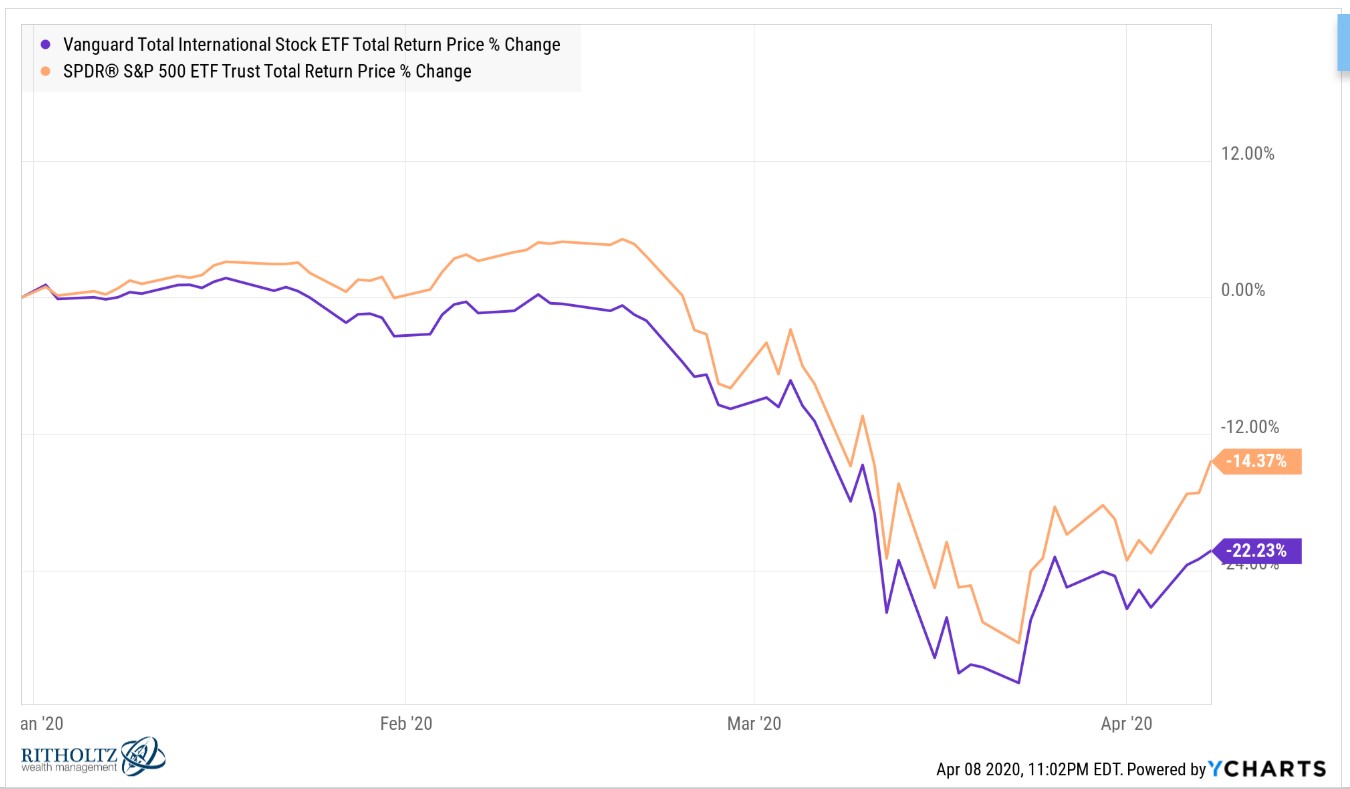 The 5 year performance difference is even more stark: 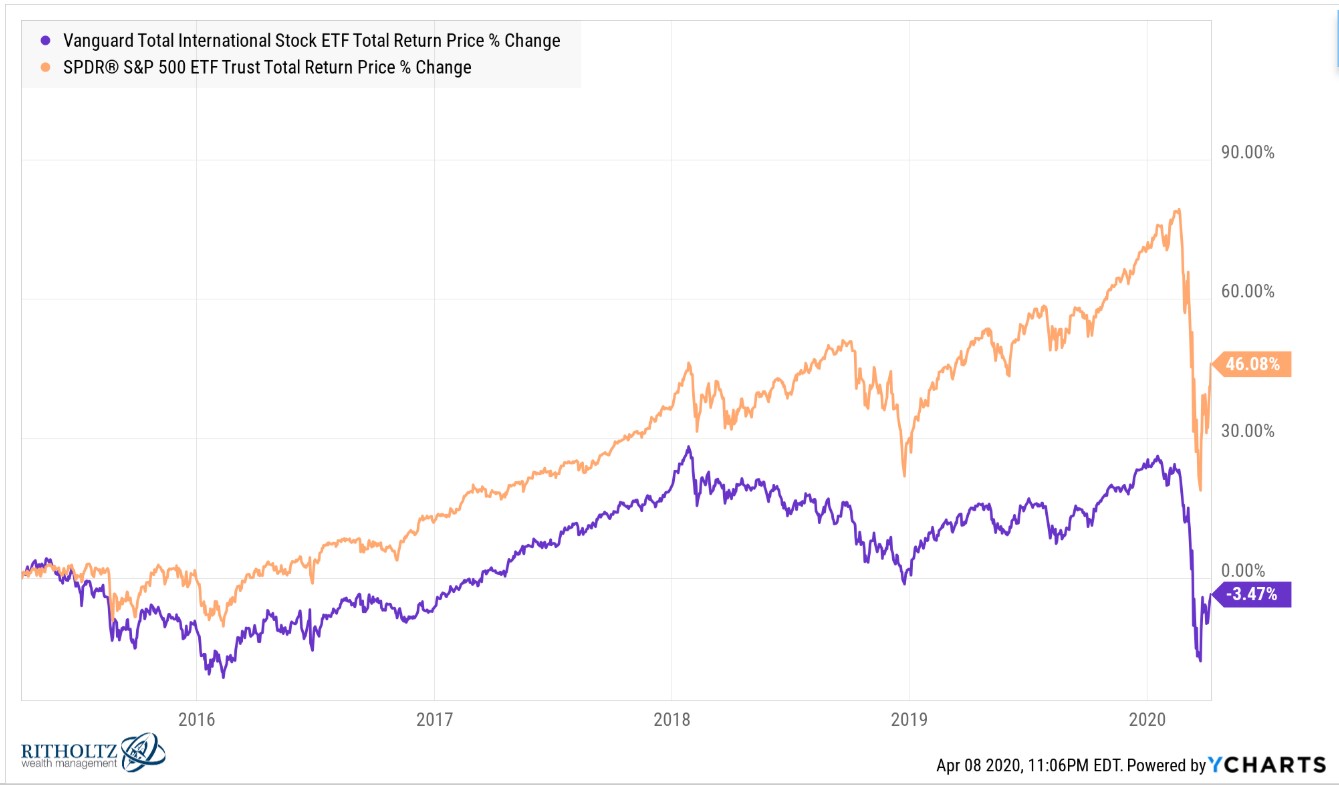 Markets outside of the U.S. are now showing negative returns over the past five years.

Let’s look at Europe as an example: 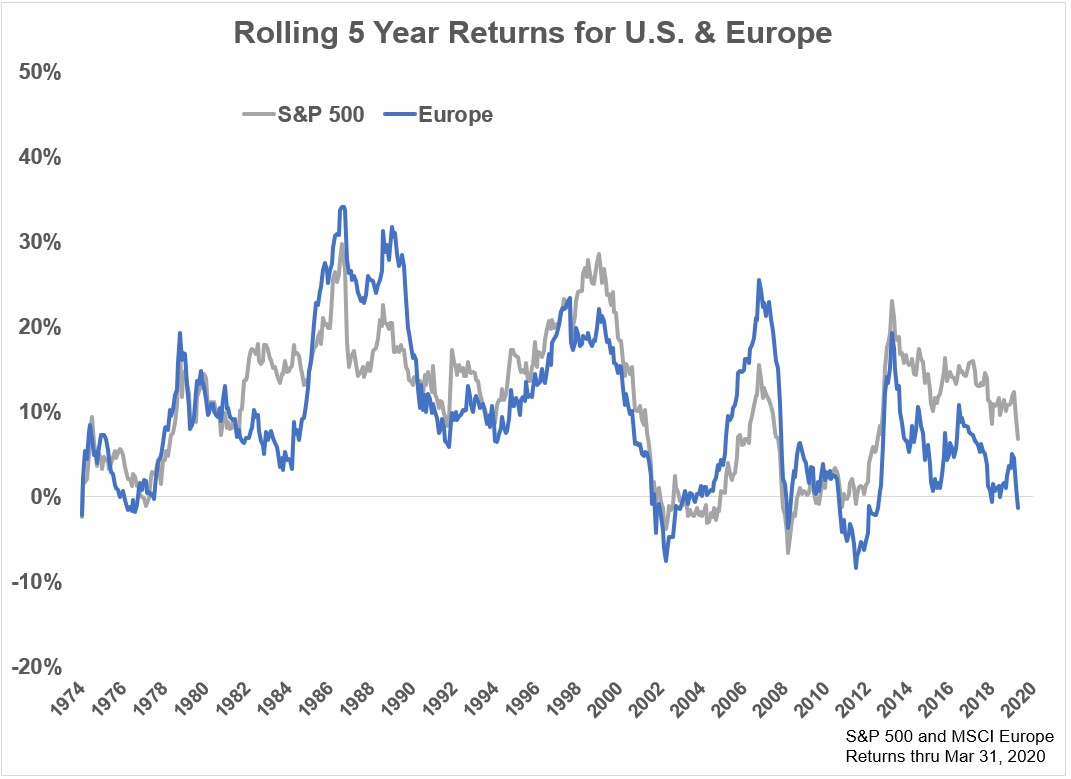 You can see trailing annual 5 year returns through the end of March for European stocks are now slightly negative following the crash.

Negative 5 year returns are rare but not out of the question. It’s happened in roughly 11% of all rolling 5 year periods since 1970.

You can see they happened during the 1970s, following the bursting of the dot-com bubble in the early-2000s and then a double whammy of the Great Recession and the European debt crisis just a few short years later.

Those types of returns are always difficult to swallow as an investor but they’re part of the game. You can see the U.S. is not immune to lost half-decades either.

To offer a glimmer of hope I decided to look back at all of the rolling 5 year periods where European stocks showed negative returns to see what the forward returns looked like from those depressed levels: 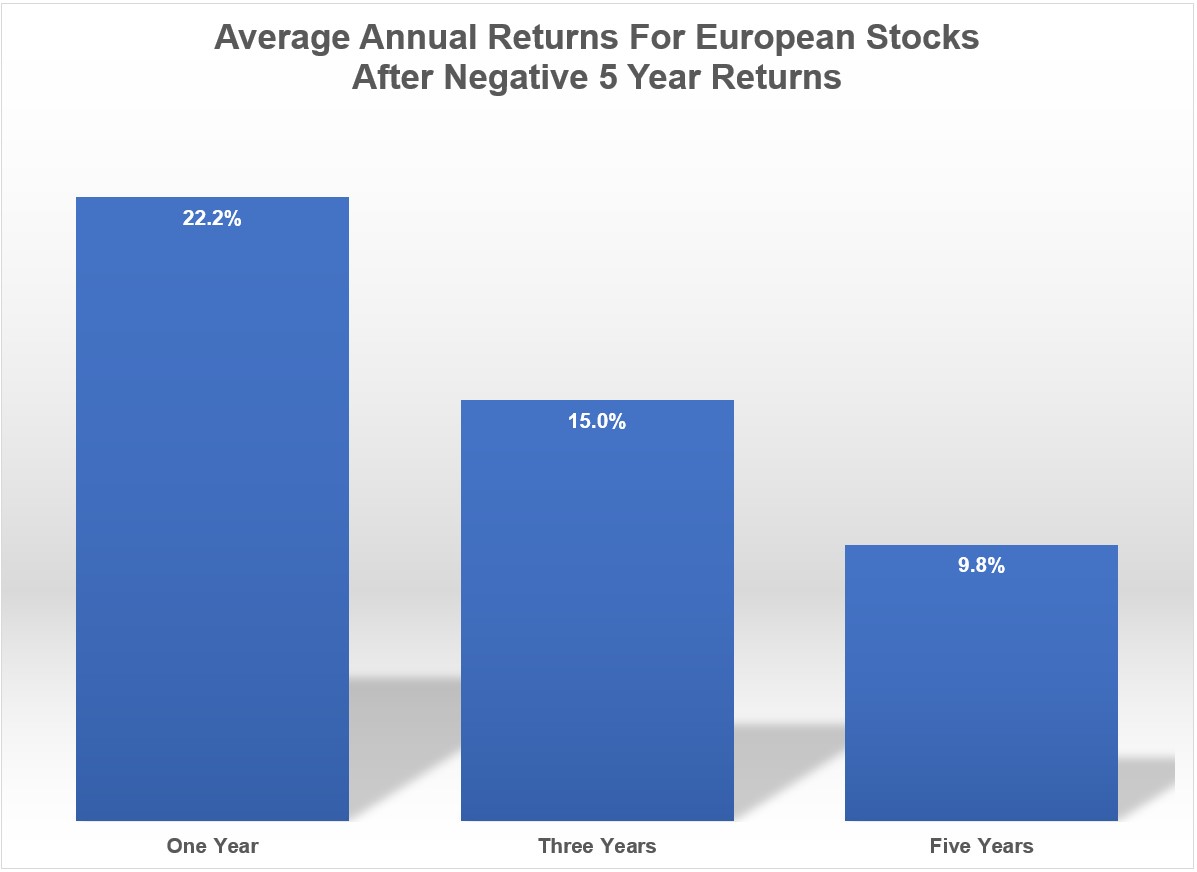 These aren’t earth-shattering returns but they’re not bad either. Markets are cyclical and mean-reverting so the fact that low returns are followed by higher returns shouldn’t be a surprise. 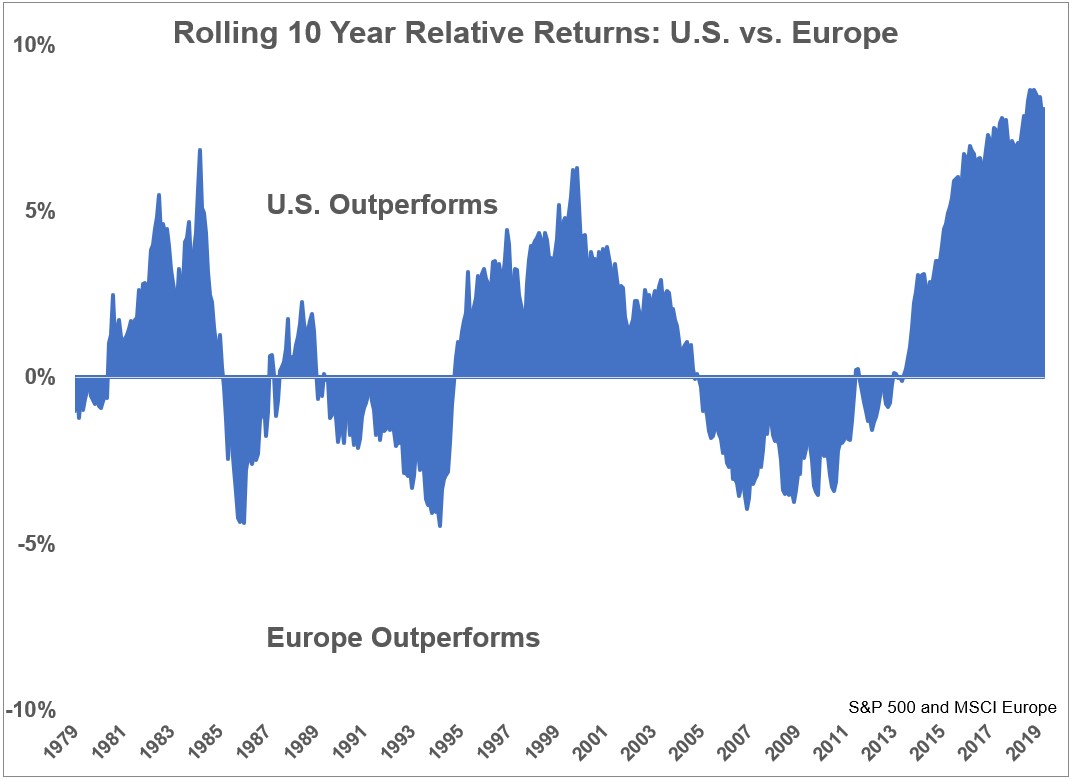 I’m not positive this relationship will experience mean reversion like it has in the past. There are plenty of good reasons U.S. stocks have outperformed other parts of the world. And there are plenty of reasons foreign stocks might continue to lag going forward.

Maybe all of the trends that were in place before the crisis will stay in place after the crisis. This is such a strange period of time it’s hard to know what to think in terms of what happens after this is all over (whenever that might be).

It’s also possible the crisis will provide a catalyst for relative performance when we come out of it.

This crisis has actually given me more hope for international stocks going forward.

The U.S. has bungled our response in many ways when planning and handling the coronavirus. Many other countries — South Korea, Singapore and Germany to name a few — around the world have handled the situation far better. There is a lot we can learn from those countries who have handled this better than us.

Their response time, the technology they employed and the general planning that went into their individual strategies has been impressive. It’s hard to compare a government’s response to the corporations within that country but the willingness of these countries to get creative gives me hope for international stocks going forward.

The U.S. doesn’t have a monopoly on good ideas.

I’m not trying to say the United States is going the way of the Roman Empire. We still have the biggest, most dynamic economy in the world along with many built-in advantages.

This is more about how impressed I am with the responses from other countries that have handled this situation far better than we have.

The U.S. owned the last decade and change. I can think of plenty of reasons for that to continue.

But I don’t think foreign stock markets should be left for dead either.