Wealth is a subjective thing because there are so many variables that impact a person’s finances.

And the yardsticks for wealth are often misleading.

Sure, there are plenty of people out there who drive the best cars and have amazing homes who also have loaded investment portfolios.

Yet there are also those who are in debt up to their eyeballs to portray a wealthy lifestyle with nice cars, houses, and toys but don’t really have anything in terms of savings. Buying lots of stuff isn’t the same thing as wealth.

And then there are the stealthy wealthy who have lots of money set aside but don’t show it in terms of material possessions.

This last group is probably larger than most people realize. In The Next Millionaire Next Door (an updated version of the classic Millionaire Next Door) the authors studied nearly 10,000 households and over 1,500 small business owners to discover the habits and buying patterns of “normal” millionaires.

One of my favorite anecdotes from the book is the make and model of the cars these millionaires next door tend to drive: 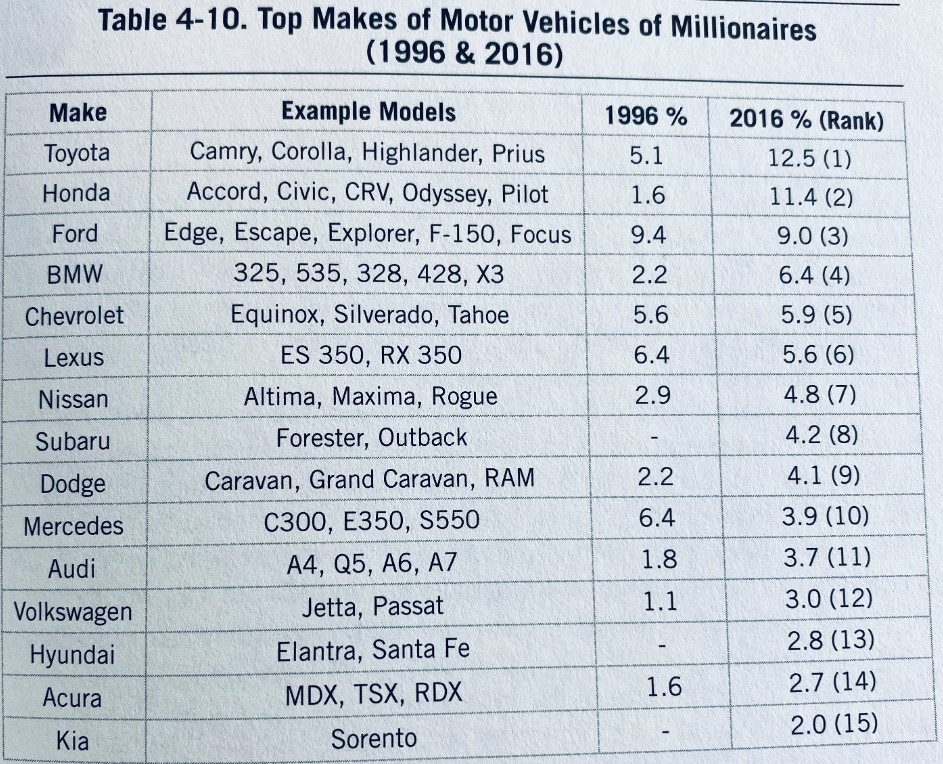 Does driving a regular car guarantee more wealth? Things are not that simple but it’s a decent starting point.

In this video we also discussed the relative living standards across the country as it relates to this chart: 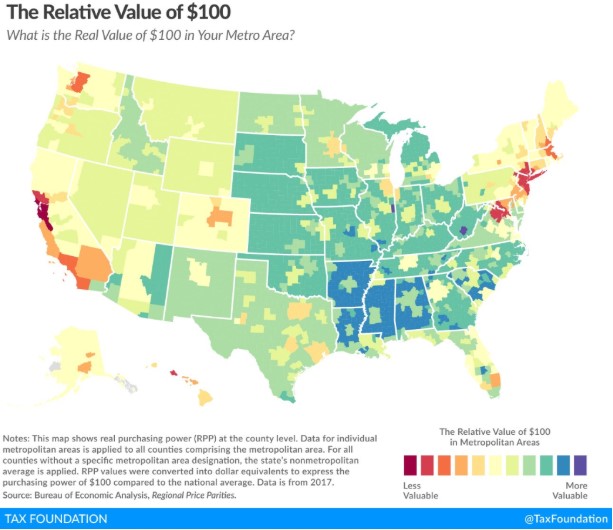 Where you live can have a massive impact on your finances. There are plenty of trade-offs between job opportunities, income potential and the cost of living in certain areas but this is one of the biggest wealth levers you can pull to change your station in life.

A new report from the New York Fed shows how this can impact your debt profile: 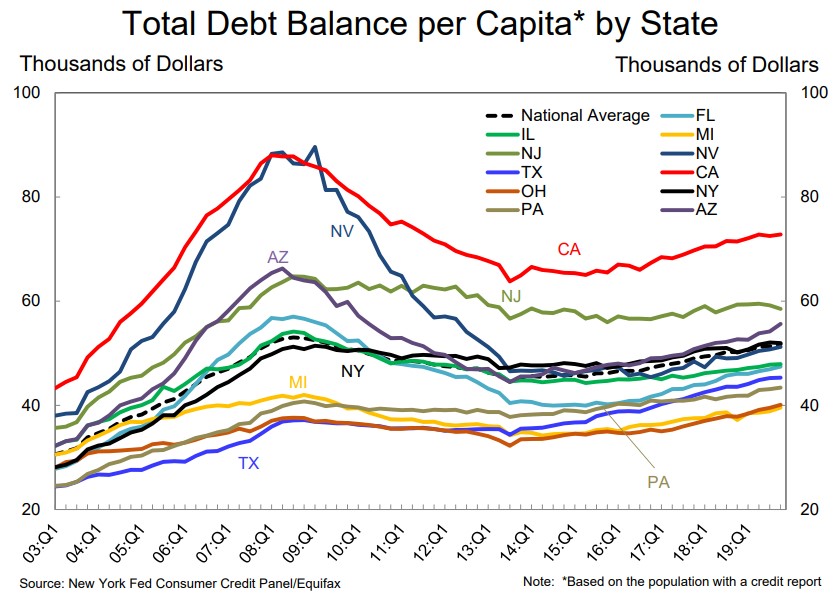 You can see places like California, New Jersey, and Arizona are all above average while states like Michigan, Ohio, and Pennsylvania are below average. Much of this has to do with the high cost of real estate on the coasts and major metro areas and the fact that mortgage debt makes up roughly 70% of household debt outstanding.

If you bought real estate in places like California a number of years ago, that debt was likely worth it because prices have gone up and up. But buying in after all of that housing appreciation changes the equation when it comes to managing your personal balance sheet.

Obviously, there are always going to be pockets in every state or city where housing is more or less expensive than average but where you live plays a major role in your personal finances.

There are really 4 main wealth levers when it comes to determining your financial station in life:

(1) How much money you make

(2) How much money you save

Where you live can make a difference in each of these levers.

You can likely make more money living in a big city but the cost of housing is prohibitively higher and it can be harder to save money because everything costs more.

You can find cheaper housing living in a smaller city or rural area but your income potential is likely capped as well.

Technology is allowing people to now work remotely and potentially arbitrage this situation by creating a high-income stream in a low cost of living area but that’s not the norm.

Many people will look at these numbers and tell people to move somewhere else if they’re not happy or can’t make their finances work but that’s easier said than done. It can be hard to move away from family, friends, and your community when you put down roots somewhere.

For some people that means spending a disproportionate part of their budget on housing to live in their desired location.

For others that means letting go of career aspirations to save money on big-ticket items by living in a lower cost of living area.

Some people prefer to drive new cars every few years.

Others are content driving their cars into the ground.

Everyone’s situation is different which is another reason it makes such little sense to compare your station in life with someone else’s. We’re all forced to deal with trade-offs. Few people can thread the needle to find the perfect situation both personally, professionally and financially.

But if you are someone who struggles with their finances, look no further than the big wealth levers. These are the areas that can make or break your finances, not $5 lattes.