One of the reasons we’re living in the golden age of the individual investor is the number of research and investing tools available for free.

When I first started working in the investment industry, all the tools we used were subscription-based or pay-to-play. There are still things worth paying for but also a number of useful free stuff on the web.

I went through and calculated the annual return numbers for each from 1928-2019:

He also includes the annual inflation so you can look at the returns on a real basis:

Inflation in the U.S. has remained low for some time now but this wasn’t always the case: 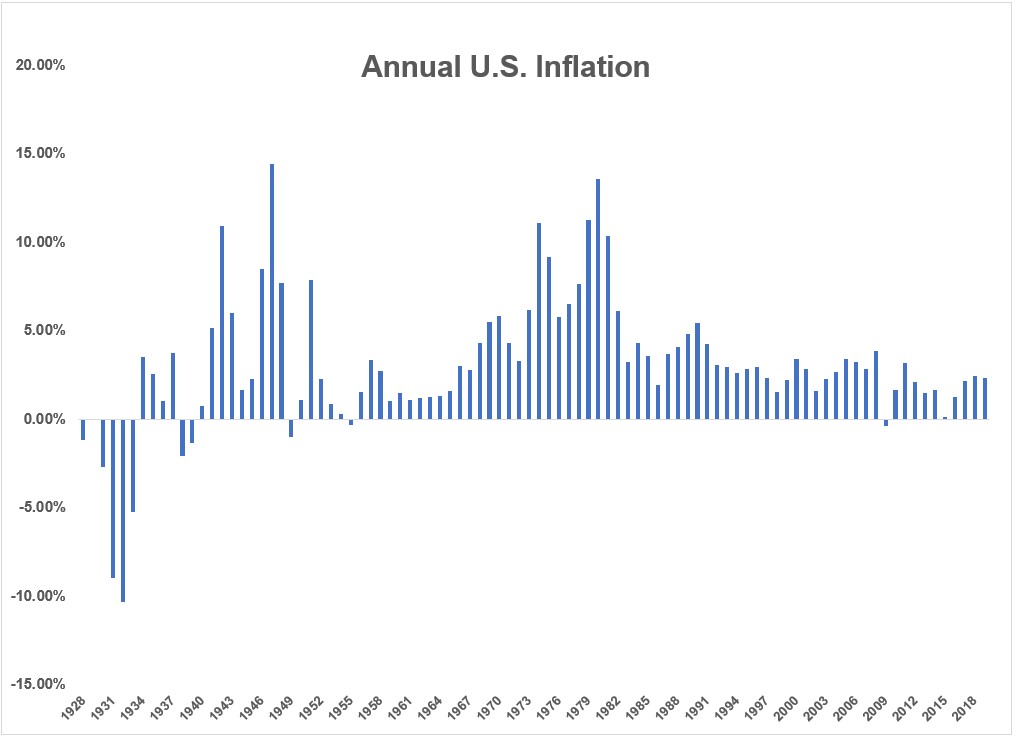 You can see two inflationary spikes on the chart. One which occurred during WWII and one in the late-1970s and early-1980s. Since then, inflation has remained relatively calm by historical standards.

Is it possible inflation stays subdued for the foreseeable future? There’s a good case to be made for this based on demographics and growth expectations.

But we can never tell for sure and even if the long-term trend remains one of lower inflation it’s impossible to predict outlier events which could cause short-term inflationary spikes.

It’s also instructive to see the wide range in outcomes that can occur in the 3 asset classes with the highest, average and minimum calendar year returns: 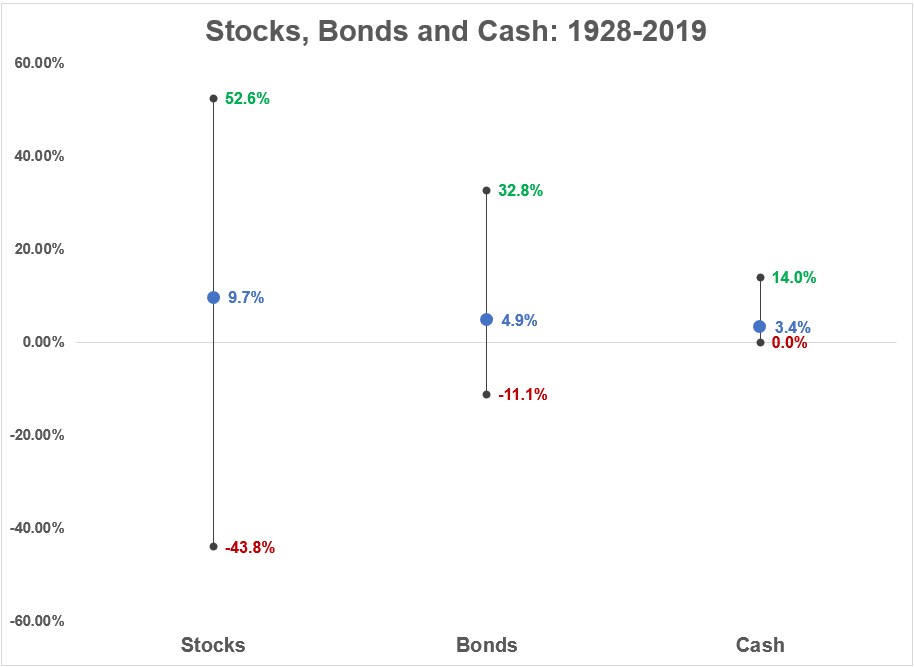 Long-run returns are impossible to predict exactly but I could give you a range (call it 4% to 12%) over a 30-40 year period in the stock market and feel fairly safe about that range. But over the short-run the range of results is big enough to drive six Teslas through.

Also just for fun, let’s look at annual returns for these asset classes on a number of different timelines.

The markets since 1980 have been amazing because that period began with ridiculously low valuations and ridiculously high-interest rates:

Stocks have done excellent but bond returns are otherworldly when compared to the pre-1980s markets. The returns before 1980 are decent but nothing like we’ve seen since then:

But it is amazing how much impact the Great Depression had on long-term stock returns. Here’s what things look like from a 1933 starting point with that crash out of the equation:

That’s almost 2% per year that the Great Depression lops off.

Now here are the returns over the past 20 years which may have been the worst starting point in U.S. stock market history:

Obviously, all of this is cherry-picking. We can’t simply remove the worst crash in history or only think about stocks from their best or worst entry points. But looking at asset class returns over a number of different market environments can help set better expectations for what’s to come.

Maybe a better way to think about this is to look at each decade in terms of asset class annual returns and inflation: 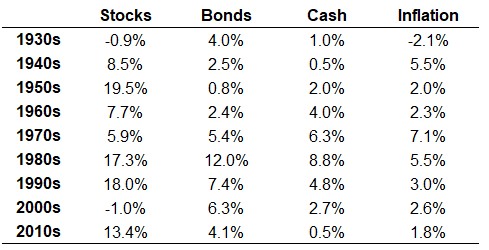 Again, arbitrary start and end dates but no two decades look the same in terms of stocks, bonds, cash and inflation.

Further Reading:
The Best Free Investing Tools on the Web