Market Wizards by Jack Schwager was first published in 1993. The book profiled some of the world’s top traders, all of whom had enviable long-term track records.

The list included well-known traders and hedge fund managers such as Bruce Kovner, Paul Tudor Jones, Ed Seykota, Michael Steinhardt, William O’Neill, and Richard Dennis. Schwager does a nice job in the book focusing not only on the performance of these traders but also the psychology behind their process.

Schwager went onto write a series of these books detailing other successful traders and investors. The market wizard series became a trader’s bible of sorts.

On this week’s podcast Michael and I discussed why it would be much harder to write such a book today:

A few people told me Schwager was currently working on an updated version of the book so it will be interesting to see who he comes up with.

I’m not sure I could name a single star portfolio manager under the age of 50.

David Einhorn, Bill Ackman and Eddie Lampert were all supposed to be the next Buffett. That hasn’t exactly panned out. 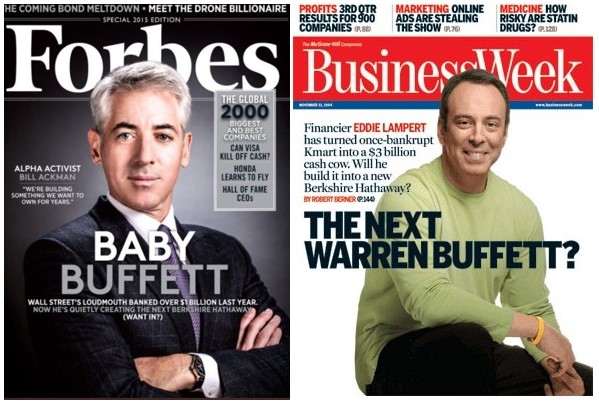 Each of these hedge fund managers saw their hot hand turn cold once they became money manager famous.

I guess you could say the traders from The Big Short had a nice run but most of them either cashed out or haven’t been able to replicate the success from their once-in-a-lifetime trades. John Paulson’s certainly hasn’t been able to sustain a successful fund following the greatest trade ever.

And maybe that’s the point — it’s harder than ever to sustain success over an extended period of time. Maybe it was easier to stay under the radar back in the day before the financial media was so ever-present and social media constantly reported the returns of the biggest investors.

Maybe one of the most underrated aspects of Buffett’s success over the long haul has been his ability to stick to his process for 5-6 decades. There seems to be far too much money, pressure, and competition to give world-famous investors the ability to pull that off anymore.

There are plenty of good reasons for the dearth of star investors. Competition in the markets is more fierce than ever. Technology has evolved. There’s more data available than ever. Quantitative investing has automated many of the successful strategies of the past. Costs have come down considerably. And there are probably more intelligent people than ever looking for an edge in the markets.

I’m not saying there won’t be more star managers in the future. There will surely be portfolio managers, traders, or teams that are able to put together impressive track records. I’m just not sure how many of them will be able to string together 2-3 decades’ worth of spectacular returns like many of the market wizards were able to do.

Full highlights reel from this week:

Further Reading:
Why You’ll Never Invest in the Next Big Short

Now here’s what else I’ve been reading this week: