2019 has been a good year for pretty much everything in the financial markets.

U.S. stocks, long-term government bonds, and gold are all up big this year: 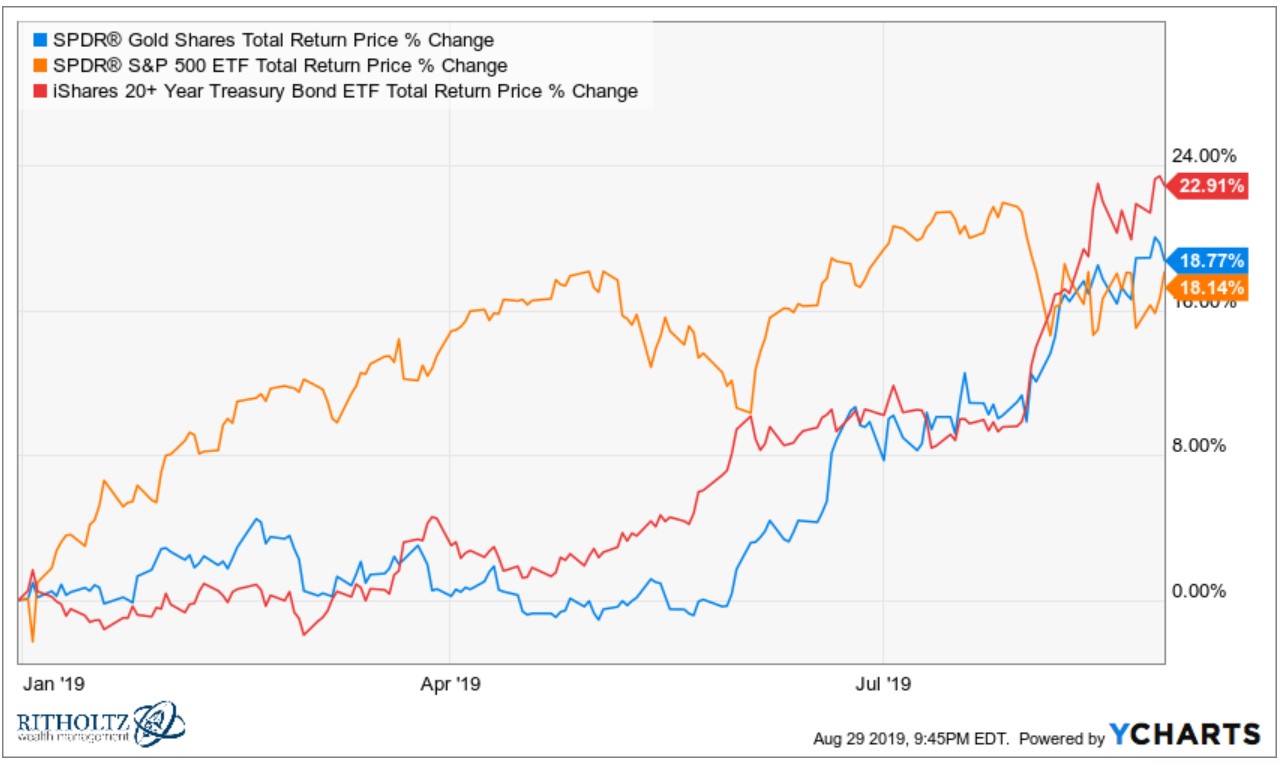 I can’t remember a year when all three of these very different assets were all up so much at the same time.

So I looked back at the annual returns on all three going back to 1930. There was exactly one time when all three were up 15% or more in the same year.

Keeping with this same theme, I wanted to find out how often the three of these assets were all down during the same year.

This too has happened just once since 1930. It just so happened to be last year: 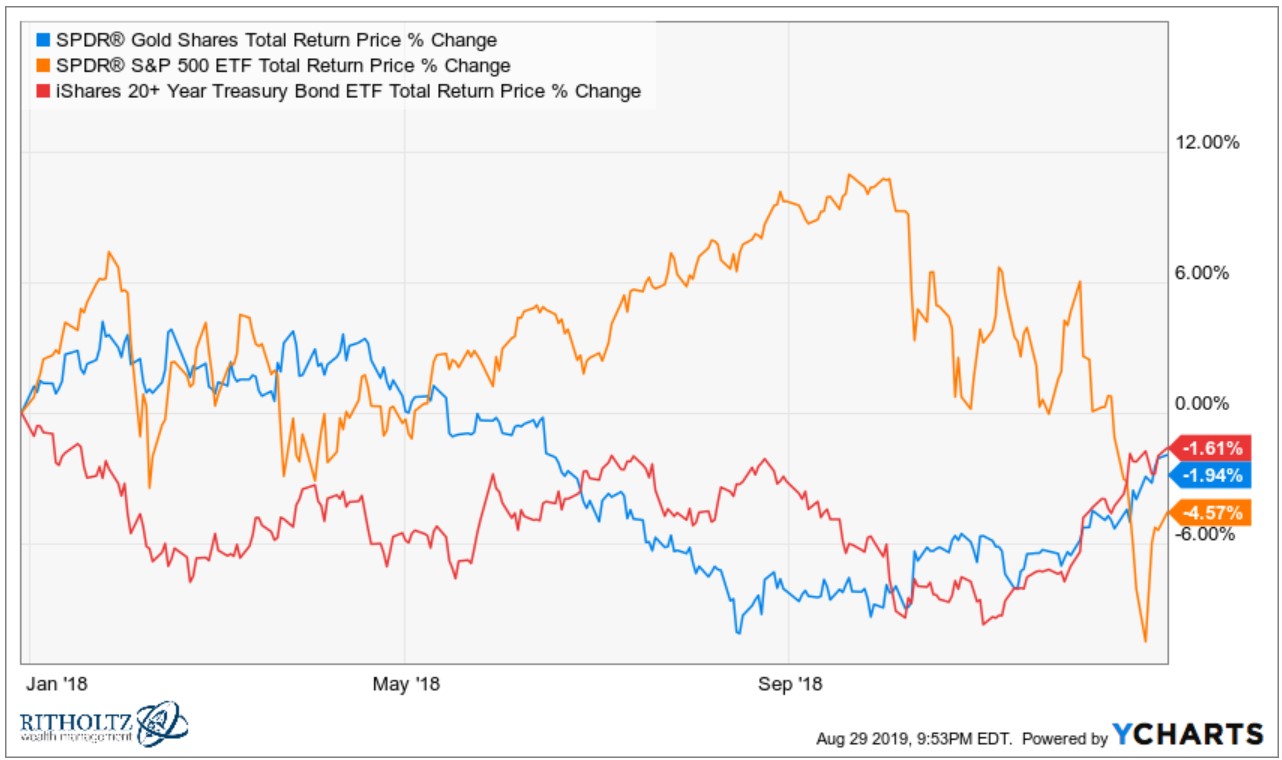 So we now have something that’s never happened before in one year, followed up by something that’s only happened one time in history (assuming it holds for the remainder of the year, which is far from certain) the next year.

Granted, we’re still only eight months into the year. It’s hard to make any concrete conclusions from such a short period of time.

I suppose you could blame the fact that rates are as low as they’ve ever been for the unorthodox asset class moves we’ve seen over the past couple of years.

There are two ways to look at this:

(1) Financial market relationships are broken for some reason.

(2) Things that have never happened before seem to happen more often than we think.

I lean more heavily in the second camp but anything is possible.

One of my biggest takeaways from looking at this long-term data is the power of diversification. It’s rare for these different asset classes to rise and fall in concert with one another during the same year.

This is a good thing for portfolio construction purposes. It means diversification is working.