U.S. stocks and bonds are both having a phenomenal year so far. The Vanguard Total Stock Market ETF (VTI) is up more than 21% while the Vanguard Total Bond Market ETF (BND) has risen by almost 6%. Developed international and emerging markets are also up big (VEA and VWO both up roughly 14%) so it’s been a great year (again, so far) for the traditional asset classes. But it may seem odd at first glance to some that stocks and bonds could both be up so much this year given many investors assume these assets are negatively correlated.

Here’s a piece I wrote for Fortune that dispels this myth and provides some context around the idea of portfolio correlations.

Stocks and bonds are moving higher together — for now.

The huge market gains in the first part of 2019 aren’t guaranteed to stick for the remainder of the year. But one thing is certain: It’s not out of the ordinary for stocks and bonds to rise in concert with one another.

In fact, going back to the inception of the Aggregate Bond Index in 1976, this was just the eleventh time a 60/40 portfolio of stocks and bonds began the first half of the year up double digits.

This relationship might not make sense to those who assume stocks and bonds should move in different directions but the whole point of diversification is to combine assets that act differently during various market environments. The problem is investors often confuse how to think about correlations within a portfolio. Most investors assume you want to own negatively correlated investments that move in opposite directions. But what you really want is assets that have a positive expected return profile with correlations that change over time depending on the market environment. 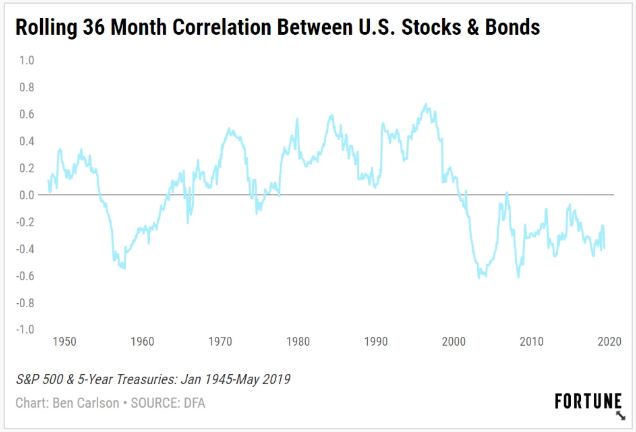 The relationship between stocks and bonds is anything but static, like nearly everything else in the financial markets but this is actually a good thing. The true time for bonds to shine in a portfolio is not when stocks are up but when they’re down, which is the only time you want that negative correlation to kick in. 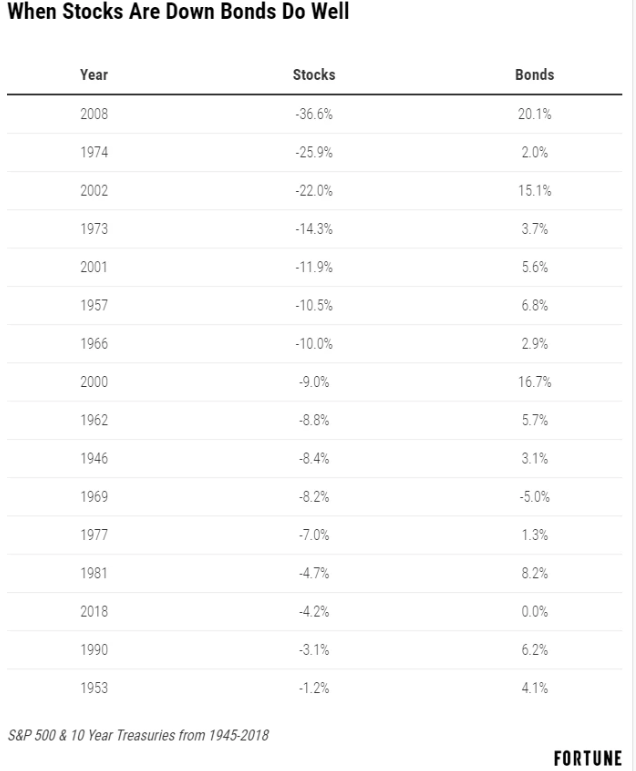 This is when bonds prove their worth in a portfolio, offering investors stability during times of volatility and the ability to rebalance into falling stocks or use bond proceeds for spending needs.

The first half of 2019 was about as good as it gets for investors in U.S. stocks and bonds. That won’t last forever. The good news is when the inevitable setback occurs in stocks, bonds tend to provide some shelter from the storm.