It’s become an annual tradition on this blog to update asset class returns on an asset allocation quilt I created for a few reasons:

(a) Asset allocation is typically the most important aspect of portfolio management so understanding how the various asset classes performed is instructive when trying to understand your results.

(b) This is a useful exercise to remind myself how difficult it can be to pick the best (or worst) performing asset class in a given year.

(c) You can learn a lot about how markets function by looking at performance in this way.

Here are the past 10 years of returns along with the annualized 10 year results: 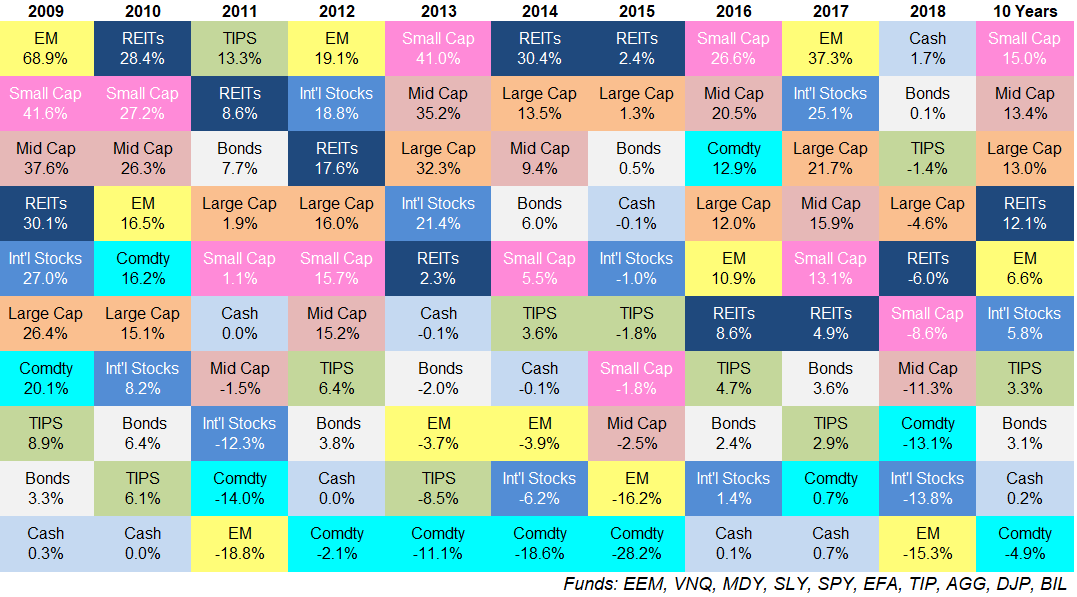 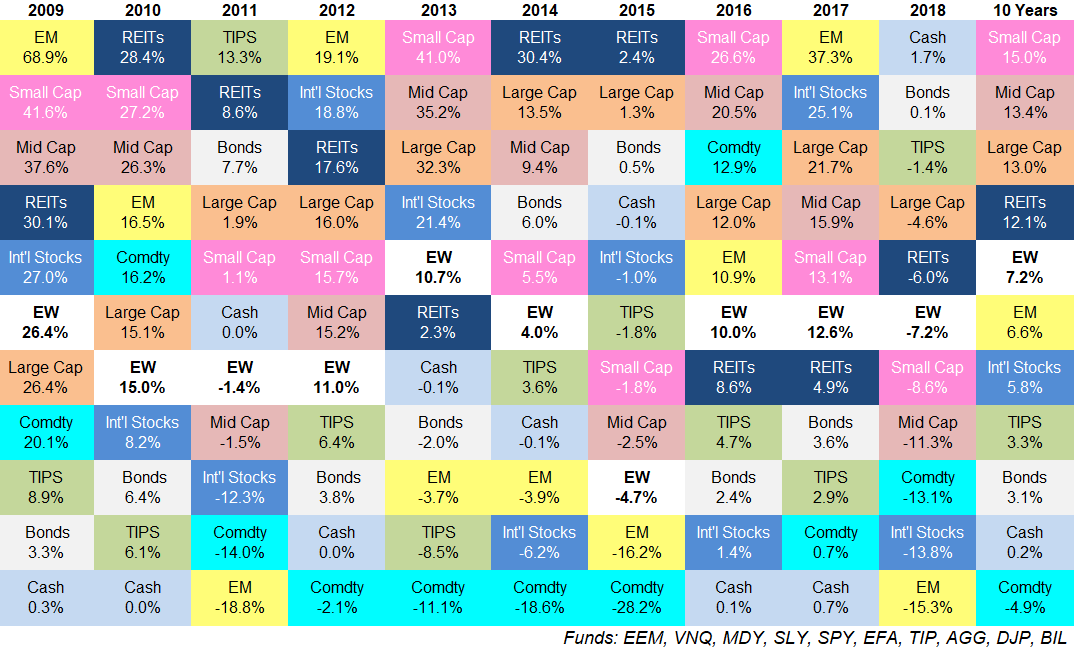