I’ve been on the road a couple times in the past two weeks so I’ve been doing an above average amount of reading lately. My standard rule for plane travel is no in-air Internet for two reasons:

(2) It’s kind of nice to have a self-imposed break from technology (even though the first thing I do is check my phone when I land).

Here are some of the books I’ve been reading on my travels along with something enlightening from each:

This is Marketing by Seth Godin 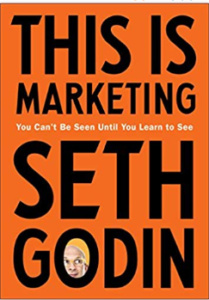 I’ve always been impressed by Godin’s ability to make complex topics accessible, understandable, and relatable through his blog, books, and podcast appearances. His new book is no different. I love the way he describes marketing:

Marketing is the act of making change happen. Making is insufficient. You haven’t made an impact until you’ve changed someone. Changed the boss’s mind. Changed the school system. Changed demand for your product.

Godin discusses storytelling, finding the right customers, measuring how you market and pricing your services. I also loved how he distinguishes between tactics and strategy in terms of culture:

Your tactics can make a difference, but your strategy—your commitment to a way of being and a story to be told and a promise to be made—can change everything. If you want to make change, begin by making culture. Begin by organizing a tightly knit group. Begin by getting people in sync. Culture beats strategy—so much that culture is strategy.

Impossible to Ignore by Carmen Simon 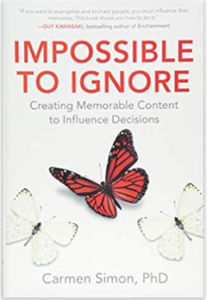 This one is a nice complement to Godin’s book because it’s all about how to get people to remember your message. And it does so by going over the science behind how the brain forms memories. My favorite example of our short attention span is the fact that visitors to the Louvre spend an average of just 15 seconds looking at the Mona Lisa, perhaps the most famous painting in the world.

Here’s Simon talking about the research behind getting people to act:

Research reveals that when people act on future intentions successfully, they complete these three steps, sometimes within fractions of seconds:

1.   Notice cues that are linked to their intentions

2.   Search their memory for something related to those cues and intentions

3.   And if something is rewarding enough … execute

This is a good description of how most people invest because our brain seeks rewards while trying to avoid punishments. 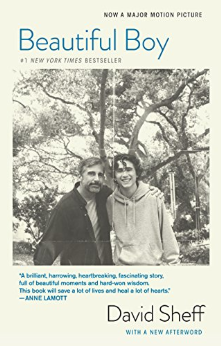 This book hit me like a ton of bricks. Sheff details the story of his son Nic’s drug addiction and the impact it’s had on his family’s life. As a parent, this one freaked me out in some ways because Sheff does a lot of soul-searching to figure out what role he could have played in his son’s addiction.

I don’t have personal experience with addiction but the way he frames it as a disease that roughly 10% of people are basically born with helped me understand something I didn’t previously. Sheff’s description of parenthood rang true for me as well, “Along with the joy of parenthood, with every child comes a piercing vulnerability. It is at once sublime and terrifying.”

This one was turned into a movie with Steve Carell and up-and-coming young actor Timothee Chalamet. It’s not the most uplifting story in the world but learning about how others deal with suffering can be useful. 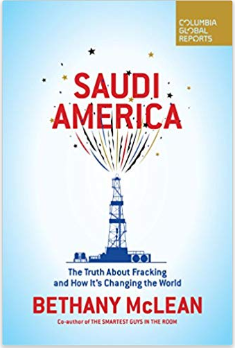 This is the perfect niche book because it’s relatively short (130 pages or so), gives just enough background information to bring you up to speed, and helps you learn about a topic that is extremely important but may be out of your wheelhouse. I’ve read a number of stories over the years on fracking and what it’s meant for the U.S. and our energy needs but McLean’s book gave me a broader understanding of how we got here and what it means going forward. And the stories about Aubrey McClendon were wild.

Some stats and anecdotes: 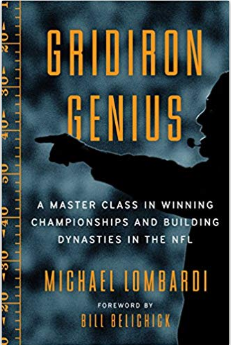 This is a must-read for all NFL fans. Lombardi has worked for a number of NFL teams and directly for two of the greatest coaches of all-time, Bill Walsh and Bill Belichick. There are also some excellent AL Davis Raiders stories in here:

In 1981 Davis selected Texas Tech cornerback Ted Watts with the twenty-first pick. When he finally got to meet Watts, Davis stuck out his hand and said, “Ah, the fastest man in Florida.” To which Teddy replied, “Yeah, thank God that white boy slipped out of the blocks and pulled his hamstring.” Davis was brought up so short that he almost pulled his own hamstring. He had made his pick on false pretenses. That white boy, it turns out, was Cris Collinsworth, who recently was named one of the top 50 Bengals of all time. Watts’s NFL career never made it out of the starting blocks. He started just 22 games with the Raiders.

Lombardi makes plenty of useful parallels between the NFL and business as well.

*I didn’t read all of these books in 2 weeks. I just get bored with non-fiction books at times and need to hop around from book to book so some of these were ones I finished from an earlier start date.