I was having dinner with a group of friends when someone asked what I thought the key to a happy marriage was.

My tongue-firmly-in-cheek response was “a king-sized bed.”

My wife and I bought a memory foam bed a number of years ago and there’s no way we could ever go back to a regular mattress at this point. When you consider the amount of time spent sleeping, it’s hands down one of the best purchases we’ve ever made.

For some reason, I never put two and two together to realize I should take this a step further and get a memory foam pillow as well. I recently rectified that situation and the memory foam pillow only adds to my comfortable night’s sleep.

Memory foam material was actually developed by NASA to cushion the blow for astronauts in the event of an accident. Since NASA is a government organization, they don’t patent their discoveries, so the idea was actually available to the public for some time before anyone did anything with it.

Researchers in Sweden were the first ones to make the connection that this material would make for a more comfortable night’s sleep. But the idea didn’t really take off until a former horse racing enthusiast by the name of Bobby Trussell realized the potential memory foam had to disrupt the sleep market.

Trussell began his journey to get Tempur-Pedic off the ground by first selling pillows using the NASA-developed material. Brookstone was already selling a bunch of pillows so their purchasing manager didn’t think they needed to add another to their line-up but Trussell convinced him this one was different than the others.

Brookstone told him they would have to sell it for $90 to position it as a higher end item to stand out from the crowd. Trussell didn’t know how this would work since the chiropractors he was going through were selling it for $70.

Trussell was surprised to find the higher price tag actually made the pillows more appealing to customers. They sold like crazy and the rest is history. Memory foam is now a booming business with Trussell and Tempur-Pedic acting as trailblazers.

Guy Raz asked Trussell how the higher price of the pillow impacted sales on an episode of How I Built This:

Raz: Do you think the fact that it was so expensive was like added cache?

Trussell: I think if you sold it for $30, you would sell less.

So positioning these pillows as a high-end product likely led to an increase in sales while a lower price would have decreased demand, turning everything you’ve read in economics textbooks on its head.

This is because pricing is often more psychological than most people realize. Many people assume you get what you pay for. To a certain extent, this can be true when you actually pay up for quality but that’s obviously not always the case.

Settling on the right price for a manufactured product can be difficult but I’d argue it’s even harder in service-based businesses. The majority of people are now employed in a service profession and I don’t see that changing anytime soon: 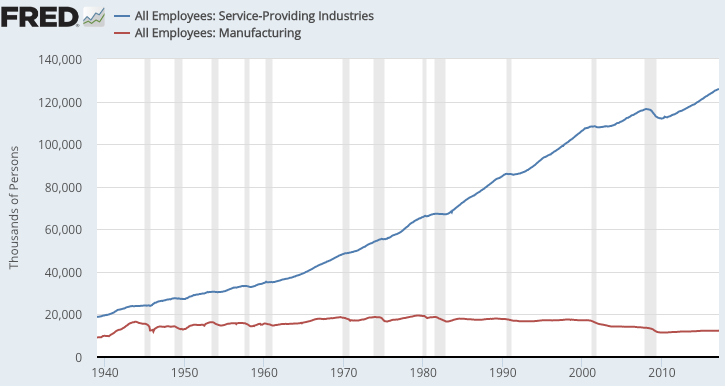 Services are an intangible good since you’re really selling promises of what you’ll perform in the future. The end client can’t hold the product and inspect it. They have to take your word for it. Trust is a huge element in this process.

In Selling the Invisible, Harry Beckwith grapples with this question from the perspective of a service-based business:

If no one complains about your price, it’s too low.

If almost everyone complains, it’s too high.

Beckwith lands on 15% to 20% as just about the right level of pushback. His reasoning is that 10% or so of people will complain about any price they have to pay because they always want a deal. Others have a budget in their mind and any deviation from that price is seen as wrong. Still, others will negotiate every price because that’s how they’re hardwired.

He says, “Setting your price is like setting a screw. A little resistance is a good sign.”

The market often sets the price for most businesses but for those who are able to add value and prove it, it’s probably not a bad sign when you receive some pushback on the prices you charge.