My least favorite market stats lead off with the following:

This is always followed by Amazon, Berkshire Hathaway, Bitcoin or some other asset that has seen enormous gains since its infancy. And if you had only invested $10,000 you would be a millionaire many times over. So why didn’t you?

First of all, picking these winners is hard. No one ever says:

If you would have just invested $10,000 in General Electric 5 years ago, your initial investment would be worth $6,250.

This is true by the way but that’s not quite as sexy as discussing the huge gainers.

Being involved in the best-performing stocks is made even more difficult by the fact that they can often be the hardest ones to hold. The biggest winners tend to experience ginormous losses along their way to those gains, which is why the number of investors who ride them to riches is few and far between.

Someone recently emailed me a list of the best-performing stocks since the market bottomed in early March of 2009. The returns are spectacular. Here are the performance numbers for top 5:

This story was from this summer so the performance numbers may have changed in some cases. Still, this group of relatively unknown companies has killed the market over the past 9 plus years.

These types of gains get the wheels turning. What if…

But there’s another side to these numbers that becomes apparent when you dig in a little further. These stocks have gotten slaughtered on numerous occasions during their run-ups in price. Here’s the drawdown chart for PATK since March of 2009: 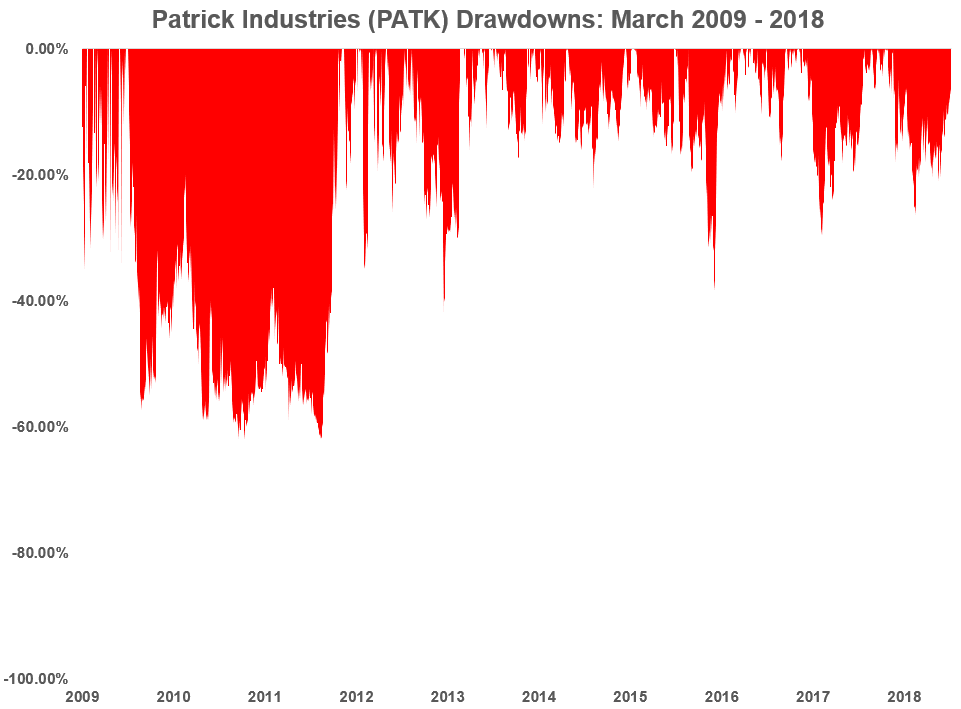 And here are the drawdowns for the remaining stocks from the top 5: 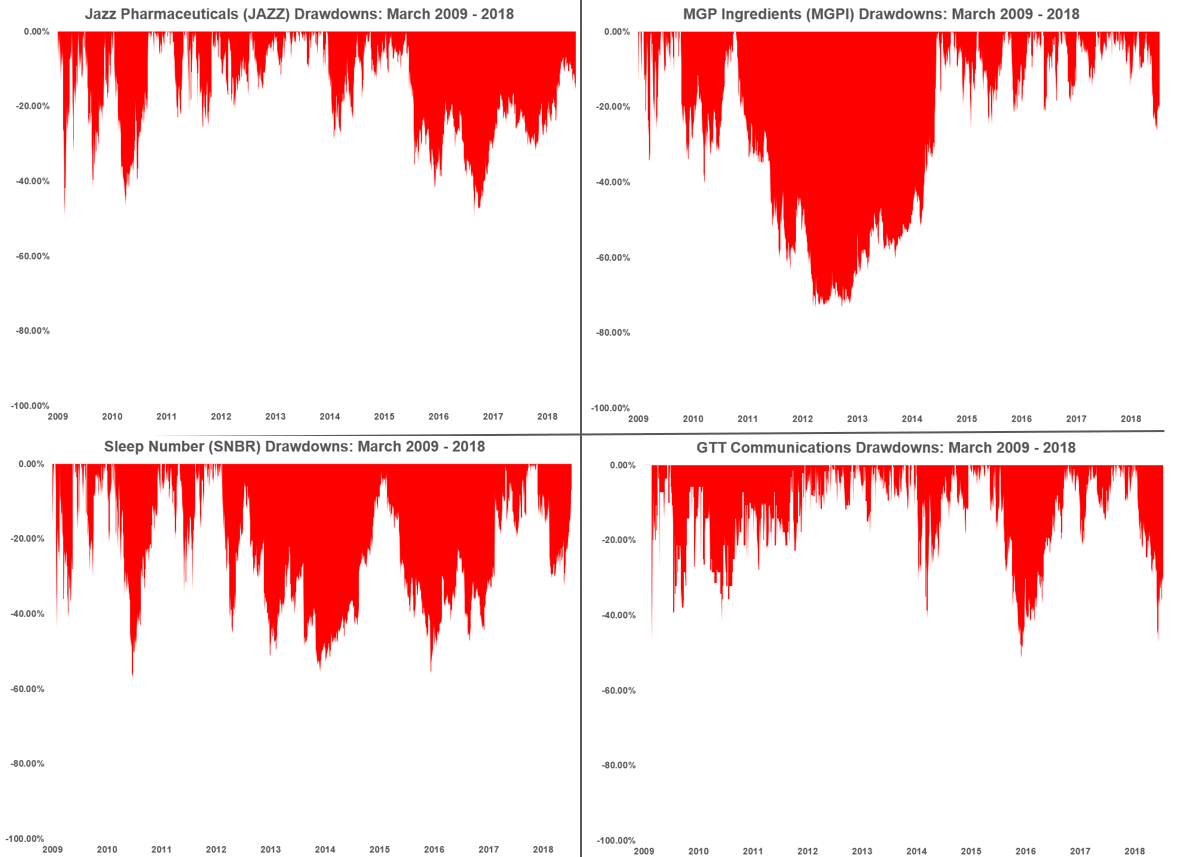 These stocks all experienced multiple individual bear markets ranging from 20% to 60%. Here is the list of max drawdowns for each name during this time frame:

Of course, one of the reasons the returns have been so spectacular since 2009 is because these stocks got absolutely annihilated during the crisis. So let’s back things up a bit and see how the losses looked from October of 2007: 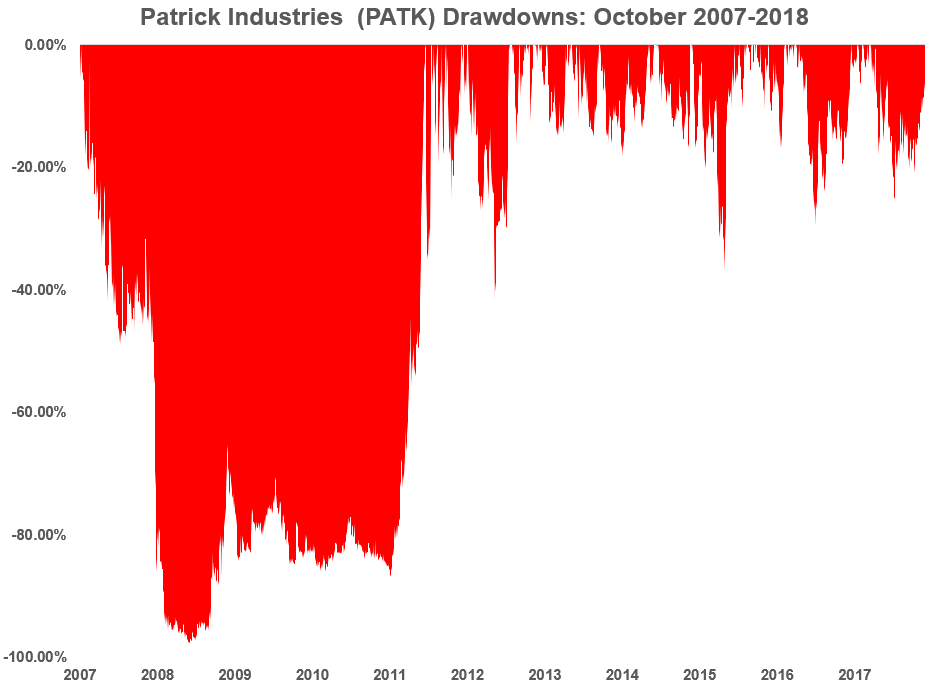 And the other four stocks: 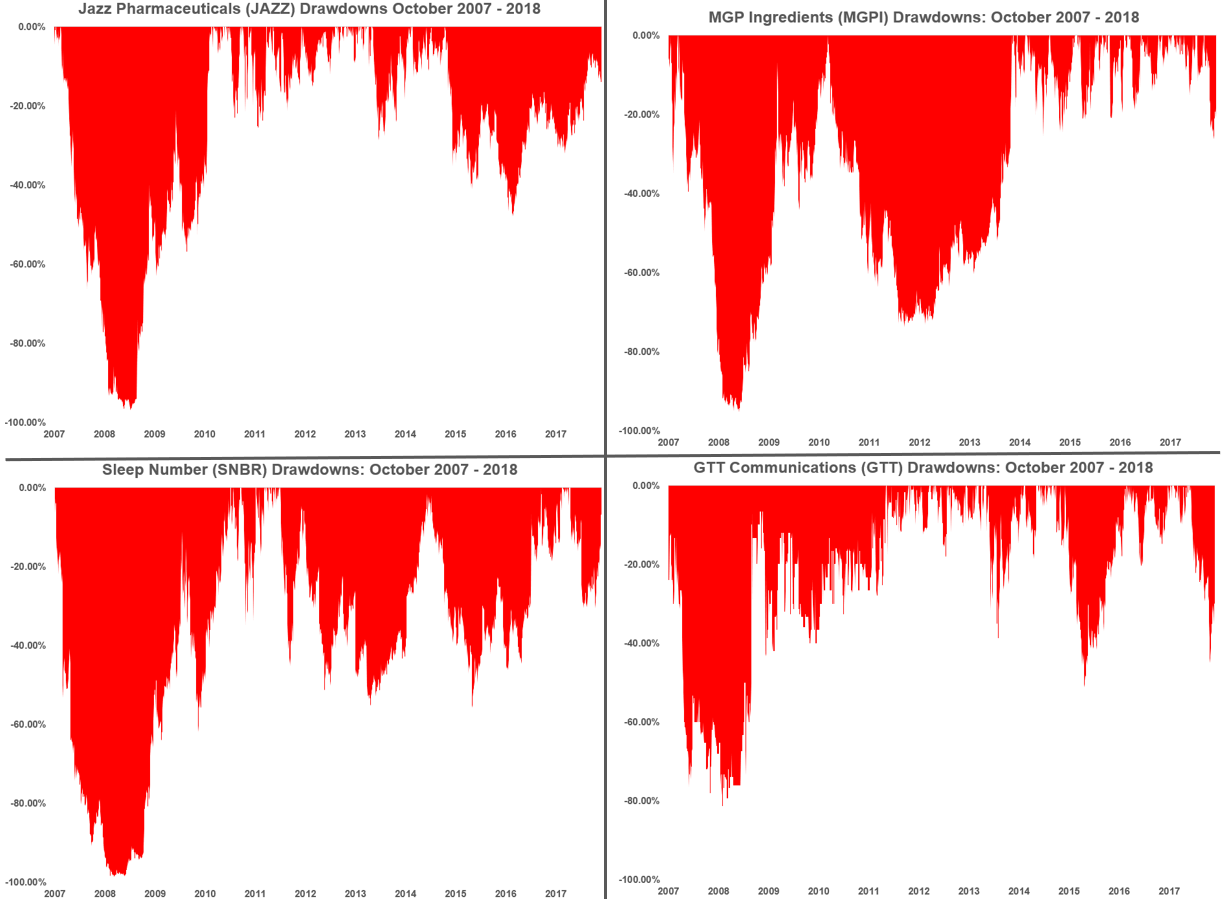 Each one of these stocks basically had their own depression:

They were being priced as if they were going out of business. And that 81% loss in GTT is likely understated. I looked at the prices in January, February, and March of 2009. The price of the stock was exactly the same for 38 straight trading days, which means there was no liquidity in the name because no one was trading it.

If you had the wherewithal to buy and hold distressed companies such as this, more power to you. But I’m guessing the majority of investors wouldn’t have the intestinal fortitude to sit through this type of insane volatility and bone-crushing losses.

The best-performing stocks are often like a lottery ticket. It’s fun to dream about but the chances of striking it rich by holding onto these types of stocks are minimal.