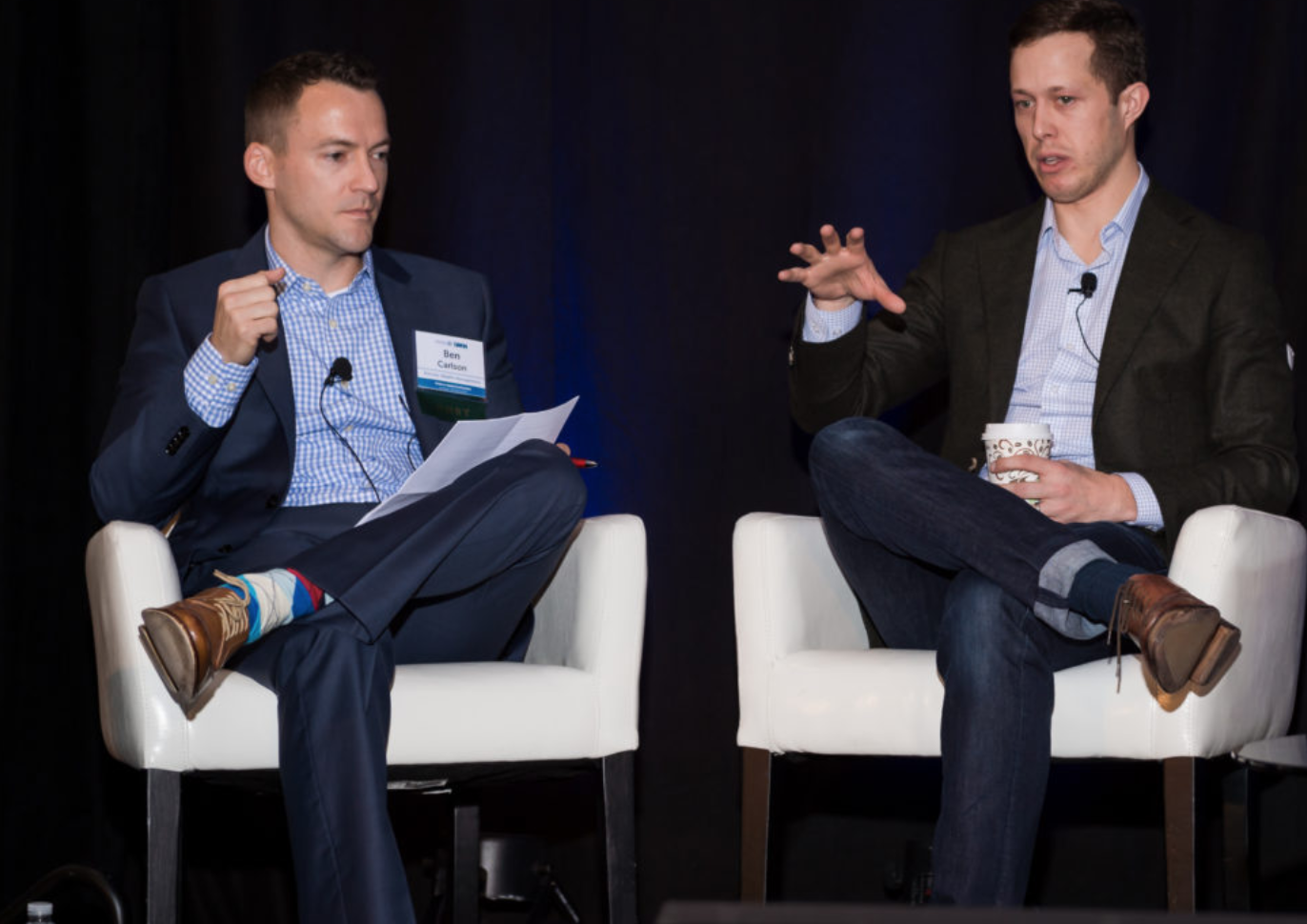 Investment conferences are usually a great way to network and meet people but often end up being fairly boring with little entertainment value in terms of subject matter. A lot of this stems from the fact that it’s difficult for most people to make this stuff exciting but a large portion of the finance industry probably takes themselves too seriously.

At our EBI East Conference yesterday in NYC I found myself more entertained than you would expect at this type of event. Here are some things I found myself laughing at throughout the day: 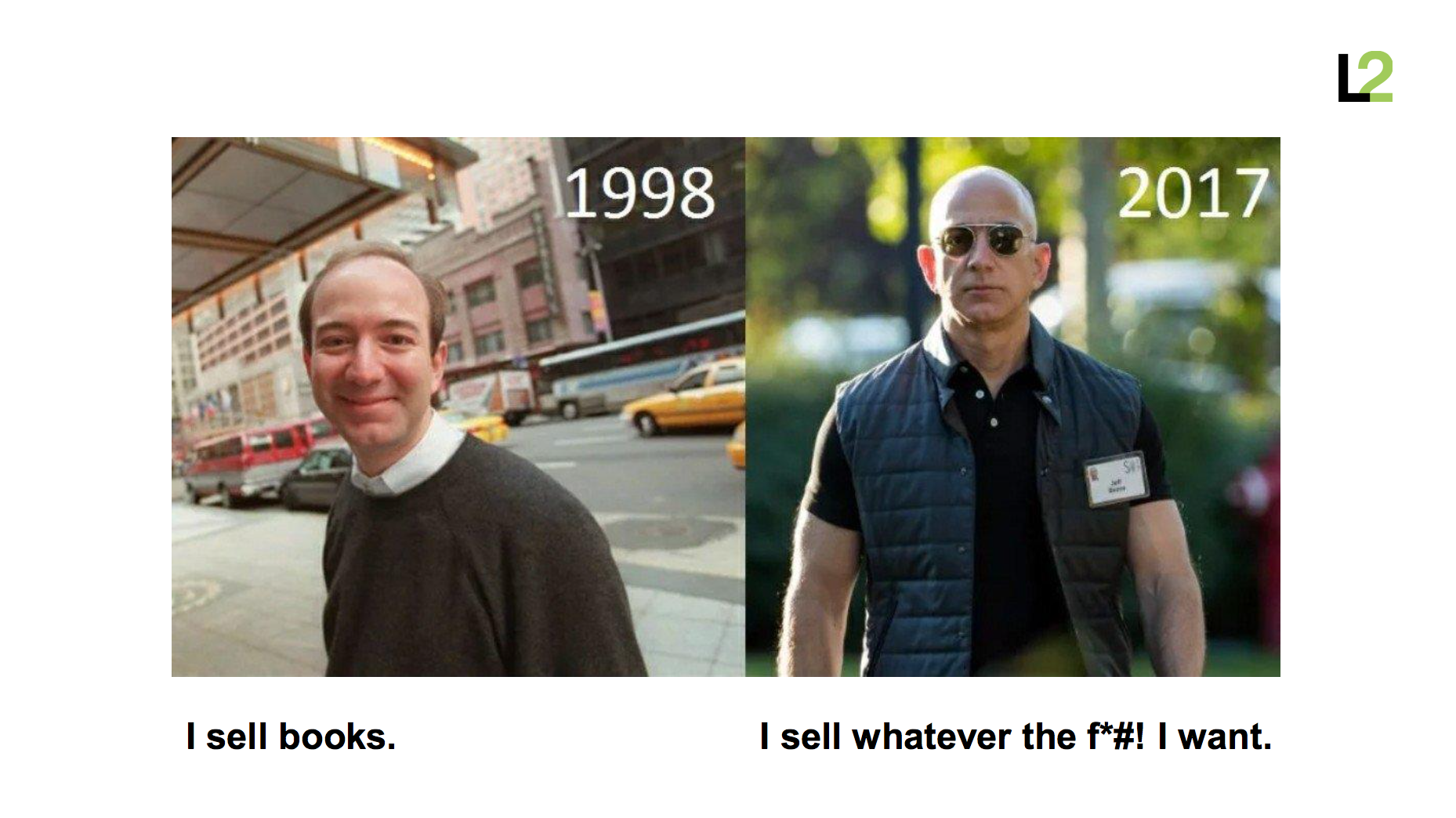 I’ve seen this one before but it still made me laugh seeing it again. I was excited to see Galloway in person and he didn’t disappoint. His talk covered the big four tech firms from his book (Amazon, Apple, Google and Facebook) but also touched on the changing landscape of advertising and branding. This was a very entertaining talk. I’m jealous of how good Galloway is at public speaking.

2. Vanguard’s Tim Buckley. Barry began his fireside chat with the new incoming CEO of Vanguard, Tim Buckley, by asking what his favorite stock is. Buckley didn’t skip a beat and joked, “All of them.”

Galloway made the case that Amazon has been the most impressive company of the past decade. My feeling is Vanguard’s growing importance in the asset management is nearly as impressive (Morgan Housel later joked that in five years the entire economy will be Amazon and it will all be held by Vanguard).

We got to hear now exiting CEO Bill McNabb speak at last year’s event and I was blown away by how thoughtful and intelligent he was about the issues facing the company and industry they operate in. Buckley shares those same qualities. My first impression is that Vanguard is in good hands in terms of leadership going forward which is good because it’s now arguably the most important investment company in the country.

3. Cliff Asness. Asness is one of my favorite people in the money management business because he’s not only brilliant but also able to make seemingly boring topics interesting and engaging. Barry asked Asness some of his pet peeves and somehow Asness got to talking about Curb Your Enthusiasm. His wife can’t stand the show because the neurotic Larry David reminds her of some of Asness’s own foibles.

He shared that his wife once said, “He [Larry David] is 100% the 12% of you I can’t stand.” Being a huge Curb fan myself this was hilarious just thinking through what she means by this.

Asness was also asked about his running feud with Rob Arnott from Research Affiliates about their thoughts on factor research. He groaned at being asked about it but claimed victory in the argument by evoking the scene from Monty Python and the Holy Grail where the knight has all his limbs cut off but keeps talking smack anyways. I love this movie so the reference slayed me.

4. Bitcoin. Josh Brown and Jason Zweig had a fascinating discussion in honor of the 10th anniversary of Your Money & Your Brain. The topic centered around understanding human behavior so obviously the topic of Bitcoin was raised. Zweig’s only advice was to have an exit plan if you’re a buyer or holder of cryptocurrencies.

Josh jokingly replied, “My exit strategy for Bitcoin is to have it stolen from me.”

Every conference I’ve spoken at over the past 3-4 months I’ve received questions about Bitcoin. There were a number of questions for speakers at this event as well. Price tends to drive the narrative around these things but the growing interest in this space is becoming a groundswell.

5. Fee wars. State Street’s Jim Ross came to the stage with his arm in a cast for a chat with Josh about the state of the ETF business. Josh explained that Ross had injured his arm in the fee wars with Vanguard and Blackrock (ok, this is an inside baseball joke but still).

Fees were a topic of discussion in many of the panels for a variety of reasons.

One of my main takeaways from this event was people in that room view the future of the asset management industry as a barbell – with extremely cheap or free beta on one end and expensive differentiated products in search of alpha on the other. This makes sense to me and the fund flows back up this idea but I’m guessing it will take a long time to hollow out the closet index funds operating in the middle. Entrenched businesses always have a hard time cannibalizing their past cash cows. 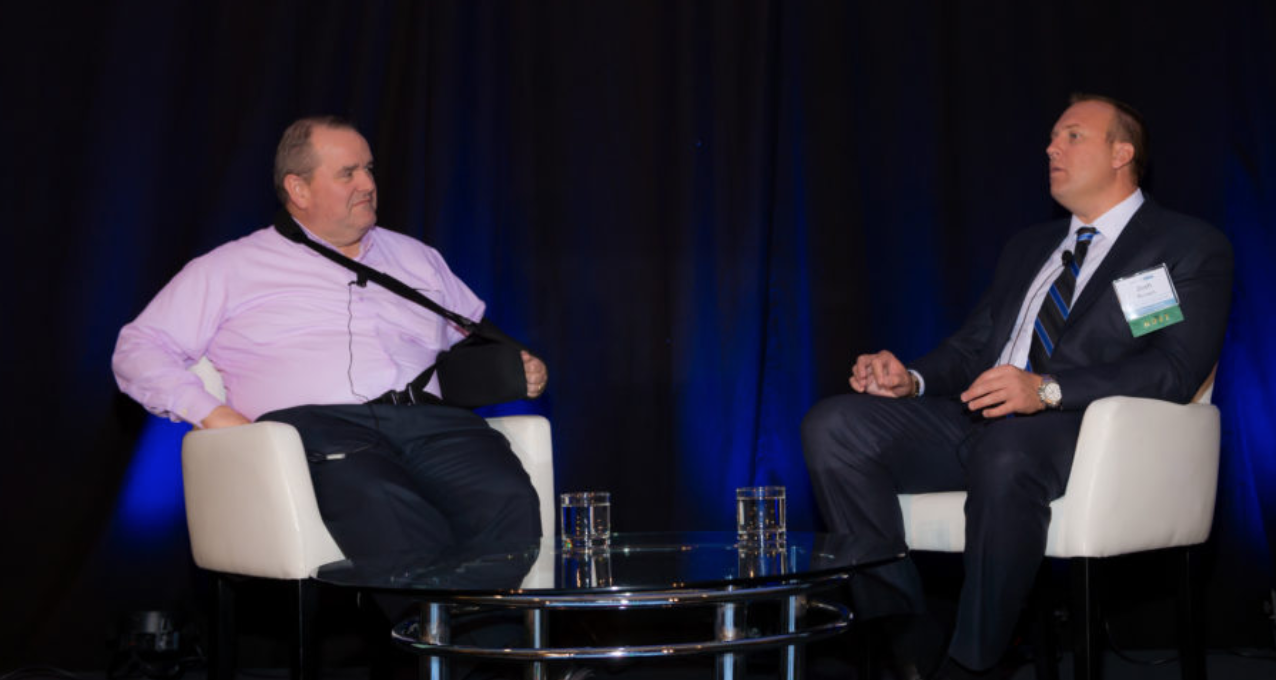 6. My friends. One of the strangest outcomes from starting this website has been all of the great people I’ve gotten to meet and new friends I’ve made over the years. The Internet can be an unforgiving place full of trolls, outrage, and hatred but the benefits far outweigh the negatives for me. One of the biggest unintended benefits I’ve received from it is an entire group of friends and colleagues that I never would’ve expected to meet.

It’s fun to interact with these people online but coming together in person is always a blast. I gained plenty of wisdom from the intelligent speakers at the conference but the experience with friends, both new and old, at the bars, lunches, conference snack breaks, cocktail hours, and dinners are much more memorable.

Following the conference, we had a group of 20-25 people that went to dinner in Tribeca (alas, no Jay Z sightings). The wine may have helped but I can’t recall laughing so hard in a long time as I did throughout this dinner. 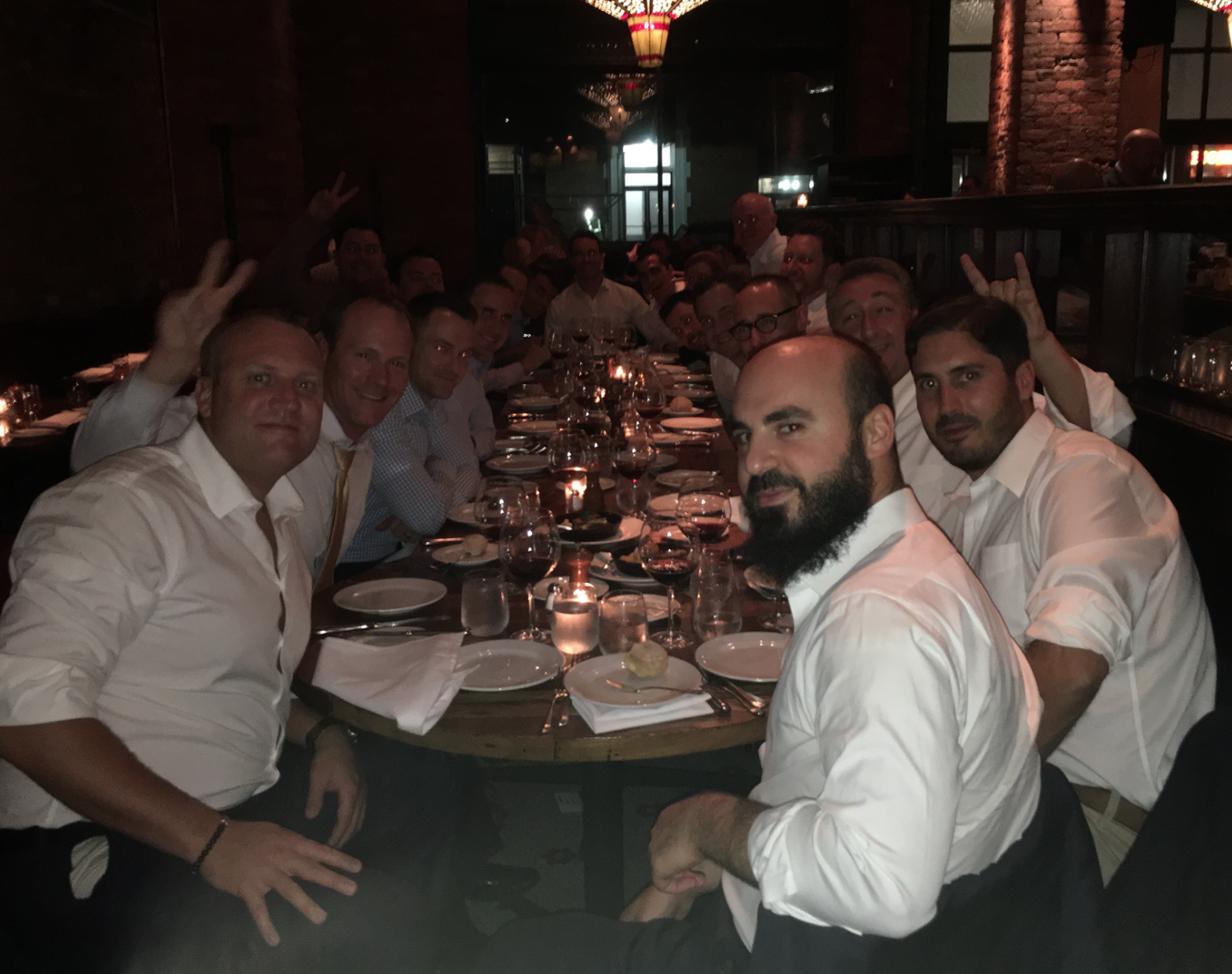 Thanks to all who made this such a great event. I hope to see you all in California when we do this all over again next June.

Further Reading:
The Blog Post That Led to a Conference