Most of the well-known consumer technology stocks saw big losses last Friday, which continued yesterday in what some are calling the “tech wreck.”

A two-day sell-off is jumping the gun just a bit in terms of coming up with labels but here are the losses in Facebook, Apple, Amazon, Netflix and Google on Friday and Monday: 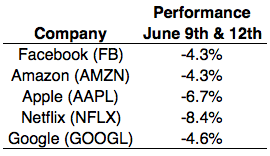 Losses are always painful but to put things into perspective, see the year-to-date gains in these stocks before this mini two-day sell-off: 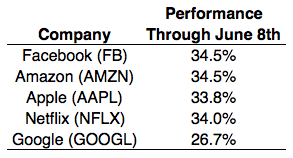 Not only have gains been solid in these names this year but ever since the market bottomed in 2009, tech stocks have been on fire. This annual performance comparison shows the Nasdaq 100 ETF (QQQ) against the S&P 500 ETF (SPY): 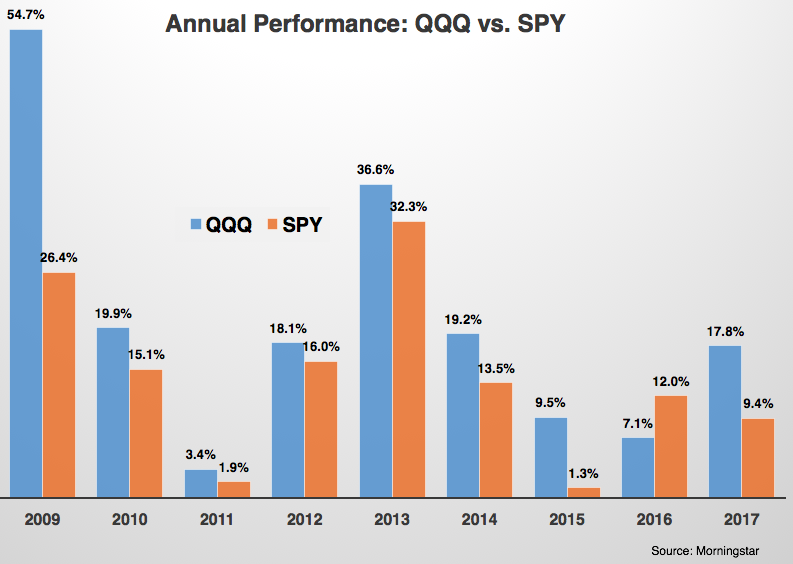 The broader Nasdaq Composite hasn’t seen quite the same level of outperformance, but it’s still very cyclical when you look at things historically. The following chart shows the relative over- or underperformance of the Nasdaq to the S&P 500 since 1973 on a rolling 3 year total return basis: 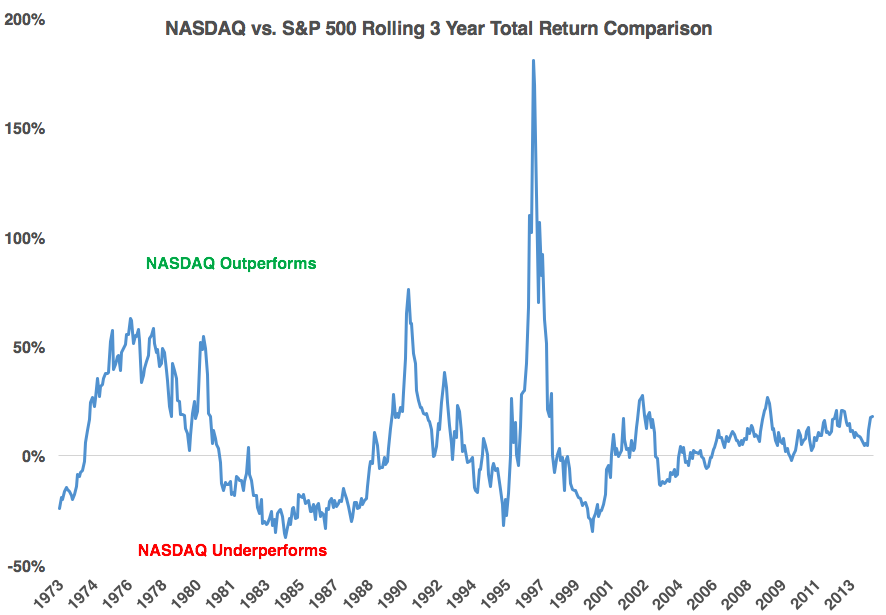 Tech stocks are inherently more cyclical than the broader stock market because you’re dealing with companies that base their livelihood on innovation, growth, and potential. While the performance numbers from 1973-2017 are fairly similar between the Nasdaq and the S&P 500 (10.9% vs. 10.3% annual returns, respectively) the volatility has been much higher in the Nasdaq (21.2% vs. 15.3%).

This increased volatility also manifests itself through much larger drawdowns when things head south: 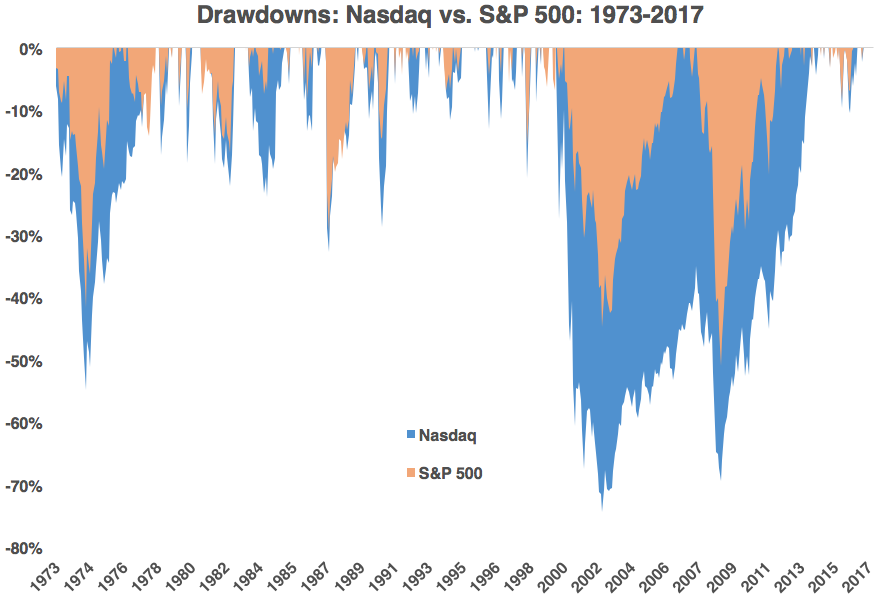 Tech stocks tend to see both bigger booms and bigger busts than the rest of the stock market but this makes sense when you consider how fast things can change in that industry. The majority of today’s big tech ideas, products, and services — the iPhone, Instagram, Uber, Airbnb, Snapchat, Bitcoin, Spotify, etc. — didn’t exist a decade ago.

If you’ve been lucky enough to have stayed invested in tech stocks these past few years, you should give yourself a pat on the back. Making money in a raging bull market is never as easy as it seems from the sidelines.

But just remember that risk and reward are attached at the hip in the financial markets. A smooth ride up in stocks can be followed by a nasty tumble down. Tech stocks have ruled the markets during this cycle. If history is any guide they will likely experience larger losses when the cycle turns.

And just to be clear — two days does not make or break a cycle. No one knows how much longer this rally has or when it will end. But it will end at some point so the trick is to have a plan in place ahead of time, not after the fact.