The past 20 years or so have seen some massive boom and bust periods in the stock market. Many investors see this period as an aberration. Unfortunately, it’s not. See the following chart on inflation-adjusted annual returns on the S&P 500 going back to the late-1800s: 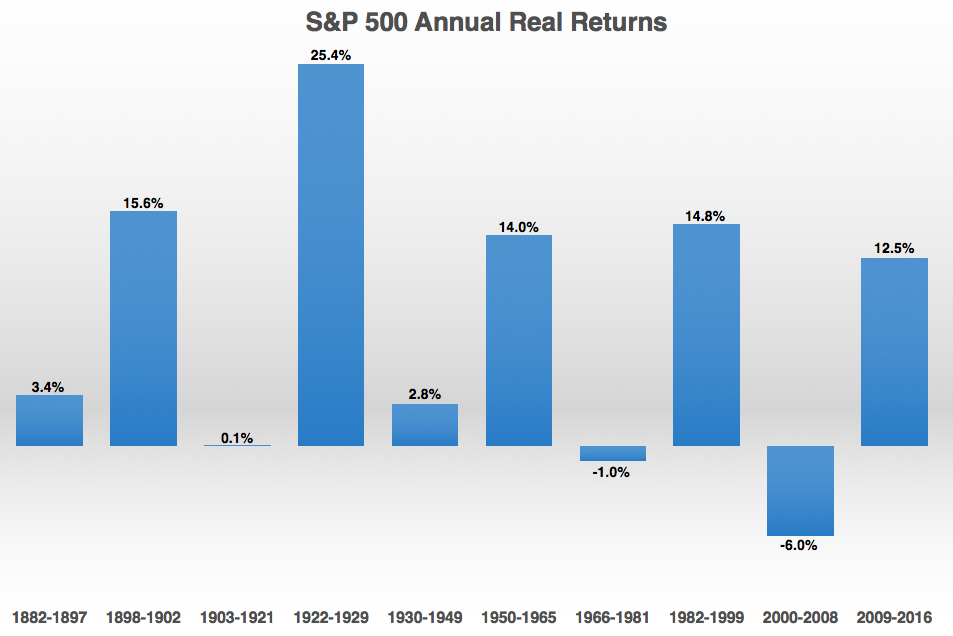 If you torture financial data enough and play around with start and end dates you can show almost anything you want historically but it’s obvious that the stock market is cyclical in nature. Periods of high returns are eventually followed by periods of low returns. Cycles are one of the few dependable aspects of investing in stocks.

A few thoughts on these numbers and how to think about market cycles:

Further Reading:
To Win You Have to be Willing to Lose