A decent bull market sandwiched between two of the most brutal bear markets in history produced one of the worst 10 year stretches ever in the S&P 500* in the first decade of the 21st century. Many investors labeled the 2000s as the “lost decade” for stocks. Considering the S&P lost around 1% a year in this time, it’s hard to argue with that classification.

However, this is just one group of stocks. Other markets, asset classes and regions of the world did much better during this period: 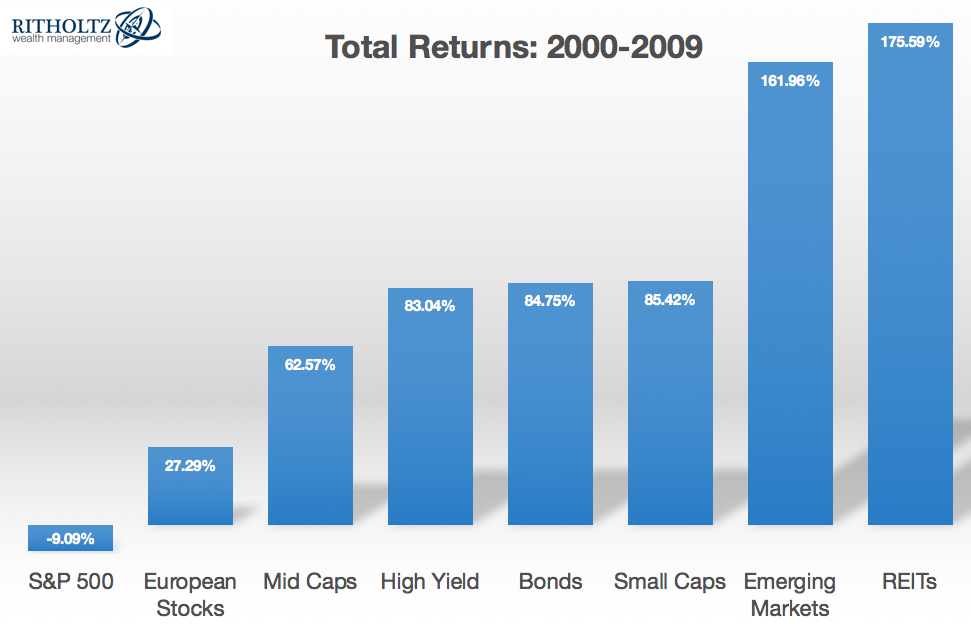 Nothing lasts forever in the markets and the follow-up to the lost decade has seen some massive mean reversion in these standings, most notably between the S&P 500 and Emerging Markets: 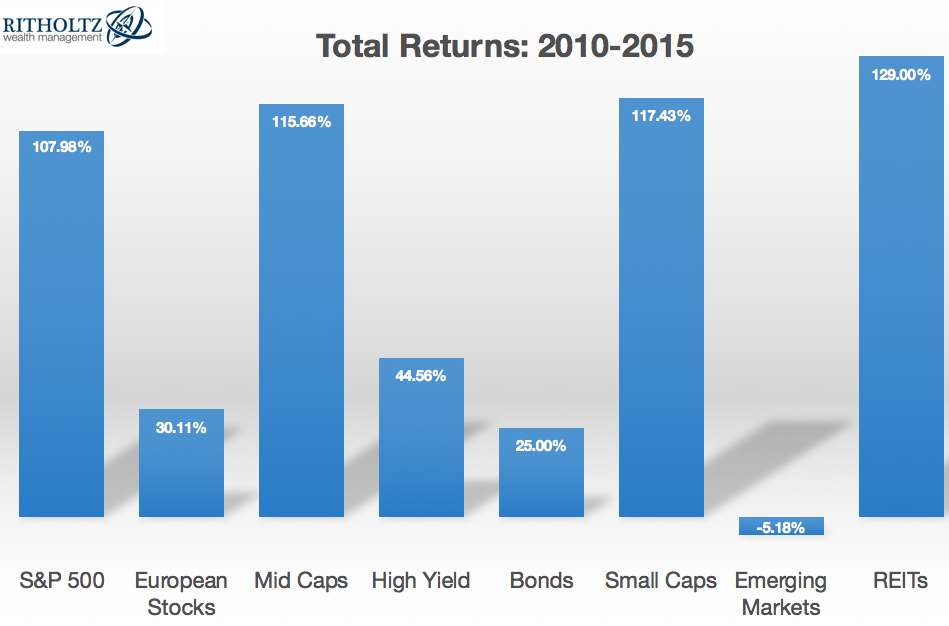 To bring things full circle, here are the returns for the six year period preceding the lost decade: 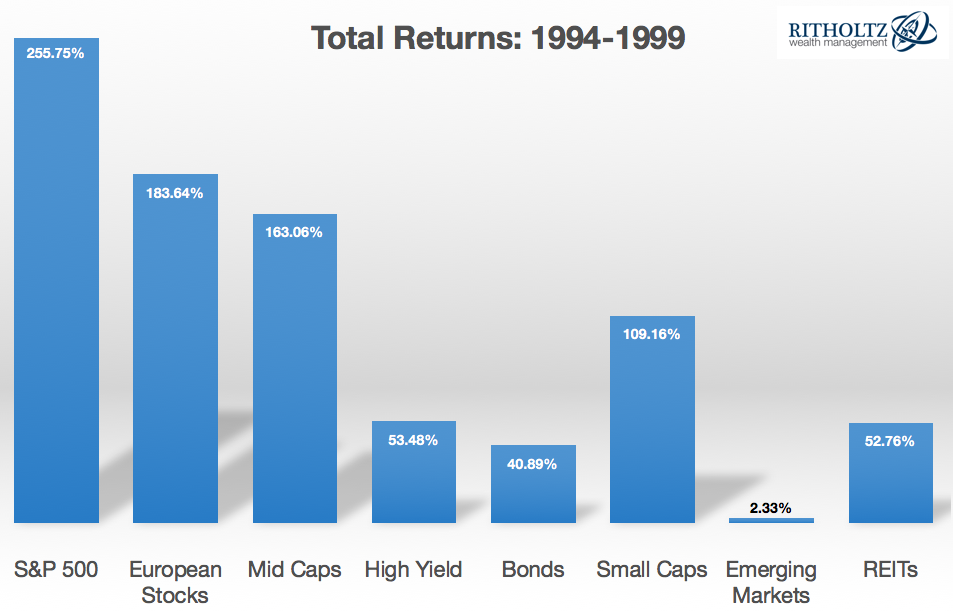 A few more thoughts on these numbers because I always find the cyclical nature of asset returns to be fascinating: