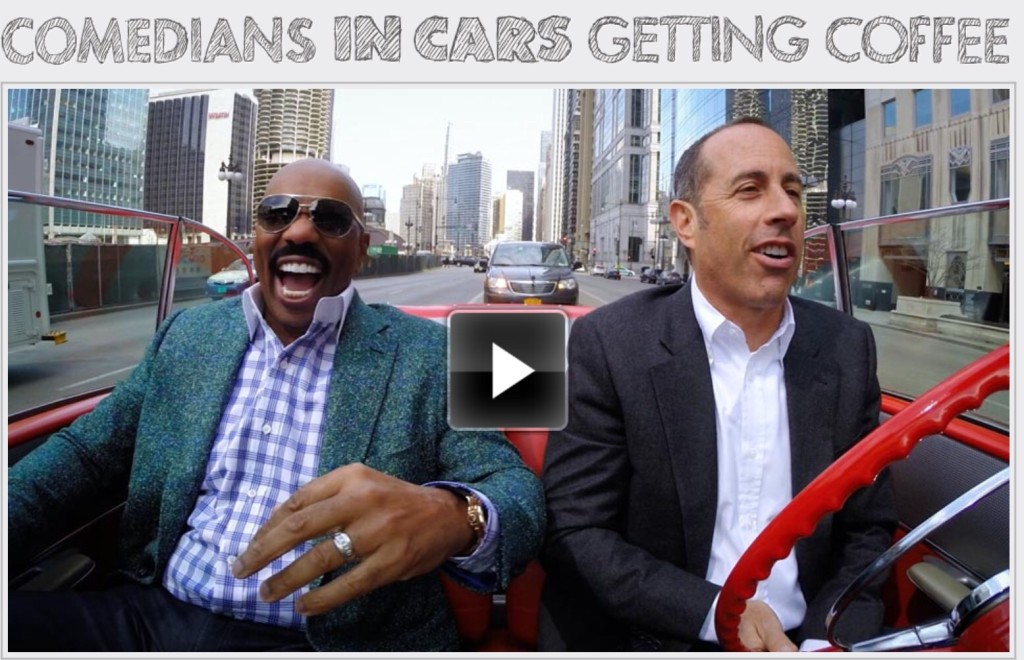 “The stock market is an inexact phenomenon. Laypersons’ opinions often seem as worthy as professionals’, and shoeshine men and brokers compete for genius.” – Michael Steinhardt

Jerry Seinfeld and Steve Harvey had an interesting conversation on a recent episode of one of my favorite shows, Comedians in Cars Getting Coffee, about whether comedy is something that’s an innate trait or something that can be learned:

Seinfeld: I love to talk about comedy. I love to break down why I’m doing this bit this way…why I put that line here and not over here. Do you think I could teach that as a course? Do you think it’s teachable?

Harvey: If you explained it to ‘em, it would make no sense. This is the most senseless profession on earth. I was born with this eyeball that sees everything differently. […] Comedy is the one profession that’s non-transferable. Comedians can become great actors, but great actors can’t become comedians.

In Dual Momentum, Gary Antonacci shares a story about legendary hedge fund manager Michael Steinhardt. When asked what the most important thing an average investor could learn from him, Steinhardt replied, “I’m their competition.”

Steinhart put together one of the most remarkable track records ever, as his fund earned over 24% per year from 1968-1978. This was during a time when the S&P 500 was up less than 4% per year, mostly because of the relentless inflationary pressure and brutal bear market of 1973-74.

In Simon Mallaby’s historical account of hedge funds, More Money Than God, Steinhardt tried to explain his own success, but had a difficult time doing so:

He deployed  “an often inchoate judgment,” he believes — a sixth sense that grew out of the experience of making investment judgments daily. Steinhardt had been fascinated by finance since his thirteenth birthday, when his absentee father presented him with stock certificates as a bar mitzvah gift, and he believes that constant immersion in the markets creates an, “intuition [that] should be lauded and worshipped.” The idea that experience builds judgment may sound plausible, but it falls short of a testable truth. And it is weakened by the fact that Steinhardt made his biggest errors late in his career, at times when experience should presumably have protected him.

He had a hard time even explaining his own reasons for success or at least finding ones that legitimately made sense. As Harvey said about comedy, being a world class investor is something that’s non-transferrable.

I saw Seinfeld in person a number of years ago. In my mind he’s an all-timer when it comes to stand-up comedians. There have been a number of stories over the years about his process for writing jokes and his tireless work ethic for constantly honing new material and continuing to do shows even though he doesn’t need the money anymore. I’m sure young comedians coming up in the game read about Seinfeld’s process in hopes that they can replicate his success. I’m just as skeptical as he is that it can be done.

This is something that investors deal with all the time as so many would like to emulate their favorite billionaire fund manager. It sounds so easy when you read a book or listen to an interview about Soros, Buffett, Marks, Munger or any number of the all-time greats.

I talked about this in my book, because it’s something I learned early on in my career:

Sources:
Comedians in Cars Getting Coffee
More Money Than God: Hedge Funds and the Making of a New Elite

Further Reading:
What You Can’t Learn From Your Heroes