It’s been a long time since the S&P 500 has experienced a double-digit loss. The last one ended in October of 2011, so we’re coming up on three years of relative calm in the markets.

Markets always seem easier with the benefit of hindsight, but there’s always an economic, market or geopolitical headline at the time that adds to the uncertainty. There have actually been a couple of double digit losses since the market bottomed out in early 2009: 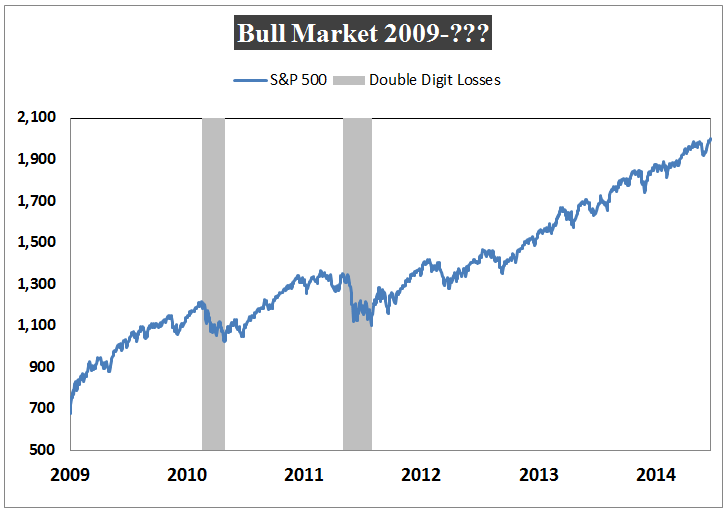 Many thought the European Union was going under in the Summer of 2011. In 2010 we were treated to double-dip recession predictions at every turn.

Looking back at nearly 100 years of stock market data, stocks have averaged a 10% correction once a year and fallen at least 20% once every four years or so. But actual results are anything but average so setting your watch by the averages and waiting for them to happen right on schedule is impossible.

These types of large losses have been seen in all of the biggest bull markets in the S&P 500 since the 1920s.

(Sidenote: Some market purists may quibble with my definition of a bull market, but defining these periods is mainly semantics for finance people to debate. Also, this data uses closing levels in the S&P and doesn’t include intraday declines.)

The 17-18% annual returns of the 1980s and 1990s were remarkable, but this period included a period with a double digit unemployment rate, two recessions, the Gulf War, the 1987 crash, Long-Term Capital Management’s blow-up and an emerging markets crisis among other things: 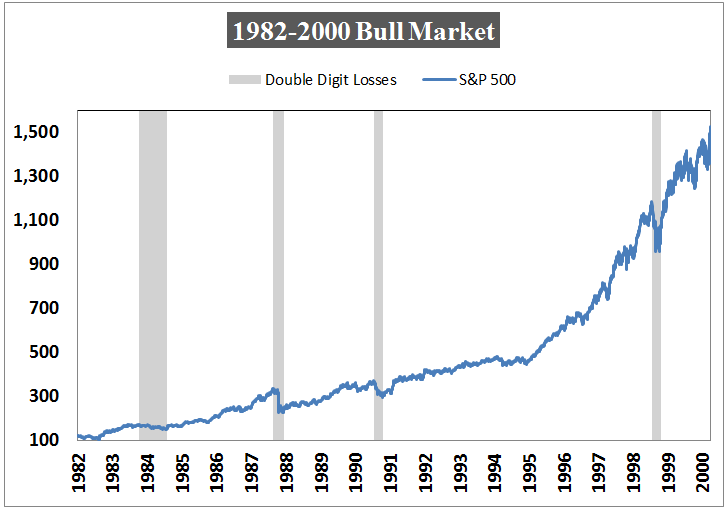 The bull market that started in the early 1940s began during WWII. It also included five recessions, the Korean War, the Vietnam War, the assassination of the president and a number of large losses along the way: 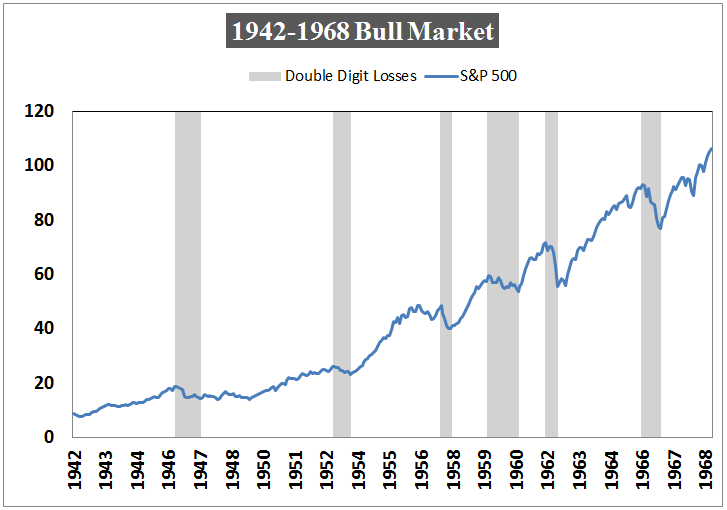 Even 1921-1929 bull market started in the midst of a depression (they used to happen more often than you’d think) and included two more run-of-the-mill recessions: 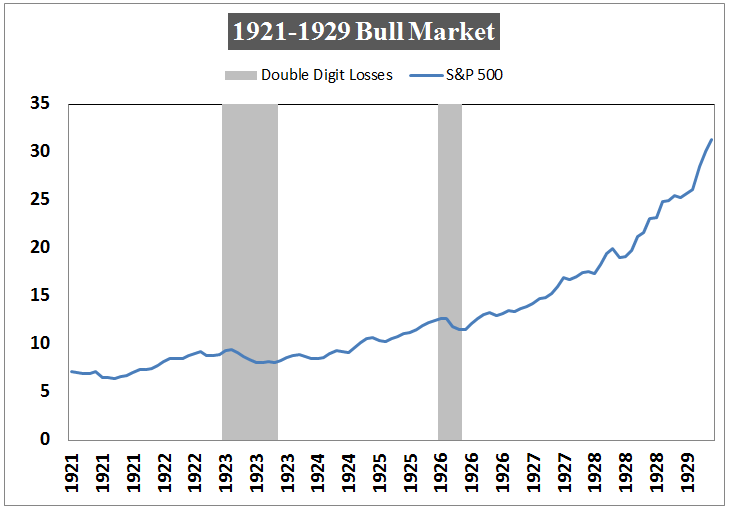 Plenty of pundits think we’re due for a healthy pullback or even an end to the current bull market. The problem is that healthy turns into scary pretty quickly for most investors when stocks do finally fall.

Investors must remember that losses come with the territory when investing in stocks. It’s always for a different reason, but even when things are rolling along nicely, markets do tend to take a breather on occasion.

As many have learned the hard way since the current rally began, guessing when or why these periodic losses will finally happen is nearly impossible.