If I were a Wall Street strategist my 2023 outlook would probably have to look something like this:

We see stocks struggling into the new year. With the Fed’s continued tight monetary policy another correction to start off the year seems inevitable. There is a strong possibility of a mild recession in the second half of the year but the stock market could look past that and rally in the latter half of the year. Stock gains will be a second half story.

I don’t actually believe this but it sounds good, right?

Peter Bernstein once wrote, “Probability has always carried this double meaning, one looking into the future, the other interpreting the past, one concerned with our opinions, the other concerned with what we actually know.”

I’m more concerned with probabilities because the future won’t look exactly like anyone is predicting it will look like right now.

There are probably 3-4 different paths you could talk me into this year that wouldn’t be all that shocking.

The only Wall Street strategist-type forecast I’m willing to make is this: The stock market will have a correction in 2023.

I’m not exactly going out on a limb here for one simple reason — the stock market has a correction every year.

My work shows over the past 100 years or so just 5% of all trading days experience an all-time high for the U.S. stock market. Invert that data and that means 95% of the time as a stock market investor is spent in a state of drawdown from an all-time high.

The stock market cannot go up every single day. In fact, historically the stock market is only up on roughly 55% of all days that it’s open and down on the other 45% of days.

Here’s an updated chart of calendar year returns overlayed with the peak-to-trough drawdown in those corresponding years: 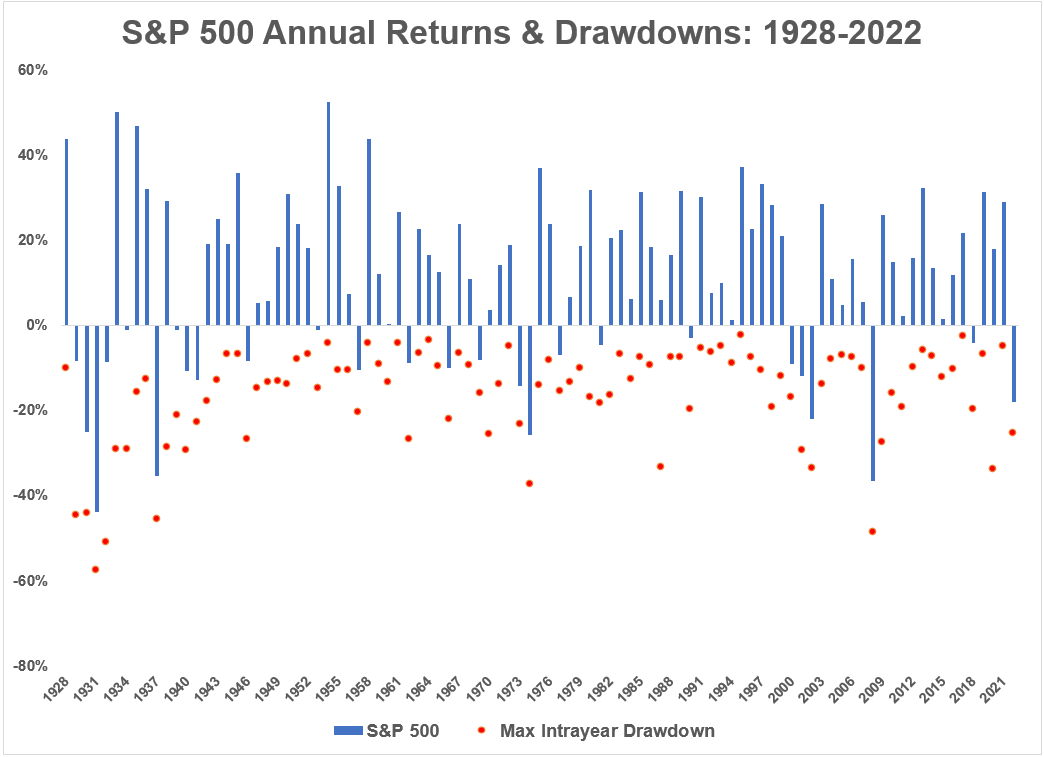 For those of you who aren’t visual learners, here are the raw numbers every year going back to 1928: 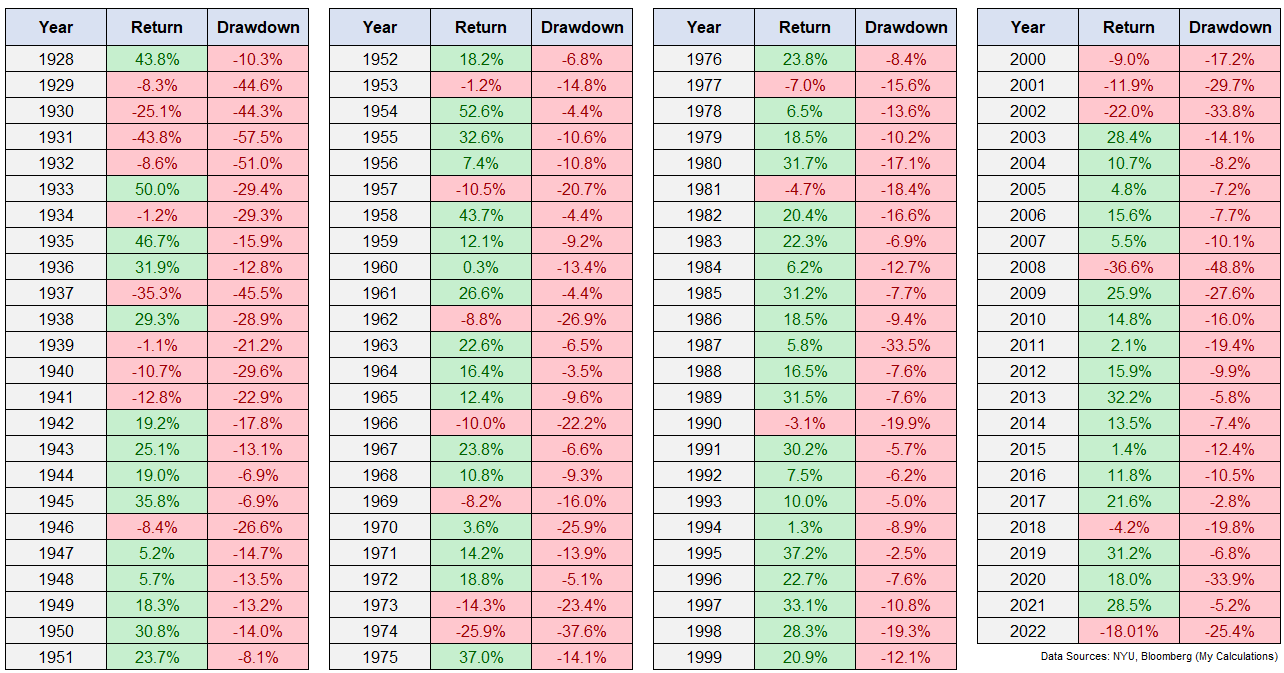 Every year there’s red. Even when stocks finish the year in positive territory there are bound to be some hiccups along the way.

The only thing I can’t make any promises on is the magnitude or timing of the correction.

There are, of course, times when drawdowns are worse in certain time frames than others. Here is the breakdown by decade: 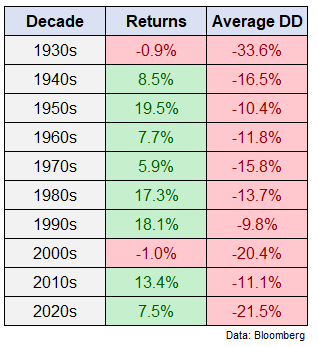 I don’t know what returns the stock market will give us this year.

Maybe they will be good because last year was bad.

Maybe they will be bad again in a continuation of last year.

Whatever the returns end up being by the end of the year, the stock market will have some sort of correction along the way.

Risk is easier to predict than returns when it comes to the stock market.

Michael and I talked about predictions for 2023, stock market corrections and much more on this week’s Animal Spirits video:

Further Reading:
Some Stuff That Probably Won’t Happen in 2023