Fed Chair Jerome Powell is serious about bringing down inflation:

Restoring price stability will take some time and requires using our tools forcefully to bring demand and supply into better balance. Reducing inflation is likely to require a sustained period of below-trend growth. Moreover, there will very likely be some softening of labor market conditions. While higher interest rates, slower growth, and softer labor market conditions will bring down inflation, they will also bring some pain to households and businesses. These are the unfortunate costs of reducing inflation. But a failure to restore price stability would mean far greater pain.

He said pain twice. That can’t be good.

“I was actually happy to see how Chair Powell’s Jackson Hole speech was received,” Kashkari said in an interview with Bloomberg’s Odd Lots podcast on Monday, reflecting on the steep drop after Powell spoke. “People now understand the seriousness of our commitment to getting inflation back down to 2%.”

It’s probably not a good sign that members of the Fed are openly rooting for tighter financial conditions and lower stock prices.

For years investors were told “don’t fight the Fed” but this is the opposite direction.

I have no reason to ignore the Fed’s warnings here. Based on everything they’ve told us, Powell and company are willing to push the U.S. into a recession to bring down inflation.

Recessions are a feature of our economic system but I would prefer to avoid one if possible.

So should we believe the Fed here? Is this all tough talk meant to keep inflation expectations muted? Or are they really going to risk it all and orchestrate a recession?

I’m not a fan of cheering for a recession but this tone is probably the right one for the Fed right now.

Inflation is slowing but still way too high. 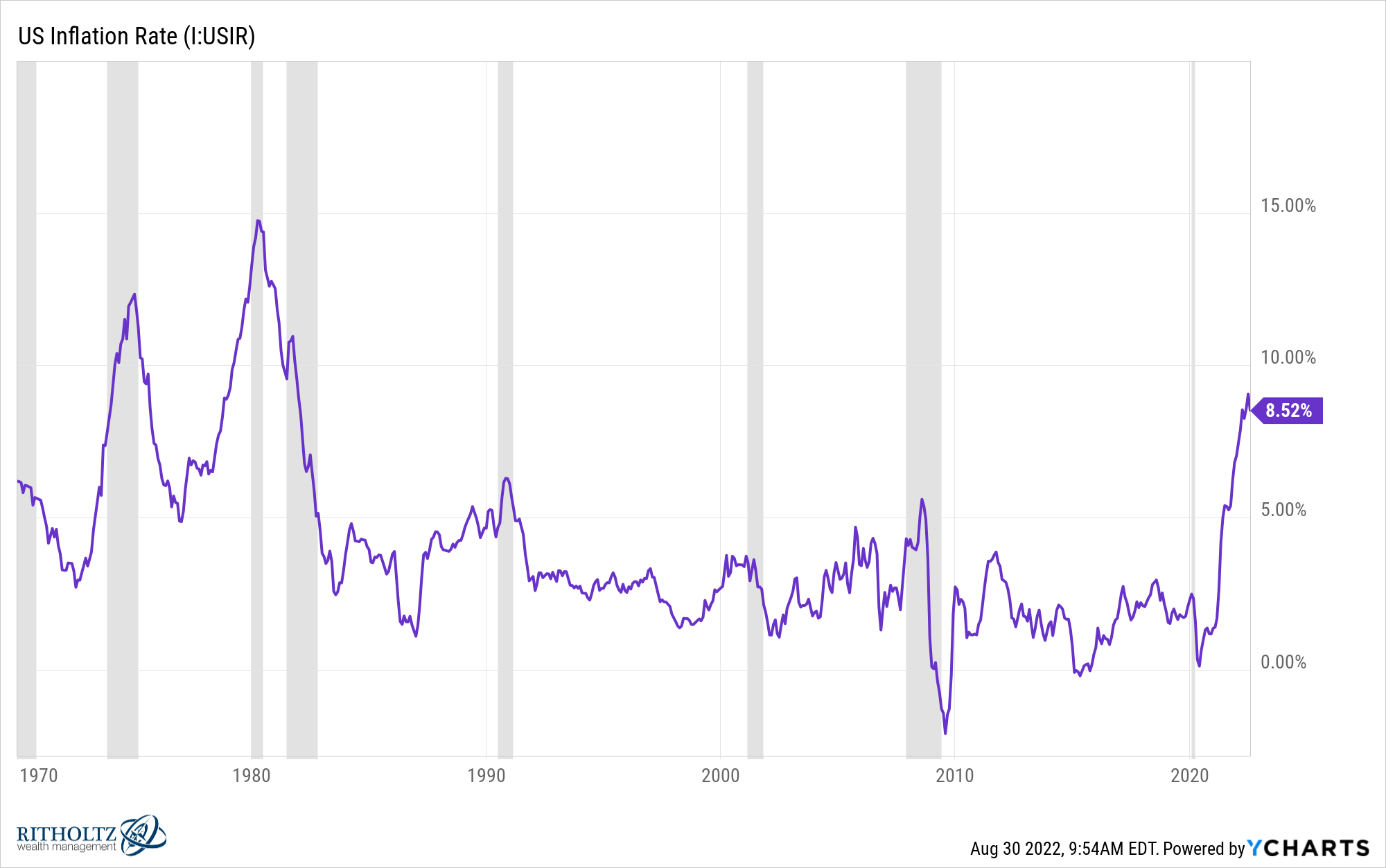 But look at how much lower the Fed’s main policy tool — the Fed Fund’s Rate — is than inflation right now: 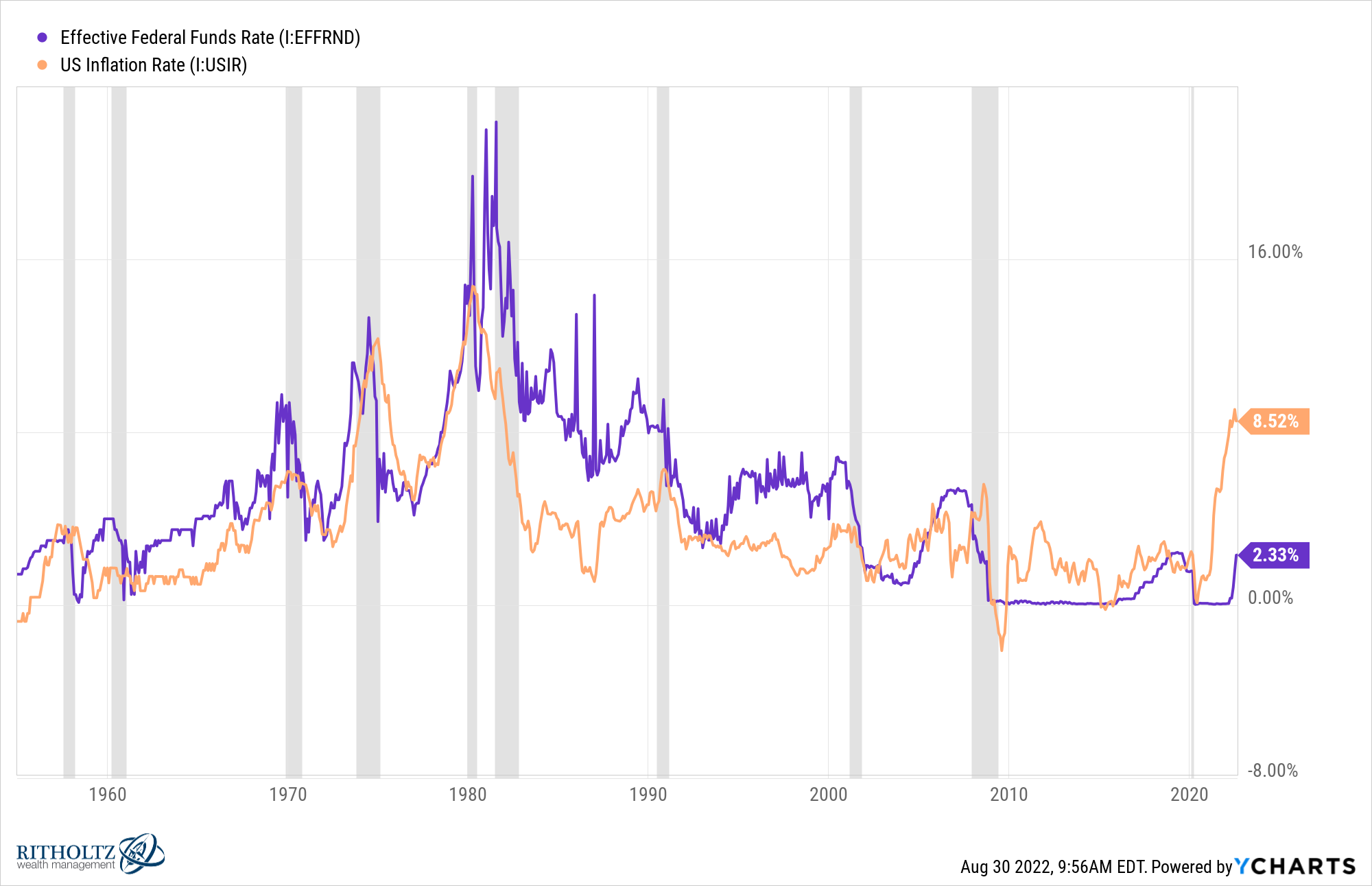 Inflation has never been this much higher than short-term interest rates in modern economic history. The Fed has a lot of room to work with here.

Plus the labor market remains strong: 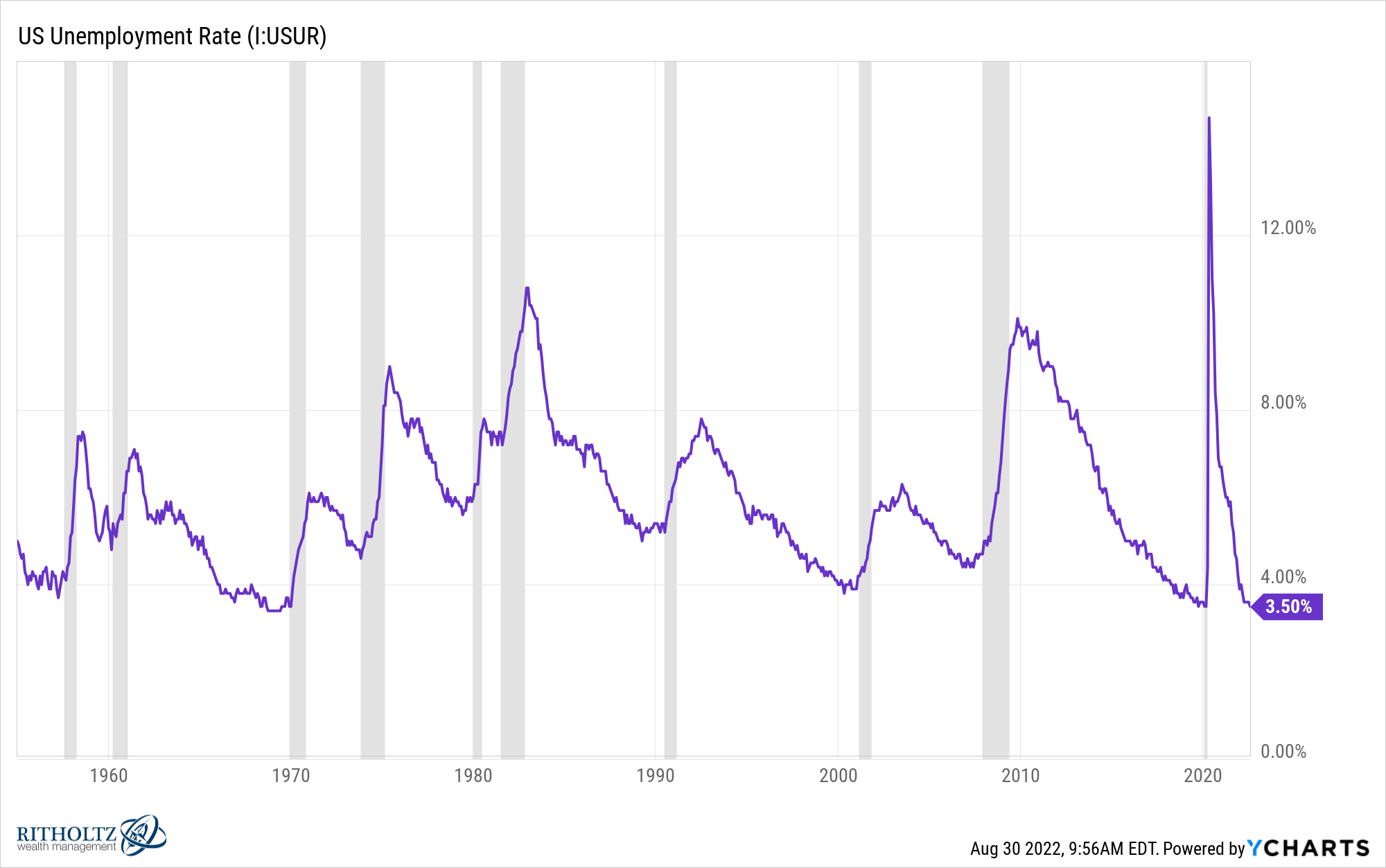 There are still plenty of jobs available: 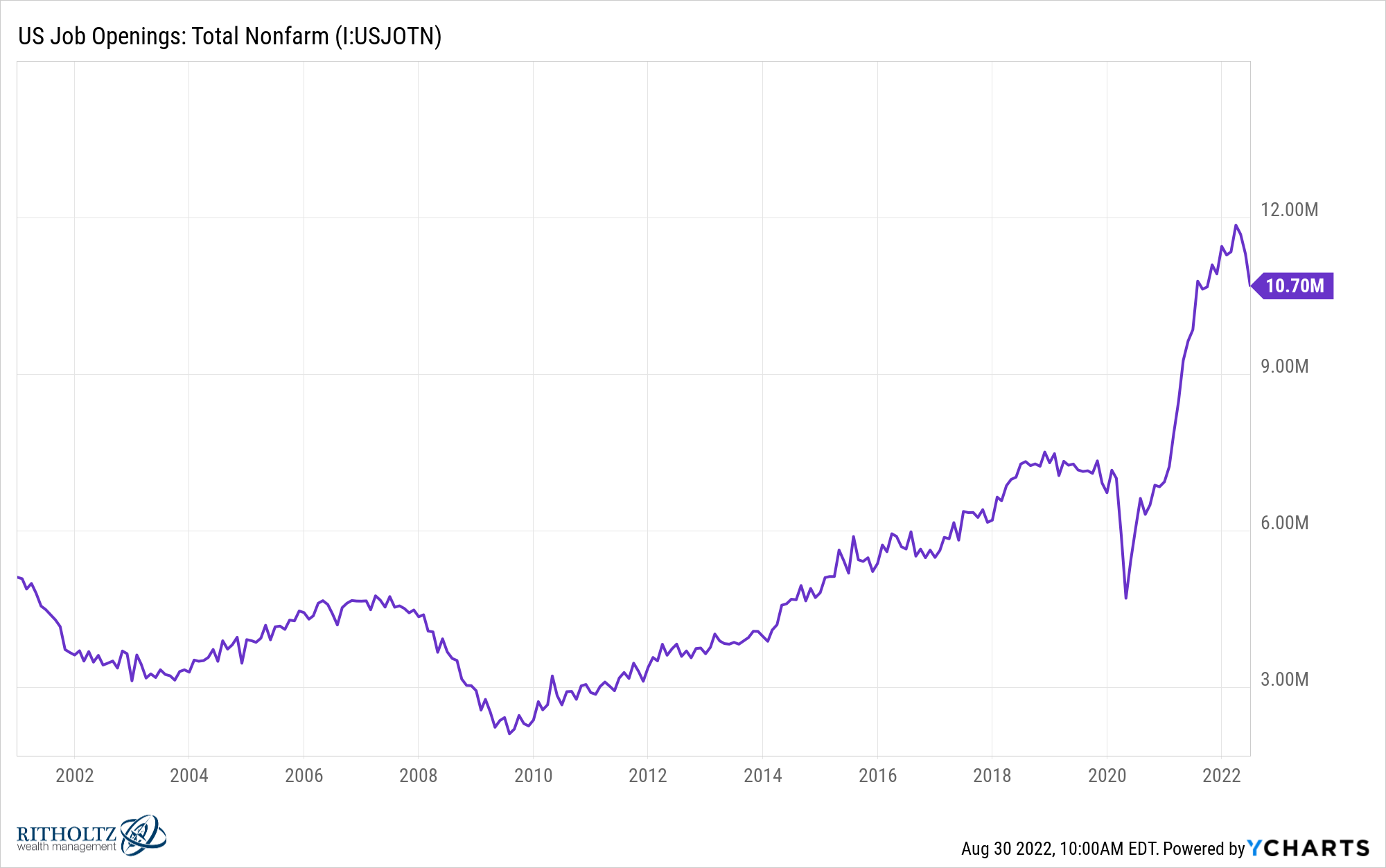 And while the stock market is still in correction territory, it’s not like it’s at crash levels that are truly alarming: 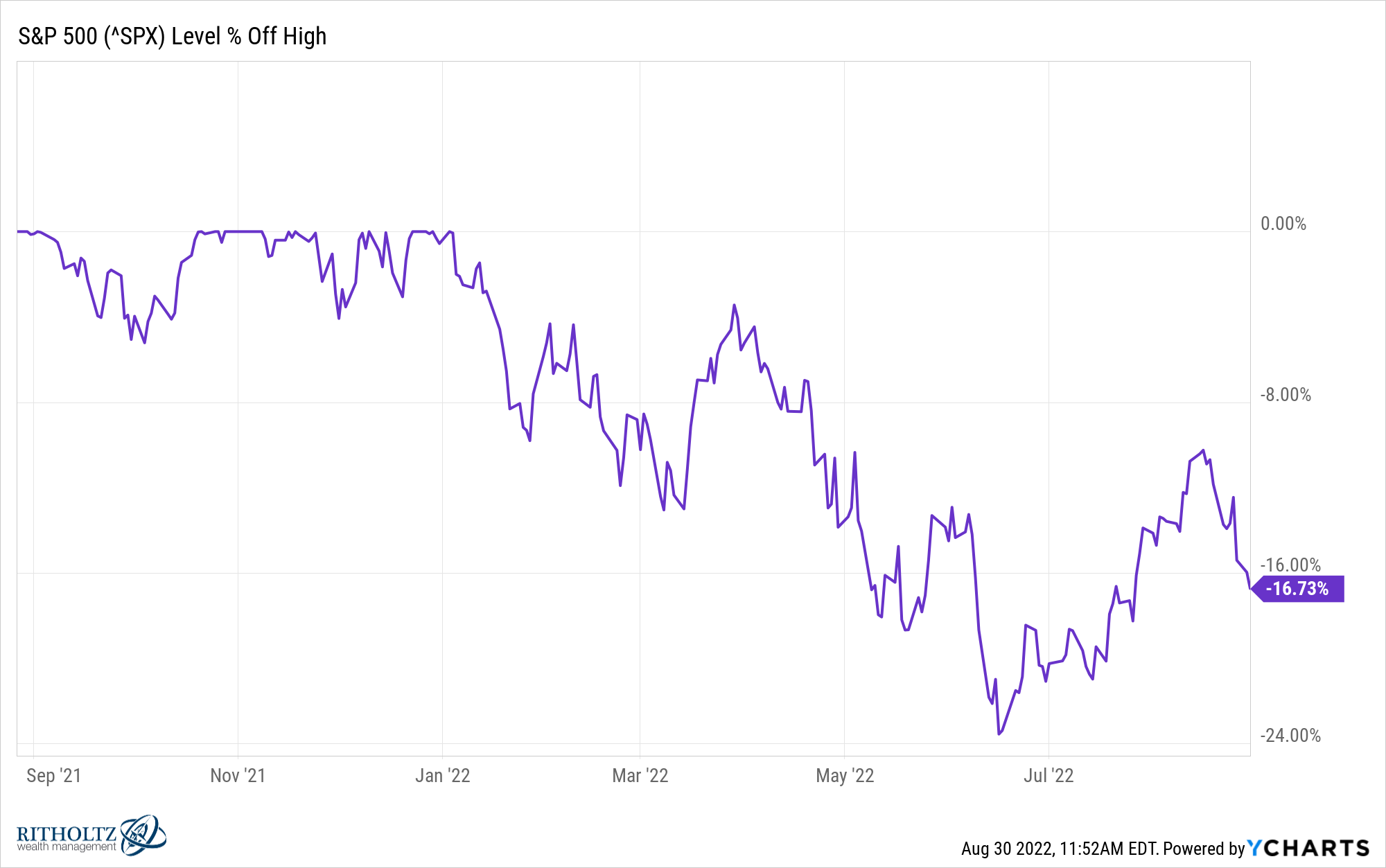 So the Fed has the ability to talk aggressively right now.

But let’s see what happens if and when the unemployment rate starts to rise or the stock market takes a more meaningful step back. Will they still sound so tough?

Here’s my favorite analogy of the Fed right now:

It’s like your friend who gets a little too aggressive after four Jack & Cokes at the bar. Maybe someone bumps into them and they start running their mouth. But when things escalate to the point where it sounds like the next step is a physical altercation, they immediately look for their bigger friends to hold them back.

The Fed is the guy telling his friends to hold me back.

Jerome Powell and Neel Kashkari have the ability to talk smack right now because inflation is far and away the biggest problem facing the economy.

But what happens if economic growth slows considerably and millions of people lose their jobs because the Fed is hellbent on throwing us into a recession?

What happens if they actually have to square up and throw some punches?

If they keep raising interest rates and talking tough we just might find out.

Further Reading:
How to Prepare For a Recession