What are some moves you’re making to prepare for the recession?

There seems to be a growing consensus among smart people I follow right now:

Last week I even hopped on this bandwagon by showing how a recession is the only way we’ve seen high inflation fall in the past.

I do believe the probability of a recession is higher now than it was a month ago.

However, when dealing with probabilities, you have to look at both sides of the argument. Nothing is 100% certain in the markets or the economy.

Let’s look at the other side of this argument to show what could keep us out of a recession for a while longer.

There is a ton of pent-up demand.

Delta’s CEO said the airline just had its busiest two days in history in terms of sales. Travel spending is booming right now.

I was at Disney last month. The parks were packed every single day. My Disney insiders tell me they think sometime in March could see the busiest week ever for their theme parks. And I know from experience — Disney is not cheap. Inflation is not holding back spending at the parks.

The housing market remains scalding hot, even in the face of rising mortgage rates. Logan Motashami posted this picture of people lined up down the street waiting to see a new listing in California last weekend: 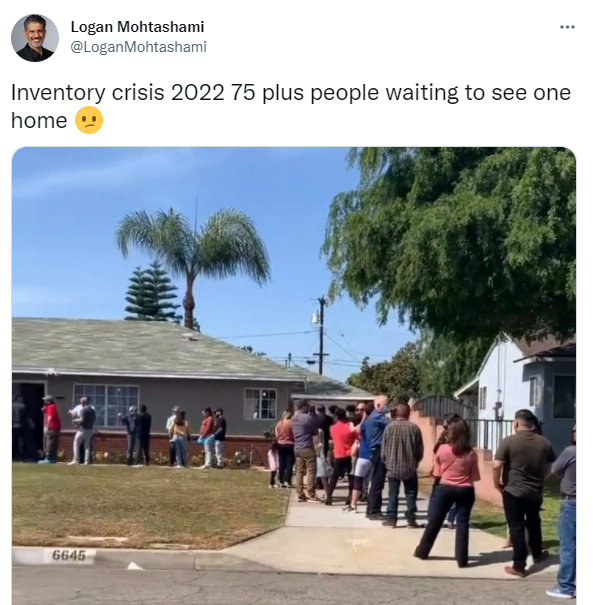 This is not exactly recessionary behavior.

To be fair, these are just anecdotes. How about some data?

Each quarter, the Federal Reserve releases a report on household wealth. Last year saw the largest increase in household net worth ever: 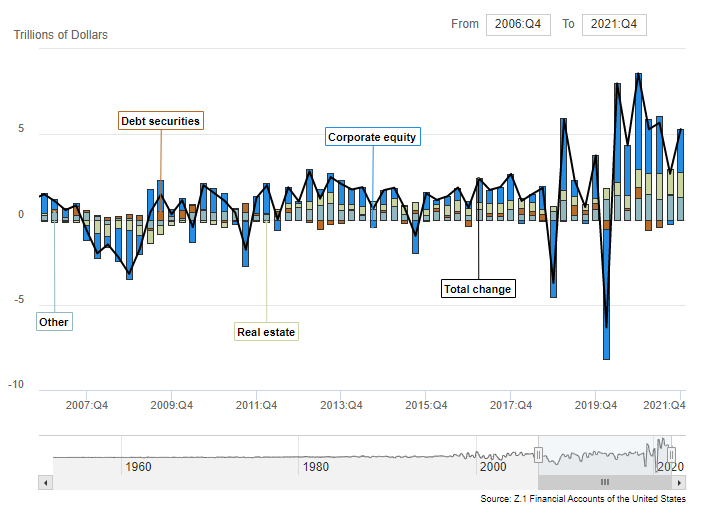 Households have never been wealthier.

So on the one hand, rising prices could cause consumers to rein in their spending on certain products and services.

On the other hand, inflation has only been above trend since last April. Consumers have been saving and paying down debt for two years. It’s certainly possible U.S. households will complain about inflation but then go into debt and spend down their savings to make up for higher prices.

That could certainly extend the expansion.

Both arguments have their merits.

So we could go into a recession this year or next year or four years from now.

I honestly have no idea.

All I know is we will have a recession at some point.

Since World War II, we’ve had 13 recessions in the United States: 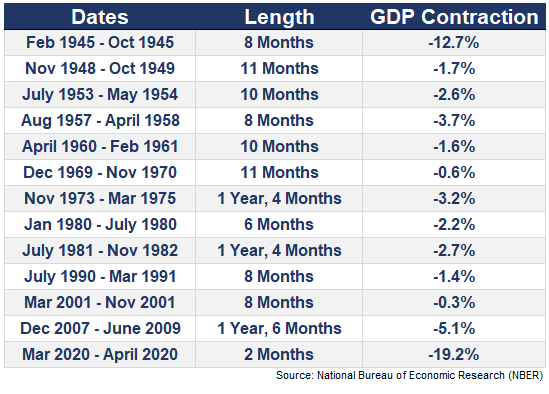 This means that over the past 80 years or so, a recession has occurred once every 5.9 years on average.

The way I look at it is you’re not preparing for THE recession but a recession. There is a difference.

The same is true of recessions.

Instead of changing your portfolio because you think a recession is coming, create an investment plan that is durable enough to withstand a wide range of environments (one of which includes economic contractions).

Recessions tend to invoke thoughts of a financial crisis and that is certainly something to be aware of as an investor.

But you could just as easily have your own personal recession that occurs outside of a contraction in GDP.

Maybe you lose your job. Maybe your local economy gets crushed. Maybe you get divorced. Maybe you incur a large unexpected expense. Or you could simply make a poor investment decision that sees you lose a boatload of money even when the markets are doing fine.

The point here is that you don’t prepare for a recession by trying to figure out the exact start and end dates of the next slowdown in GDP. Not only is that impossible to do on a consistent basis, but it probably doesn’t help you all that much either.

You should build the inevitability of recessions into your financial plan with the understanding that they are a natural extension of the capitalist system in which we operate even if you don’t know when they will occur.

I also had Bill Artzerounian on the show to answer questions about the benefits of working with a tax advisor and the tax implications of selling a huge loser in your portfolio.