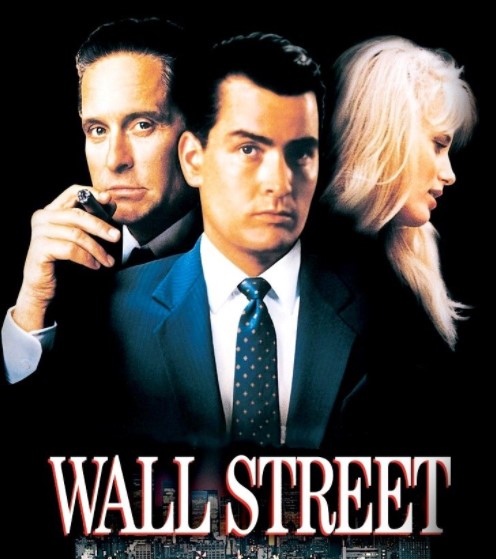 Few movies from the 1980s have aged well.

The clothes, the hair, the music, the cheesy choreographed dance numbers and the unintentional comedy is off the charts for the vast majority of 80s flicks.1

But I recently rewatched the original Wall Street and it held up surprisingly well in terms of its content.

In fact, many of the themes from the movie could have been transported to today without skipping a beat.

The very first scene in the movie shows a young Bud Fox walking to his desk in a trading firm.

His boss, Lou Mannheim walks up and announces, “You can’t make a buck in this market, the country’s goin’ to hell faster than when Roosevelt was in charge. Too much cheap money sloshing around the world. The worst mistake we ever made was letting Nixon get off the gold standard.”

This movie came out in 1987. The 10 year treasury yield was roughly 9% in 1987! And people were complaining about too much cheap money.

The finance industry will always be filled with get-off-my-lawn types like Mannheim who complain about the system being rigged against them. It’s nice to see some things will never change.

Mannheim does redeem himself later in the movie when he reminds Fox, “Remember there are no shortcuts son. Quick-buck artists come and go with every bull market, but the steady players make it through the bear markets.”

This seems like helpful advice at the moment. You’re definitely not as smart as much of a genius as you feel during a bull market.

Michael Douglas’s Gordon Gekko character is remembered for his “Greed, for lack of a better term, is good” speech2 but did you know he was inadvertently an index fund proponent?

After a game of racquetball, Gekko asks Fox, “You wonder why fund managers can’t beat the S&P 500? Because they’re sheep and sheep get slaughtered.”
https://www.youtube.com/watch?v=_ZH8zcJUH1M

I also love the fact that he quotes Sun Tzu’s The Art of War, reminding us that once you because uber-wealthy the next logical step is to become a philosopher. If this movie was made today, Gekko would be into wellness, meditation and intermittent fasting.

There are two important trading scenes in the movie. The first, when Fox decides to go all-in on Anacott Steel and the second when Fox and Gekko go tit-for-tat on Blue Star Airlines. Both of those scenes essentially boil down to my all-time favorite stock market cartoon: 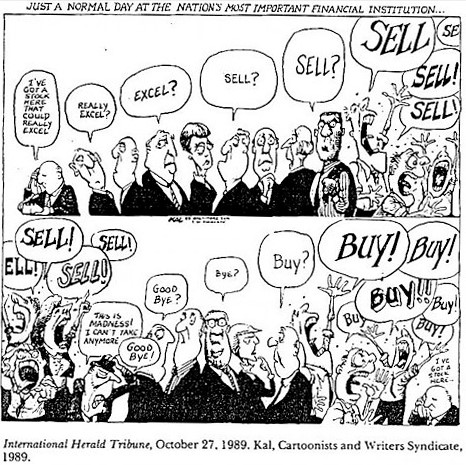 There is another theme that has unfortunately aged even better than Gekko’s greed speech — wealth inequality. When Bud asks how much is enough, Gekko goes into a lecture about the concentration of wealth in the hands of the wealthy:

The richest one percent of this country owns half our country’s wealth, five trillion dollars. One third of that comes from hard work, two thirds comes from inheritance, interest on interest accumulating to widows and idiot sons and what I do, stock and real estate speculation. It’s bullshit. You got ninety percent of the American public out there with little or no net worth. I create nothing. I own.

Again, this movie was made in 1987. Look at how much worse things have gotten since then: 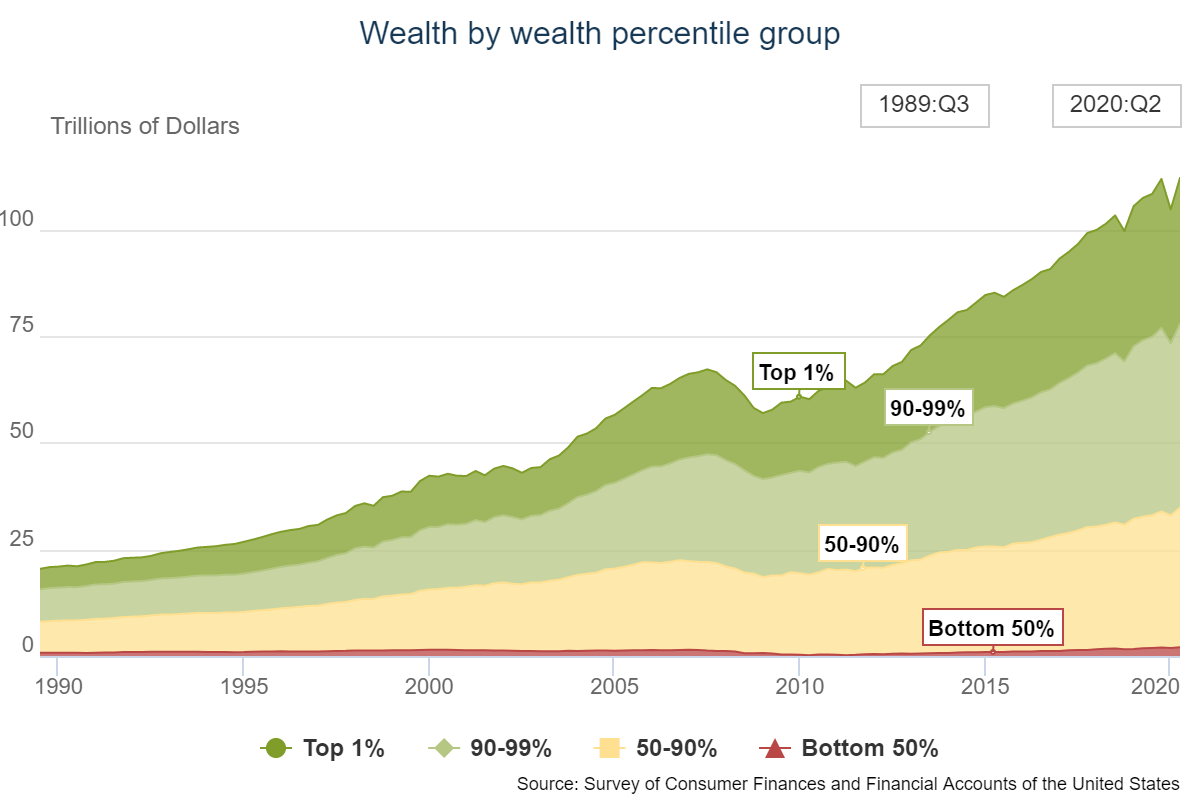 Near the end of the movie, Mannheim also gives Fox a lesson in the psychology of money when he says, “The main thing about money, Bud, is it makes you do things you don’t want to do.”

This was a nice summation of the movie in general but this line works on so many levels.

You can watch Wall Street for free right now if you have Amazon Prime.

This post was inspired by a recent episode of the Rewatchables that is worth a listen if you liked the movie:

1Just so we’re clear — I still love movies from the 1980s. I grew up on these movies. It’s just that so much from that decade has aged like a fine Bartles & Jaymes.

2In Gekko’s famous speech he also rails against the fiscal deficit which I’m pretty sure is something rich people will do for all of eternity.