One of the reasons people often get upset with traditional inflation measures is because the change in the price level can be personal. Not everyone’s life matches up perfectly with the consumer price index.

This chart from The American Enterprise Institute drives this point home better than any numbers I could use to describe this situation: 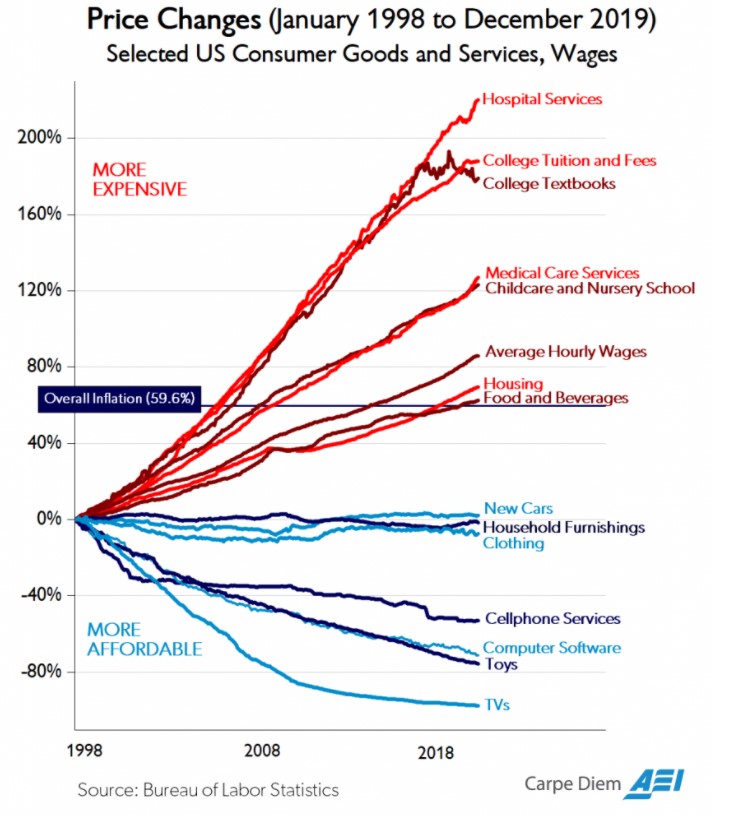 The out of control cost of healthcare is one of our biggest failures in this country.

Per capita healthcare spending has nearly quadrupled since 1980. Spending on healthcare now makes up nearly 20% of GDP: 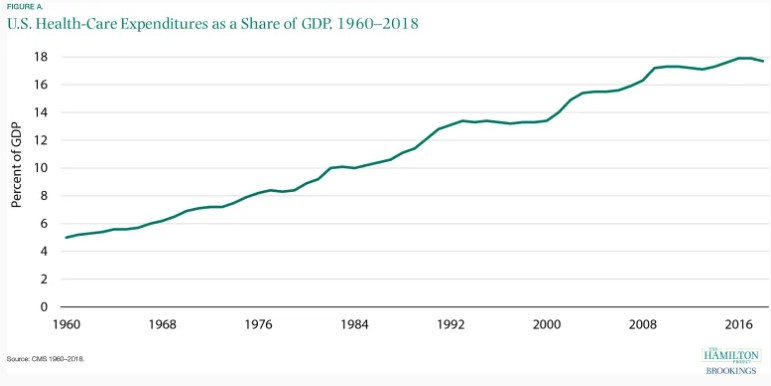 This not only hurts your pocketbook from higher costs but has likely lowered your income as well.

Few people think about it this way but your compensation includes not only your take-home pay but also any benefits from your employer.

If your employer pays for health insurance, this piece of your compensations has been rising but it hasn’t necessarily translated to your paycheck.

The 2020 Employer Health Benefits Survey broke things down by employer and employee contributions for family healthcare coverage in 2010, 2015 and 2020: 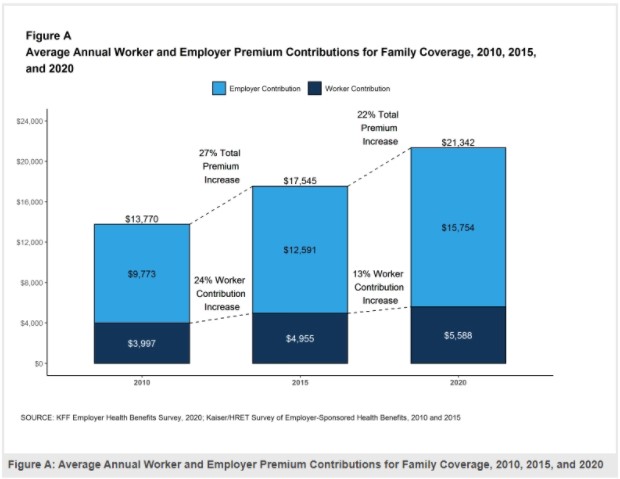 Speaking from experience, our health insurer has increased the amount my firm pays on behalf of employees by double-digits percentages every year for the past few years.

And when you consider the fact many employers are now offering coverage that includes much higher deductibles paid by employees when they use their insurance, the inflation in healthcare costs may even be higher than it appears for many households.

So how did we get here?

There really wasn’t much in the way of health insurance until the Great Depression and even then it didn’t kick into high gear until after World War II. There was such a shortage of workers during the war that the government feared businesses would be forced to continue raising wages which would cause inflation to spiral out of control.

So the government issued wage freezes which meant companies had to offer more benefits to attract talent as another form of compensation.

Following the war, the country experienced a huge boom in both the economy and middle class so companies were more than happy to keep offering employer-sponsored health insurance.

Health insurance exploded from less than 10% of Americans in 1940 to more than two-thirds by 1960. Employer-sponsored insurance has been the standard ever since.

In The Price We Pay, Marty Makary outlines the various ways in which our healthcare system is broken.

One of the strangest aspects of the current healthcare experience is no one really knows what anything costs going into it. The reason for this is because there is no uniformity in prices.

Makary and his research team performed a deep dive into national data on hospital bills. Some markups at certain hospitals were as much as 23 times higher than what was paid by Medicare (the government’s insurance program) for the exact same service.

He also told a number of depressing stories about families across the country who were ruined financially from a single hospital visit.

One family got stuck with a $2,400 bill they couldn’t afford to pay. Instead of helping them settle the bill the hospital sued them and garnished their wages.

A hospital in Virginia sued more than 4,300 patients and garnished the wages of nearly 1,800 households in 2017 alone. They were filing more than a dozen lawsuits a day at times. The courts required these people to submit their personal bank account numbers so the hospital could pull money directly from their accounts.

In one instance a woman saw her $12/hour pay cut in half to $6/hour so the hospital could recoup their payment.

I understand the need to collect on a service performed but when one side can charge basically whatever they want without negotiating on the pricing beforehand, the customer is at a severe disadvantage.

Here’s another story where Makary tried to help a friend decipher her bill:

The hospital charged Dina a 500% markup. Her crime was being out-of-network. Did it cost them more to do her operation? Absolutely not. I steeled my nerves and got ready to haggle as if I was back in the Egyptian bazaar in the heart of my beloved Cairo.

The hospital had charged $60,000 and demanded the full price. That wasn’t reasonable.

“Would your hospital be willing to accept $12,000 for the same service for an insured patient who is in-network?” I asked the representative on the phone.

The woman got upset. “We can charge someone out-of-network as much as we want,” she told me. “The law says we can.”

Not all hospitals are this bad obviously. And the insurance industry certainly doesn’t help matters.

Makary offered some solutions but they’re the equivalent of the Flex Tape meme. 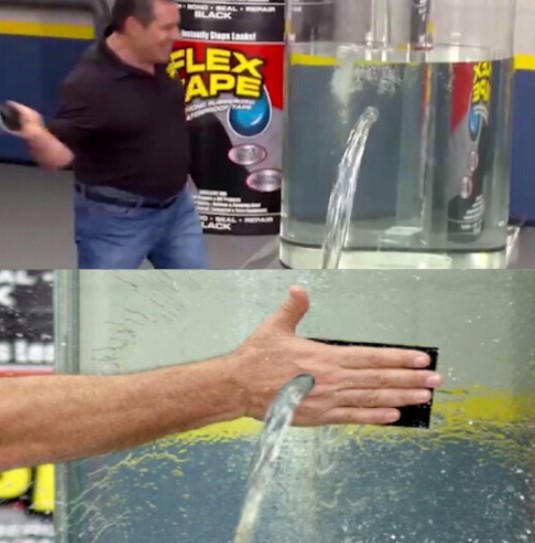 I don’t see how we can ever fix the U.S. healthcare system without the government (or Jeff Bezos) completely taking it over.

Imagine the wage growth we could see if employers weren’t on the hook for runaway healthcare costs?