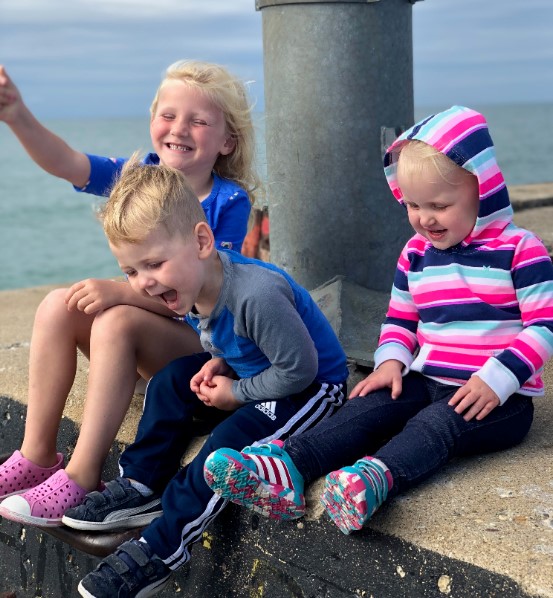 Last year I read a ridiculously long book by professor and author Robert Sapolsky called Behave: The Biology of Humans at Our Best and Worst. It’s a deep dive into how our brain and biology function and why we react in certain ways under certain circumstances. Here’s the gist of the book:

Genes have plenty to do with behavior. Even more appropriately, all behavioral traits are affected to some degree by genetic variability. They have to be, given that they specify the structure of all the proteins pertinent to every neurotransmitter, hormone, receptor, etc. that there is. And they have plenty to do with individual differences in behavior, given the large percentage of genes that are polymorphic, coming in different flavors. But their effects are supremely context dependent. Ask not what a gene does. Ask what it does in a particular environment and when expressed in a particular network of other genes.

Basically, when it comes to nature vs. nurture, who we are is who we are but the environment under which we are placed can amplify who we are for better or worse.

I didn’t really need to read this 700+ page book to settle the nature vs. nurture debate for me because I have twins. I see this play out on a daily basis. My son and daughter are polar opposites in so many ways in terms of their personalities, how they look, physical development, their emotions, and how they handle different situations.

You would never know they’re twins by looking at them or the way they act.

It’s been fascinating to watch the similarities build in some areas but differences in others.

My kids are still young so I’m still learning as I go on the whole parenting thing. Sometimes it’s hard to tell how much control you really have in shaping their lives.

So I’m always interested when I come across research or tips on nudging them in the right direction.

In his book, Sapolsky references the work of psychologists Carol Dweck and Claudia Mueller. In the late-1990s, they worked with a classroom of 5th graders to determine how kids react to different forms of praise.

After giving the children a moderately difficult set of test questions to answer, the researchers offered two forms of feedback:

Next they gave the children a much harder problem set where they were sure to get lower scores.

For certain kids, grades feel like life or death (I was not one of these people in school). My goal will be to get my kids more interested in the process of learning more than the grades themselves.

When they’re young, simply getting kids to settle down and pay attention to anything educational is often the biggest challenge.

Sesame Street first came on the air 50 years ago. My kids still like it but I’ve noticed they enjoy watching the same episodes over and over again, not necessarily new ones every time.

There’s a reason for this.

In his book, Tipping Point, Malcolm Gladwell writes that Sesame Street has been studied more than any TV show in history, partly because of its longevity and partly to gauge its effectiveness on children in terms of learning.

The big breakthrough Sesame Street figured out according to Gladwell is, “if you can hold the attention of children, you can educate them.” And the way to do this is through repetition.

One experiment showed two different groups of 5 year-olds the same episode of Sesame Street. The first group watched in an empty room while the second group was placed in a room full of toys on the floor. Unsurprisingly, the kids without the toys watched the show 87% of the time while the kids with the toys only watched 47% of the time.

But when they tested how much the kids in each group actually remembered and learned, the scores were identical. Gladwell explains:

Kids, they realized, were a great deal more sophisticated in the way they watched than had been imagined. “We were led to the conclusion,” they wrote, “that the five-year-olds in the toys group were attending quite strategically, distributing their attention between toy play and viewing so that they looked at what for them were the most informative parts of the program. This strategy was so effective that the children could gain no more from increased attention.” If you take these two studies together—the toys study and the editing study—you reach quite a radical conclusion about children and television. Kids don’t watch when they are stimulated and look away when they are bored. They watch when they understand and look away when they are confused.

A group of former Sesame Street executives took this idea a step further when they started the show Blues Clues on Nickelodeon in the mid-1990s. Instead of a new show each day, they ran the same episode for 5 straight days, every Monday through Friday. And the retention of the children was off the charts.

Young children are bombarded with uncertainty and stuff they don’t understand. They find comfort in repetition and predictability. Not only do young children learn better this way, but it gives them a sense of affirmation and self-worth.

So I finally understand why my kids want to watch Frozen 6 million times and then immediately listen to the soundtrack when we get in the car.

Like most parents, I want my kids to be successful and lead happy lives. But mostly I just want them to be good people and kind to others. That’s a win in my book.

Adam Grant, a professor at Wharton who studies organizational psychology, wrote a wonderful piece at The Atlantic with his wife Allison Sweet Grant where they implored parents to stop trying to raise successful kids and start raising kind ones. I am notoriously anti-survey but this one seemed dead on to me:

If you survey American parents about what they want for their kids, more than 90 percent say one of their top priorities is that their children be caring. This makes sense: Kindness and concern for others are held as moral virtues in nearly every society and every major religion. But when you ask children what their parents want for them, 81 percent say their parents value achievement and happiness over caring.

The Grants began asking their kids what they did to help others every day at the dinner table instead of asking how their day went or what grades got in school. Simply asking the question on a regular basis shows your kids it’s a core value and something you hold in high regard.

In many ways, we are who we are as humans because of our genetics but there are certainly ways to make the environment around us more conducive to the type of people we would like our children (or ourselves) to be as they grow older.

Further Reading:
10 Money Revelations From Being a Parent

1Others may have found success in other ways but with twins the only way we could survive was to get them on the same exact routine with everything.