Someone recently sent me a presentation called the world in charts showing various country breakdowns by different metrics.

Here’s world GDP broken down by size and region: 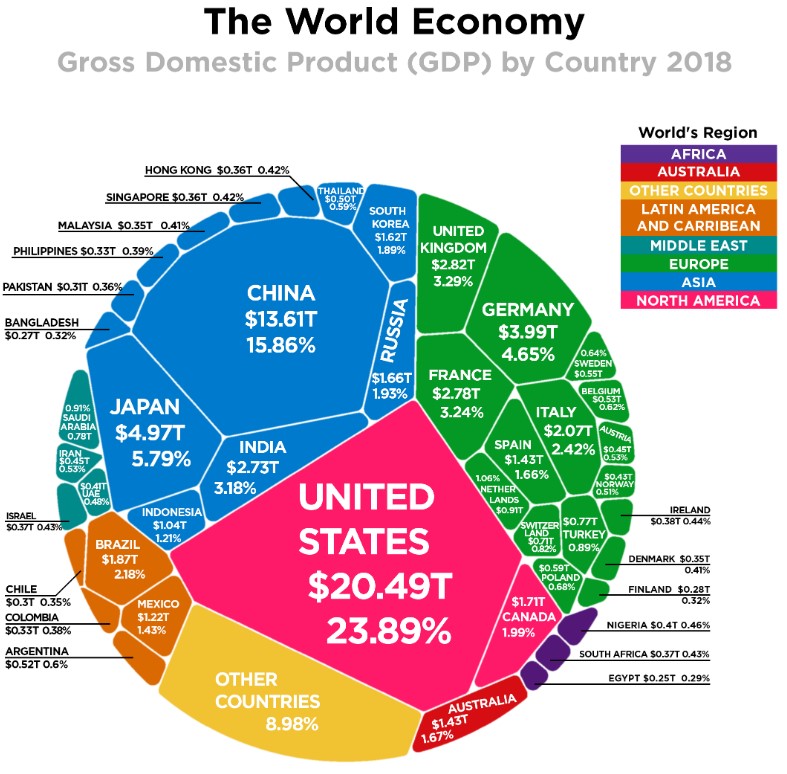 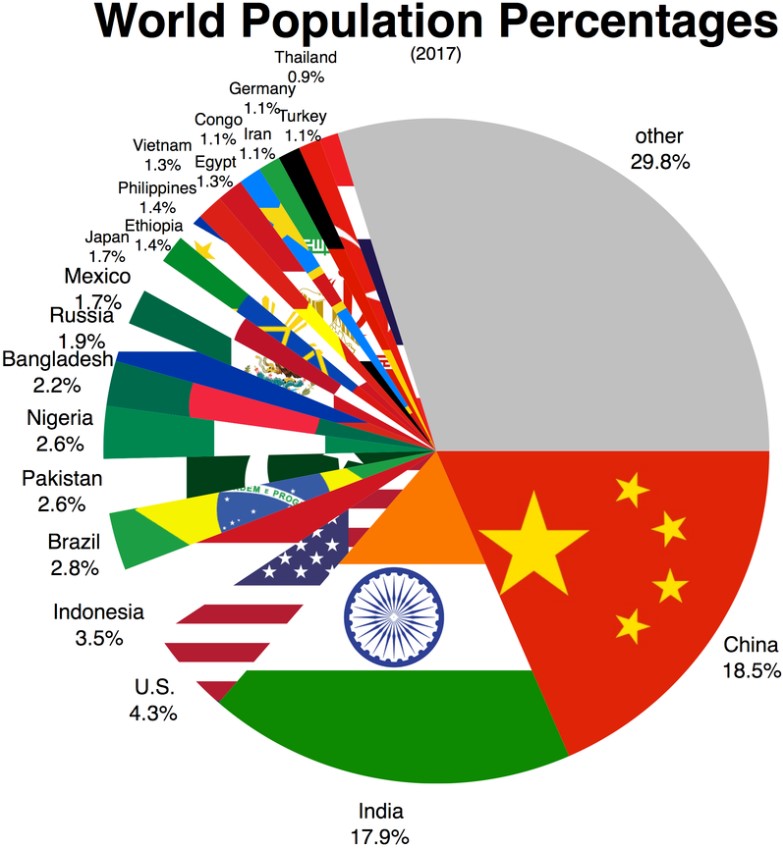 So the U.S. has a quarter of economic production but less than 5% of the world population. Pretty impressive.

Now let’s look at the world stock market capitalization by country (based on the Vanguard Total World Stock ETF weights): 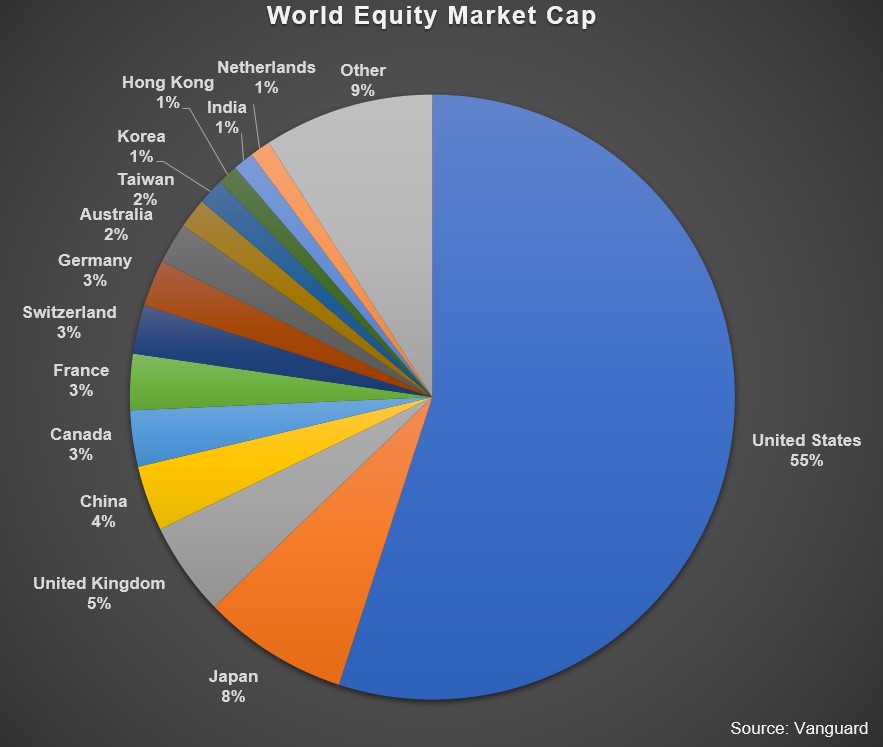 Now let’s put all three of these together for the 10 largest economies on the planet: 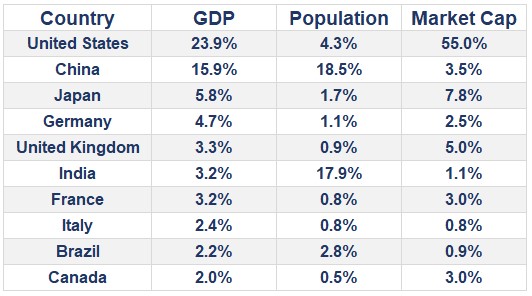 The biggest outliers here by far are the United States, China, and India.

China’s economy is two-thirds the size of the U.S. economy but has 4 times as many people. Yet the U.S. has a stock market capitalization that’s nearly 16 times larger than China’s.

India has 4 times as many people as the United States but an economy that’s one-tenth the size and a stock market that’s 1/50th the size.

Does this make sense?

Yes because the U.S. has a more diversified, dynamic, mature, innovative economy than the rest of the world. Our rule of law makes it harder for the government to take over huge corporations and such. There’s less corruption here. Our tech companies seem to be the most innovative on the planet by far and it’s not even close.

The U.S. not only helped win the war during World War II, but we also came away unscathed economically. This set the United States up for decades of relative advantage over the rest of the world, most of which was still cleaning up the mess from this drawn-out war.

And the world economy and large corporations are more global than ever, so the lines are becoming blurred in terms of the impact a single country’s economy has on its own stock market.  Just because a company happens to be domiciled in a certain country, does not mean all of its sales come from that country. U.S. companies are benefitting from the growth in the rest of the world.

We also have an economy that’s made up roughly 70% by consumer spending, something few other countries can claim.

But in other ways this makes no sense whatsoever.

Shouldn’t the rest of the world catch up eventually?

Won’t they figure this out at some point?

I can’t figure out if these numbers are positive or negative for the rest of the world when it comes to the future growth of their markets.

On the other hand, the fact that two countries on this list, China and India, make up nearly 40% of world population but just 5% of the world’s stock markets could mean they’ve already missed the boat.

The hope for these emerging markets is they are still far less mature than the U.S. when it comes to financial markets and extracting value from their corporations. We have a huge head start.

When thinking about the next 50-100 years, this is basically like the old bet when Tiger Woods was in his prime playing in a major championship. Who you got: Tiger Woods or the field?

The U.S. is obviously Tiger in this scenario while the rest of the world is the field.

Tiger in his prime is like the U.S. stock market. The hope for the rest of the world is that even Tiger Woods came back down to earth after years of dominating the PGA Tour.

And here’s our Animal Spirits highlights from this week discussing about the economy and market Paul Volcker inherited in 1979:

Subscribe to the Animal Spirits playlist to watch more of our videos every week.