I’m going through the process of refinancing my mortgage. It’s wild how low rates are at the moment.

When we bought our first home in late-2007/early-2008 our first 30 year fixed rate loan was in the 6.25% to 6.50% range. I’m currently dropping from 4.50% to 3.75%. Eventually there is a law of diminishing returns when you compare monthly price drops, but when you add up those payments over the course of the loan it can be a huge number.

This got me thinking about how maybe the framing of the low-interest rate environment misses a huge point.

Investors are mostly angry at low rates because they can’t earn higher yields in “safer” assets such as treasury bonds or money market funds like they could in the past. I’m sure almost every retiree on the planet would take the 6%-7% treasury yields that were present for a time during the early-1990s and be done with it.

Low rates are painful for investors because they more or less lower expected returns across the board in all asset classes.

Lots of people say lower interest rates only help the wealthy because they’re the ones that hold all the financial assets (and most believe low rates have propped up financial assets).

This is a legitimate gripe in many ways but low rates should also be helping the middle class in the real estate market. There is a silver lining from a personal finance perspective in all of this.

Data from Edward Wolff shows, for better or worse, the middle class has a majority of their net worth tied up in housing: 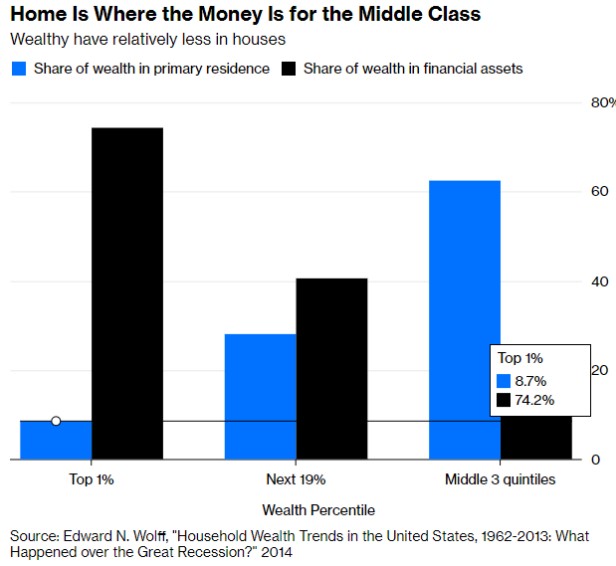 Here are 30 year fixed mortgage rates and 10 year treasury yields going back to 1971: 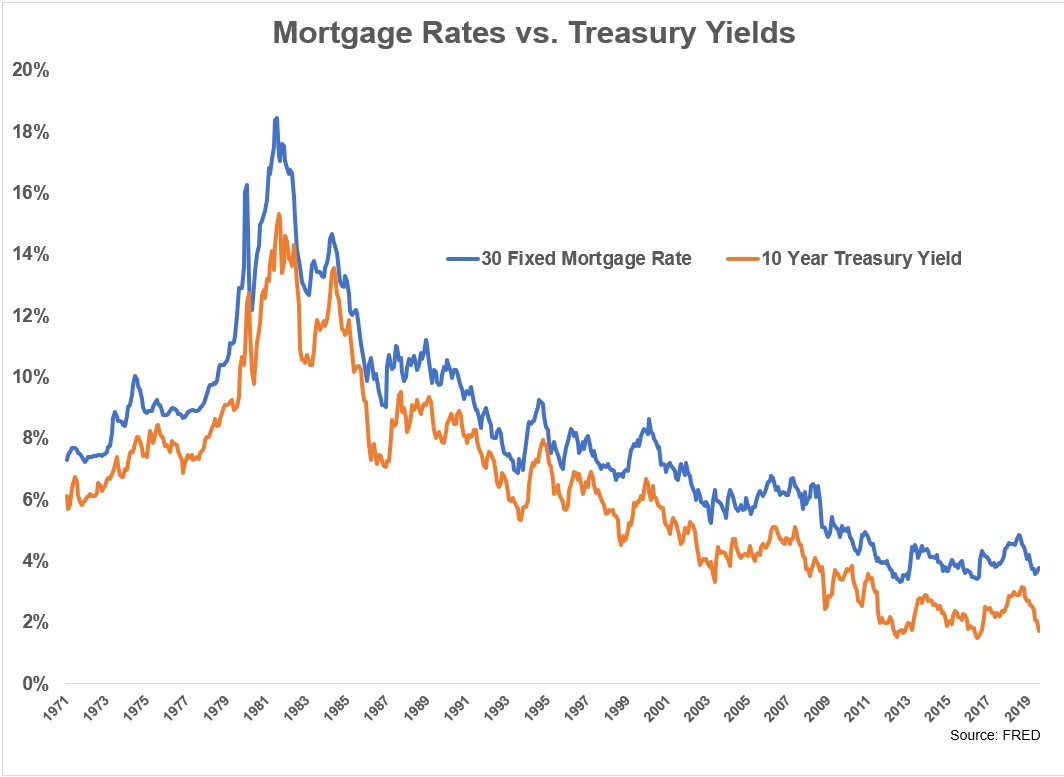 There is an obvious relationship here.

So while people look back at double-digit interest rates on savings accounts, money market funds, and treasuries of the 1980s, you have to remember it also cost a lot more to borrow back then.1 I’m sure we’ve all heard stories from the older generation of 10%-15% mortgages in the 1980s.

Here are the average rates for each by decade:

Of course, housing prices are also up in this time so you have to take them into account as well:

The U.S. Census put out a report a few years ago on the characteristics of houses going back to the early 1970s which make this abundantly clear:

So you’re likely getting more bang for your buck, especially on newer homes.

If you have the ability to stick it out in your home for the long-term, low interest rates can provide a wonderful value at the moment.

Yes, as investors it would be nice if rates were high, inflation was low and expected returns were always high but that’s not how these things work. High rates of the past may sound appetizing when viewed through the lens of current rates but there are always trade-offs with these things.

While investors of today would kill for 1980s-level interest rates and stock market valuations, people in the 1980s would surely kill for today’s mortgage rates, inflation levels, and housing amenities.

1You also have to factor in the fact that inflation was double-digits back then as well, negating the advantage of higher rates on your savings on a real basis.