There are two things people need to understand about humanity:

(1) Things are unquestionably getting better over time.

(2) People assume things are unquestionably getting worse over time.

I love this chart from Our World in Data: 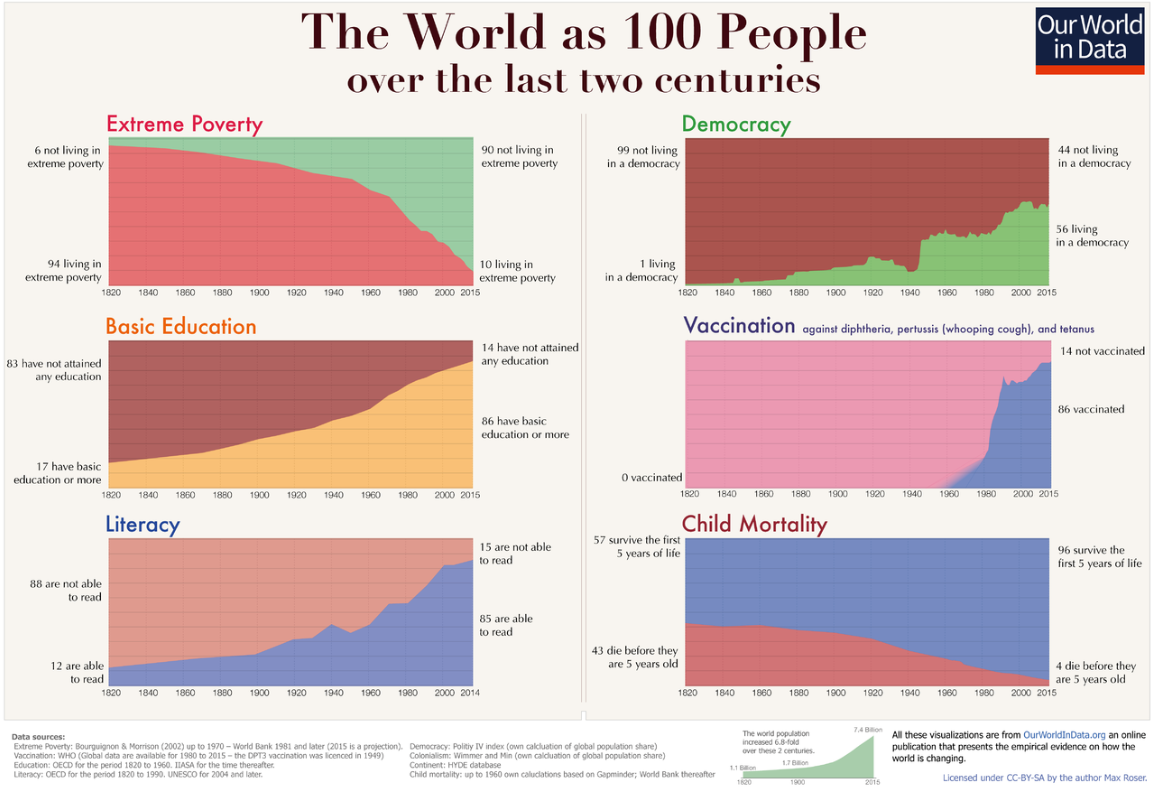 This data doesn’t quite jibe with how happy people report they feel today. You can see the trend in reported happiness in the U.S. from The Gallup World Happiness Report 2019: 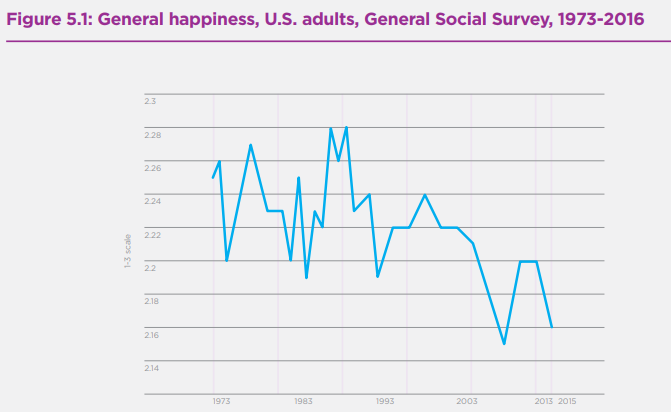 This chart on young people is even more telling: 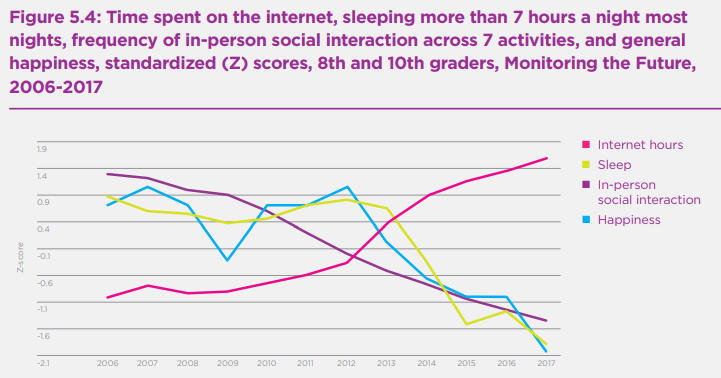 I’m typically dubious of survey data but it would appear by most measures the fact that we have more information — about peers, co-workers, family, social media personalities, news, world events, etc. — than ever before is making many unhappy with their lot in life.

By almost any measure, the world is getting better. The problem is two-fold:

(2) The world is awash in information and most people lack a suitable filter for that information.

Michael Lewis has a new podcast out called Against the Rules that’s about what happens when everyone hates the referees. When Lewis uses the term referees he’s talking about those who are tasked with overseeing any number of industries, governments, products or services but in the first episode, he is literally talking about NBA officials.

Refs never have a great reputation with fans but the NBA has had some serious issues with their officials in the past. There was the Tim Donaghy gambling scandal, that atrocious Lakers-Kings series in 2002, and the fact that there was little diversity in the refs for a number of years (at one time four NBA refs all came from the same high school).

Lewis outlines the myriad of ways the NBA has sought to fix these issues:

They’re never going to get it perfect but the NBA has taken drastic steps to ensure the refs are getting better and there are fewer biases at play in the game than any time in history.

But you wouldn’t know this when you watch the games. Every call sees a player or coach throws their hands up in disbelief. There’s constant arguing and bickering with the officials.

The NBA has more data to work with in trying to improve their refs but so do the teams and fans. NBA front offices are loaded with math geeks from Ivy League schools. NBA Twitter immediately dissects every bad call in slow motion. Every fan assumes the refs are always out to screw over their team. Even when the refs technically get the call right people are unhappy.

One official told Lewis during the playoffs they need bodyguards to go back and forth to their hotels.

The trend is heading in the right direction but most people will remain unhappy until they get every call precisely right every single play…which is a pipe dream.

This is a microcosm of the world we live in today. Things are slowly but surely getting better but the world will never be perfect. The 24-hour cable news, social media, alerts on your phone, and your interactions with actual human beings in the wild make it seem like things are getting worse.

Everyone is too well-informed to be happy.

And I would love to say that ignorance is bliss in the information age but even the ignorant among us are misinformed by the firehose of information. They just believe the fake news posted by their friends on Facebook or some conspiracy theory they heard on talk radio.

Left to our own devices, we’re fairly adept at making ourselves unhappy. Sebastian Junger talked about the best way to take down the United States in his book Tribe:

The United States is so powerful that the only country capable of destroying her might be the United States herself, which means that the ultimate terrorist strategy would be to just leave the country alone. That way, America’s ugliest partisan tendencies could emerge unimpeded by the unifying effects of war.

It’s like the absence of true conflict only makes things worse because we have too much time on our hands to worry about things. People in the past didn’t have the luxury of being outraged all the time. They were too busy dealing with actual problems.

My strategy for trying to avoid being brought down by the sheer amount of negativity these days looks like this:

There is a silver lining here though. One of our defining characteristics as humans is that we’re rarely, if ever, satisfied or content. Maybe it’s a good thing people haven’t decided to rest on their laurels just because things have gotten better over time. There’s still room for improvement.

I suppose it’s possible we’ll figure it out someday and strike the right balance between staying informed and keeping things in perspective. But it sure seems like the more informed we are as a species the harder it is for the collective we to be happy.