It may not feel like it after living through the Great Recession but the U.S. economy has become far more stable over time.

Just look at the inflation rate over the past 100 plus years: 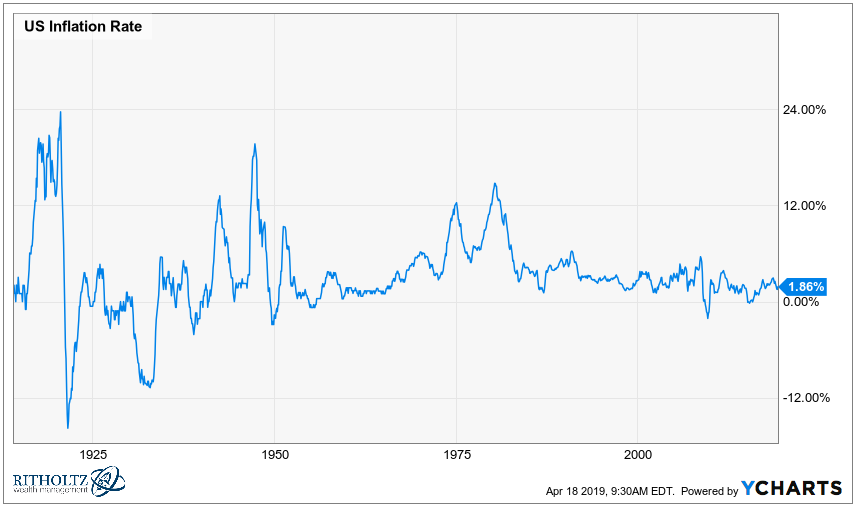 And the contraction in GDP in each of the past 15 recessions: 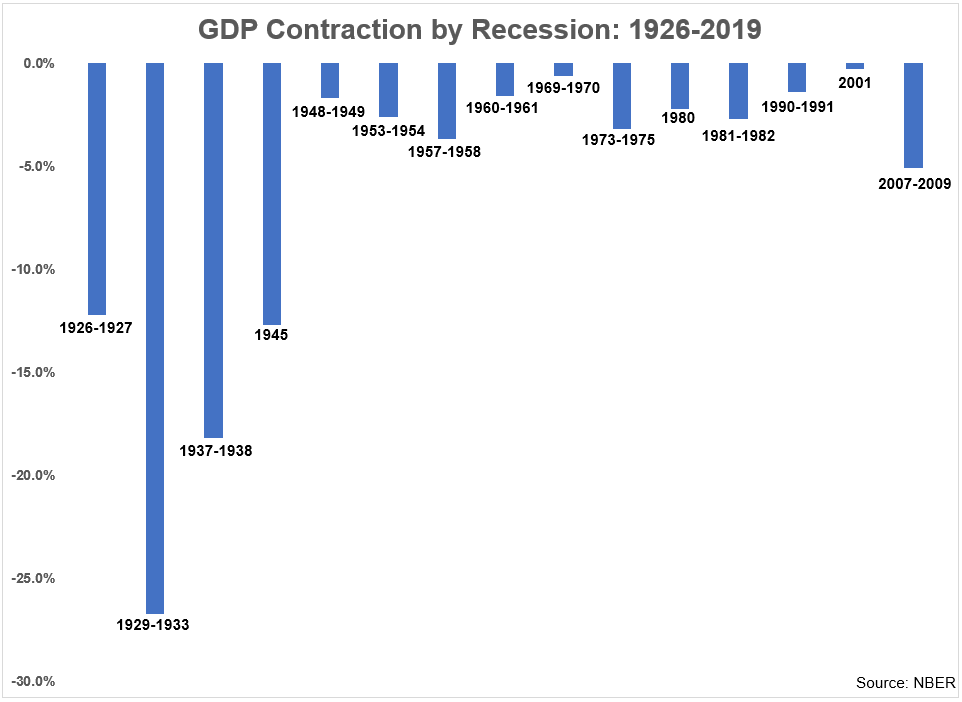 The Great Recession was an epic financial crisis but in terms of an economic slowdown, it doesn’t even come close to matching the pre-WWII era. Plus there’s the fact that the time in between recessions has extended.

From 1926-1980, the U.S. experienced a recession every 5 years or so. Since 1980, the average length between recessions is almost 8 years. If the current expansion continues through July, it will be the longest in U.S. history.

The paradox here is the maturation of the U.S. economy has had little impact on losses in the stock market: 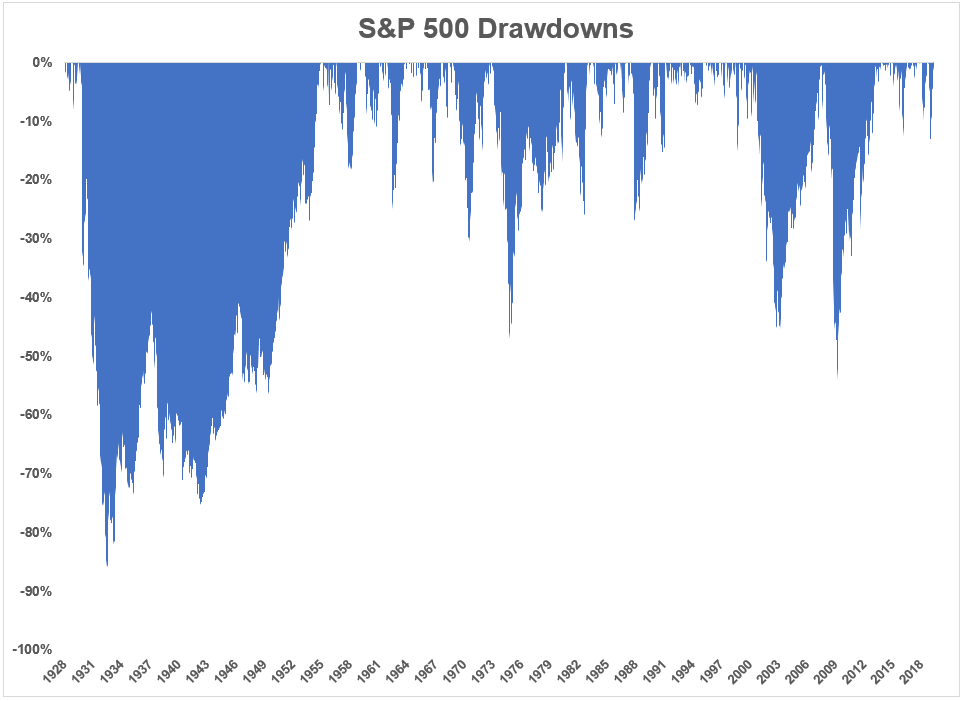 I can’t say for sure why this is the case but here are some ideas:

And stocks can have different valuations heading into a recession which could impact how well they hold up when the inevitable downturn hits.

People always assume the worst. Because of the recency bias, humans have a tendency to spend their time fighting the last war. I’m guessing many people expect the next 3-4 recessions will play out exactly as the Great Recession did. They’ll worry about a collapse in housing prices, a seizing up of the credit markets, and massive intervention by the world’s central banks. That last one may be true but there’s no reason to conclude a repeat of 2008 is always on the table.

A run-of-the-mill downturn, if such a thing exists, has a higher probability than an outlier event such as the Great Financial Crisis.

Investors don’t react well under stress. The economy has matured. The world is more interconnected than ever because of globalization. Markets are far more efficient than they were in the past. Investors and economists of the past would kill for the data we have at our disposal today.

The world is constantly changing but the wetware in our brains has stayed relatively constant. As long as humans are pulling the strings in the markets it’s guaranteed the pendulum will swing too far in either direction. We humans like to look at things in relative, not absolute, terms. So it doesn’t matter if the economy is more stable than it was in the past. All that matters to the markets is better or worse, not good or bad.

It’s possible the next recession could be mild compared to the last one but no one knows how investors will react when it comes. The fact that recessions occur less often could lead to an even greater overreaction.

Researchers examined the stress responses of two groups of rats after giving them painful electric shocks. The first group received 10 shocks per hour while the second group was shocked 50 times per hour. Then the next day both groups received 25 shocks per hour.

So stress is not necessarily proportional to how good or bad things are in. Much of it has to do with the changes to our current situation. Going from great to just OK could cause a much worse reaction in the markets than going from awful to not-so-great.

It’s said the markets are forward-looking and price in events that may or may not happen in the future. Our levels of stress work in much the same way. Investors make decisions in the present based on their perception of how other investors will react to stress in the future.

In some ways, overreactions in the markets are caused by how we feel others will feel in the future.

And that has nothing to do with market or economic data and it never will.