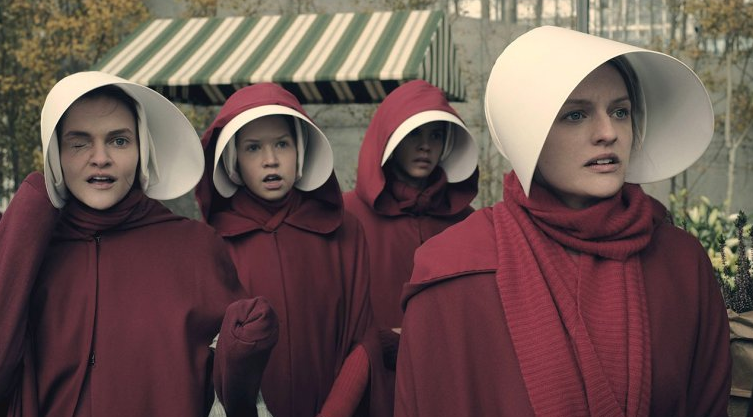 The latest fertility numbers in the U.S. make it appear as though the Handmaid’s Tale could be fast approaching (via the Wall Street Journal):

American women are having children at the lowest rate on record, with the number of babies born in the U.S. last year dropping to a 30-year low, federal figures released Thursday showed. Some 3.85 million babies were born last year, down 2% from 2016 and the lowest number since 1987, according to the Centers for Disease Control and Prevention’s National Center for Health Statistics. The general fertility rate for women age 15 to 44 was 60.2 births per 1,000 women—the lowest rate since the government began tracking it more than a century ago, said Brady Hamilton, a statistician at the center.

The figures suggest that a number of women who put off having babies after the 2007-09 recession are forgoing them altogether. Kenneth M. Johnson, senior demographer at the University of New Hampshire, estimates 4.8 million fewer babies were born after the recession than would have been born had fertility rates stayed at prerecession levels.

And here’s a chart showing how the number of births reached an all-time low in 2017: 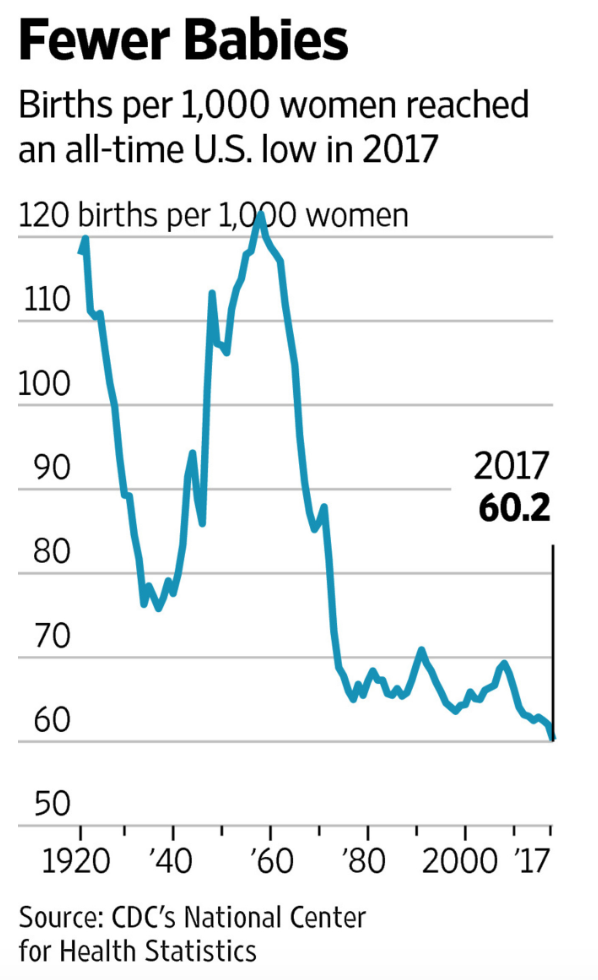 Beyond a potential reenactment of the Handmaid’s Tale, the reason this is seen as a problem by many is that there are two main sources of economic growth: (1) productivity and (2) population growth. To state the obvious, low fertility rates will eventually have an impact on population growth.

Hans Rosling’s work confirms the data from the WSJ: 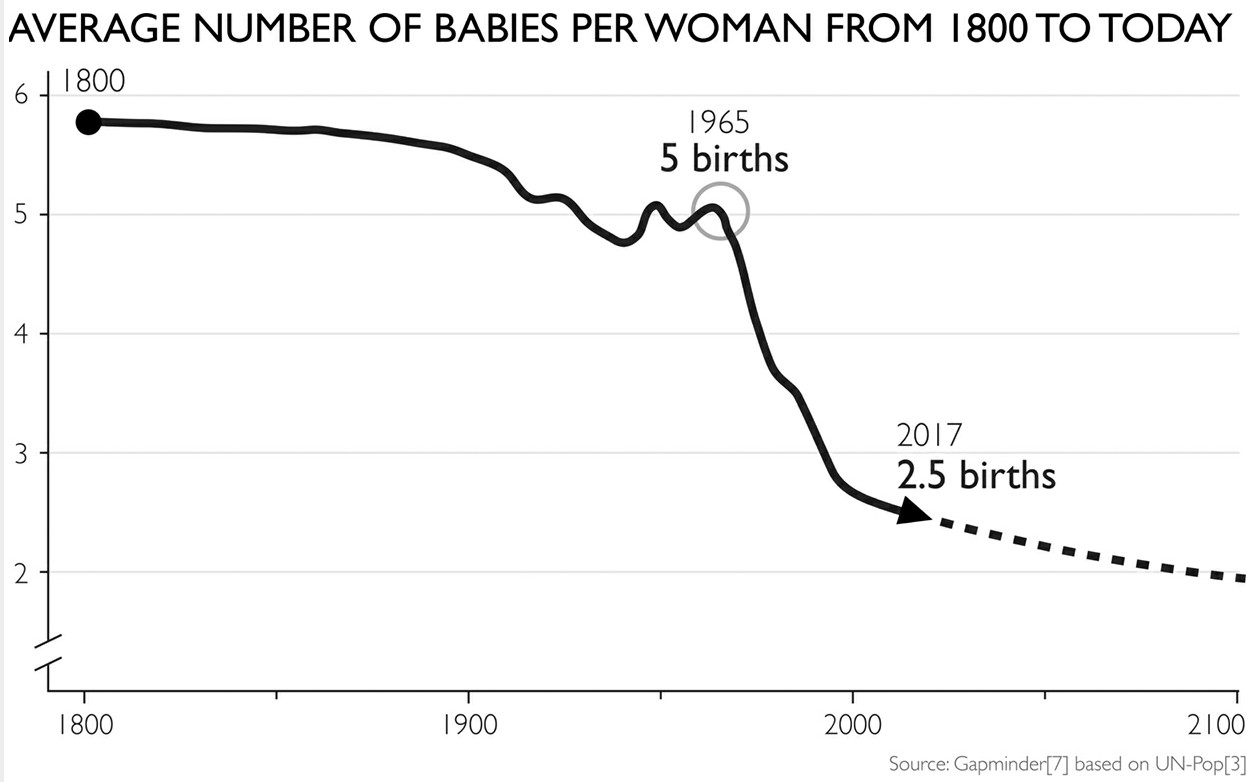 There are reasons these numbers were so much higher in the past. The big reason parents used to have so many more kids was as an insurance policy because so many children used to die at a young age. In 1800, an average of 4 out of 6 children would die before they themselves became parents.

People also used to need the extra bodies to help with manual labor on farms back in the day. And more men and women are now better educated and want their children to be better educated. This creates a delay in having children.

The simple solution to make that happen is to have fewer kids. This is what happens when nations mature and become more prosperous. As more and more people around the globe escape extreme poverty, this trend will continue.

But all is not lost.

The number of people is not going to fall off a cliff. In fact, just the opposite — population will continue to grow, just from a different source. By 2075, the UN projects worldwide population will reach around 11 billion people: 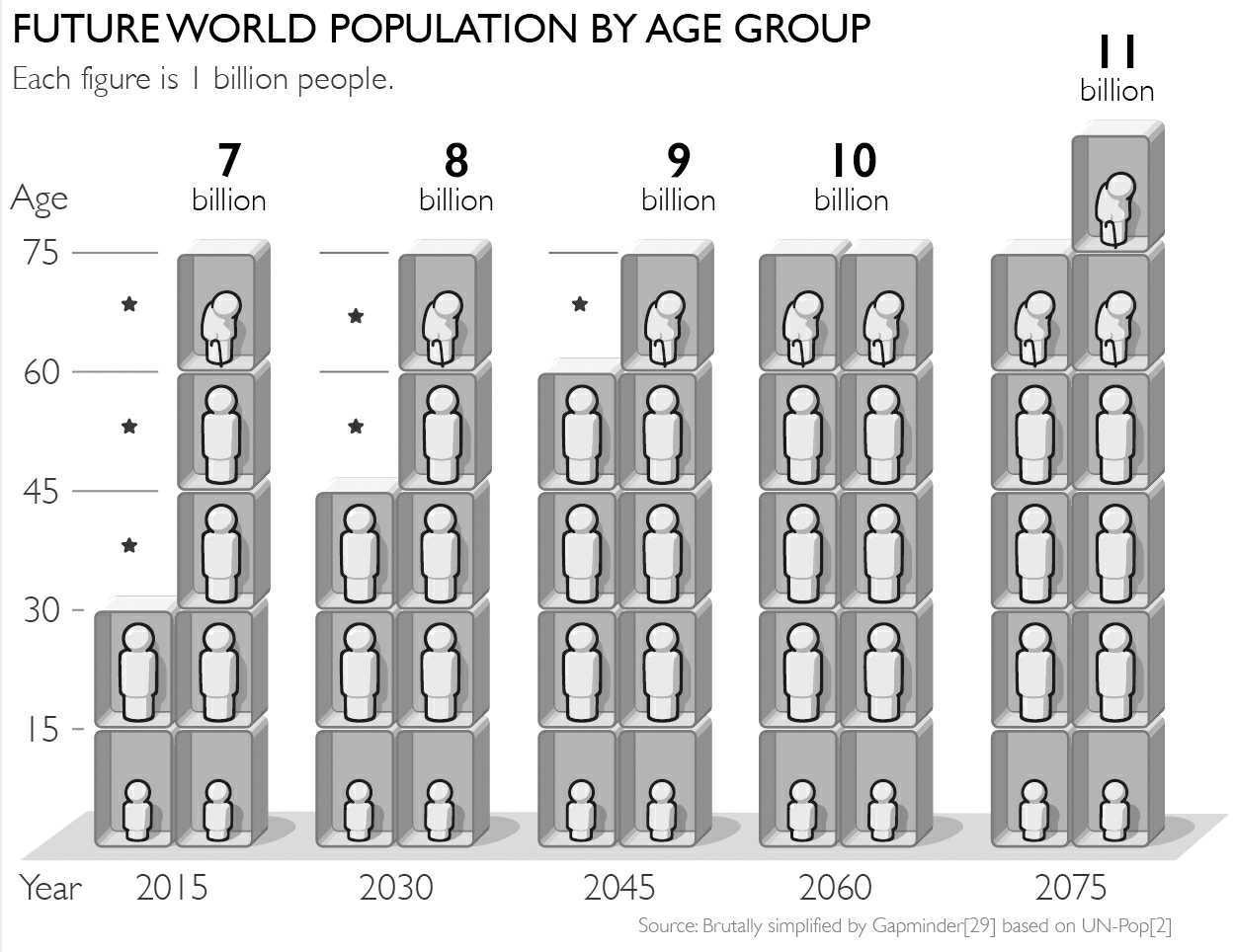 This growth will come, not from more children, but from current generations growing older. Here’s Rosling’s take:

The large increase in population is going to happen not because there are more children. And not, in the main, because old folks are living longer. In fact the UN experts do predict that by 2100, world life expectancy will have increased by roughly 11 years, adding 1 billion old people to the total and taking it to around 11 billion. The large increase in population will happen mainly because the children who already exist today are going to grow up and “fill up” the diagram with 3 billion more adults. This “fill-up effect” takes three generations, and then it is done.

Some people also worry that “something needs to be done” about the growth in global population. Those fears are also probably overdone. If the current trends continue this will eventually level off because fertility rates are on the decline and population will exist in more of a state of balance.

Getting from here to there could certainly have economic implications. But it’s far too soon to say that all-time low fertility rates in the U.S. are going to have far-reaching effects.

Further Reading:
If Demographics Are Destiny…

Here’s my quick Handmaid’s Tale review (it’s on Hulu): It’s dark. It’s dystopian. But it’s addicting once you get into it. This was one of my favorite new shows of 2017. The second season is just as good (7 episodes in). Highly recommended for those who can get over how depressing the future is in this scenario.