In the latest Jack Reacher book, The Midnight Line by Lee Child, Reacher is forced to make a decision without having all of the facts.

He’s trying to track down the owner of an Army ring and has to make an educated guess about how to find her. He lays out the best case scenario and is asked by his partner how often the best case actually happens.

Reacher responds that the best case occurs, “More than never. Less than always.”

This isn’t a bad way to think through the range of possibilities when dealing with the financial markets.

People often try to equate the stock market with a casino. This analogy fails because in a casino at least you know the exact odds before you play (or at least you should). With the markets, there are no odds.

Much of investing requires a leap of faith — that growth will continue; people will continue to innovate; people will get up in the morning looking to improve their standing in life, markets will keep going up over the long-term, etc.

The way I think about the markets goes something like this: the future is always unknowable, history is a pretty good guide, you have to take the present into account, but anything is possible so expect the unexpected.

This isn’t the easy answer most investors would like to hear but unfortunately, it’s true.

As far as history goes it can help to think in terms of best, base, and worst case. 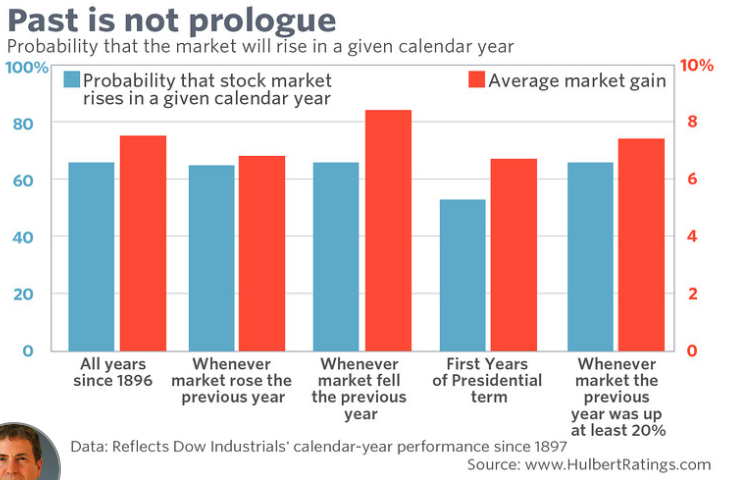 Obviously, this provides a wide range of potential outcomes which makes thing both compelling and infuriating in the markets.

Not only do we not know when the best, worst, or base case will prevail, there’s always an element of luck in terms of where you are in your investing lifecycle for how these different scenarios will impact your bottom line.

Young people should pray for the worst case scenario so they can put money in periodically at lower prices.

Retirees should pray for the best case so as to avoid seeing a bear market hurt they portfolio when they don’t have the savings to take advantage.

The path for each individual investor likely lies somewhere in between the best, base, and worst cases. Anyone who invests for the long run should expect to see some version of each over the course of their investing lifetime.

But if you’re looking to predict what will happen in the markets for the future scenario, there aren’t too many guarantees.

More than never. Less than always.