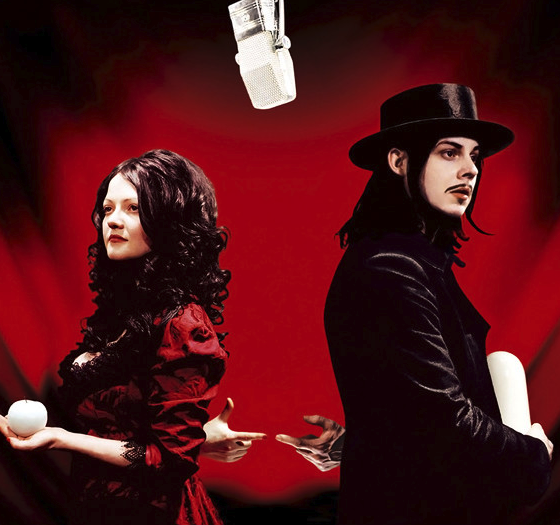 I remember when The White Stripes burst onto the scene from Detroit in the early-2000s. Their sound was unique. Their look was unique. And no one could figure out what the relationship was between Jack and Meg White. Are they brother and sister? Are they married? Maybe they’re cousins?

This was the early days of the Internet and they kept it pretty opaque so no one really knew for a while (it turns out they were married and he took her last name but they broke up before the band blew up).

The albums released by the duo between 2001 and 2005 are arguably some of the best of the decade. The album that put them on the map was 2001’s White Blood Cells.

I don’t consider myself an artistic person but I love hearing artists — from comedians to actors and actresses to musicians — discuss their process because there’s always something to learn from how creative people approach their craft. In their book, Simple Rules: How to Thrive in a Complex World, Kathleen Eisenhardt and Donald Sull laid out how The White Stripes used a simple set of rules to help create their first hit album:

How-to rules can also accelerate creativity. In the span of two years, the White Stripes produced two albums that are widely considered among the best of the 2000s, and the British newspaper the Guardian called the rock duo “the key band of their time.” “The whole point of the White Stripes,” according to founder and frontman Jack White, “is the liberation of limiting yourself.” Their breakout album, 2001’s White Blood Cells, which is featured on many lists of the decade’s best albums, follows five simple rules: (1) no blues; (2) no guitar solos; (3) no slide guitar; (4) no covers; and (5) no bass.

These rules constrained the band to a box — but it was their box, and staying in that box helped enable their rapid-fire creativity.  “I’m disgusted by artists or songwriters who pretend there are no rules,” Jack White said in a New York Times interview. “There’s nothing guiding them in their creativity. We could’ve spent six months making our last album. We could have recorded 600 tracks. Instead, we went and made the whole album, 18 songs, in 10 days.” By restricting their creative process, how-to rules freed the White Stripes to follow a short, clear path to their favorite patch of creativity.

I love White’s phrase, “the liberation of limiting yourself.” You would think that creative types would need to be unconstrained to allow their talents to shine. White says the opposite. You need constraints to guide your creativity. I’m no musician but I would imagine there are infinite possibilities you could come up with for different combinations of sounds, instruments, and harmonies.

The book also touched on how some of the most famous painters used constraints to hone their craft:

Truly original artists work by imposing constraints on themselves, in terms of the subjects they paint, materials they use, and artists they draw upon for inspiration. Monet, for example, purposefully limited his subjects, repeatedly painting pictures, by the dozens, of subjects like grain stacks and water lilies. This self-imposed constraint allowed him to focus on exploring how light changes, and his exploration helped spark a transition in the art world from representation to impressionism, setting the stage for twentieth-century artists such as Picasso.

The same thing applies to any number of outlets people are forced to deal with these days.

Many people are overwhelmed by the sheer amount of information, opinions, analysis, and news we have available at our fingertips from our pocket supercomputers. Many place the blame on “fake news” or social media outlets when people don’t know who to trust but the real problem isn’t too much information but rather filter failure. People don’t know how to limit themselves so they try to drink from the firehose of 24 news and Facebook.

The liberation of limiting yourself isn’t about a reduction in opportunities; it’s about how you define what your true opportunity set really is so you can avoid wasting your time on things that aren’t important. This could mean defining:

None of these rules have to be unbreakable but like Jack White we shouldn’t pretend there are no rules. Negative knowledge is the idea that once you figure out what doesn’t work, all that remains is what does.

Source:
Simple Rules: How to Thrive in a Complex World