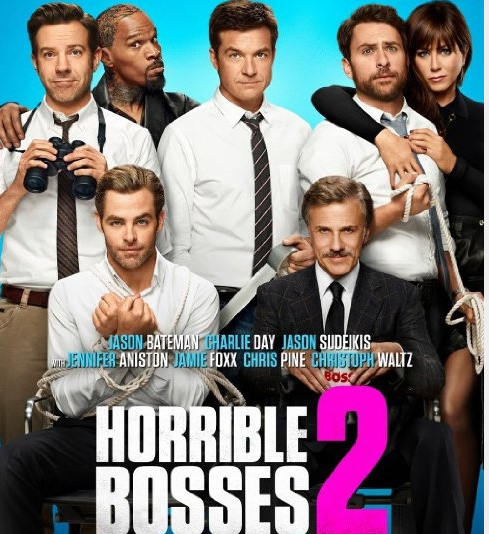 I’m a huge fan of the WTF podcast from Marc Maron. Maron has an uncanny ability to get celebrities to open up on both personal and professional matters. In a recent episode he was talking to actor Jason Bateman, who’s one of my favorite comedic actors (Arrested Development, Bad Words, Juno, etc.). Bateman plays the protagonist as good as anyone in comedies these days.

Maron was asking Bateman about Horrible Bosses 2, which ended up being something of a flop at box office, following a relatively strong showing by the original. Bateman was very candid in his response when asked about doing a sequel:

Maron: But when you get an offer like that, you know what the score is…

Bateman: Oh yeah, that’s a paycheck for everyone. Everyone’s getting paid. It’s a freebie and it’s the audience’s fault. Don’t go out and buy a bunch of tickets for the first one unless you want a second one, because we don’t have any discipline.

He was half-kidding, but there was a lot of truth in what he was saying. There have been some terrible sequels made in Hollywood because everyone involved knew they would be getting a pay raise based on the success of the first one (see the end of the post for my list of paycheck sequels).

I was reminded of Bateman’s comments after reading some thoughts on fund fees from two of the world’s greatest investors. The first was a piece from Business Insider that laid out Warren Buffett’s thoughts on hedge fund fees charged by larger funds:

When you have $20 billion in assets, you’re getting $400 million just from management fees. “That 20% becomes less important,” Buffett said.

“A lot of money out there [is] willing to pay high fees for the promise of performance. [You] don’t have to particularly deliver. [The] promise lasts long enough to get you and your children rich,” he said.

Sticking with the common-sensical legendary investor theme, Oaktree’s Howard Marks railed against hedge fund fees in a Financial Times article this past week, as well:

“If you go back 40 years, the number of [hedge fund] firms that were getting incentive fees was minuscule. Now it is ubiquitous, and [these fees are being charged by] 10,000 hedge funds, and many, many private equity firms, venture capital firms, distressed debt funds, timber funds, everything.”

“The one thing I know is that 40 years ago all hedge funds were run by geniuses, and there [were not many of them]. Today I am sure there are not 10,000 geniuses. It just doesn’t make sense. Nobody deserves 20 per cent carry unless they are exceptional.”

In some ways I’m shocked when I see $100 billion mutual funds or $20 billion hedge funds continue charging the same fees as they always have. Buffett rightfully points out that the 20% incentive fee becomes much less important when you’re charging 2% on such a large asset base. There are enormous economies of scale when a fund reaches that size. Shouldn’t some of those economies of scale be passed along to their clients, the investors? Financial firms are always talking about ‘aligning their interests’ with investors, but it rarely happens in reality.

The paradox is that the funds that are able to grow so large are usually the ones who have a good track record of performance — or as Buffett says, a good narrative. Therefore, they are the ones who have the ability to easily charge higher fees. The conundrum is that many smaller funds are forced to charge lower fees to attract investors, but probably can’t afford it, while larger funds could afford to cut their fees, but feel entitled to them.

Then there’s the fact that it’s much harder to outperform with more assets under management, so most of the investors who end up piling in where they see a great historical track record won’t see any of the alpha they’re paying up for. This is the audience that liked what they saw in the original movie, but all they’re getting is the subpar sequel where everyone is just going through the motions looking for a bigger payday.

While I don’t see the industry drastically changing anytime soon. here are a few of my suggestions to better align the interests of both parties so we’re not always dealing with a paycheck grab for a terrible sequel:

*******
Here’s a list of some other paycheck sequels in recent years: The Hangover II and III, Meet the Fockers and Little Fockers, both Matrix sequels, Speed II, Blues Brothers 2000, all of the post-Michael Keaton, pre-Christian Bale Batman movies, Spiderman 3, Austin Powers 3, Boondocks Saints 2, Dumber & Dumber To, Anchorman 2. Any I missed?