If you’re in the business of fear-mongering, one of the go-to moves to try to scare investors is to predict that the markets are looking eerily similar to October of 1987.

Black Monday is forever seared into the psyche of every trader and investor that was part of the markets on that fateful day. Investors of today are constantly reminded about the time the S&P 500 dropped more than 20% in a single day. 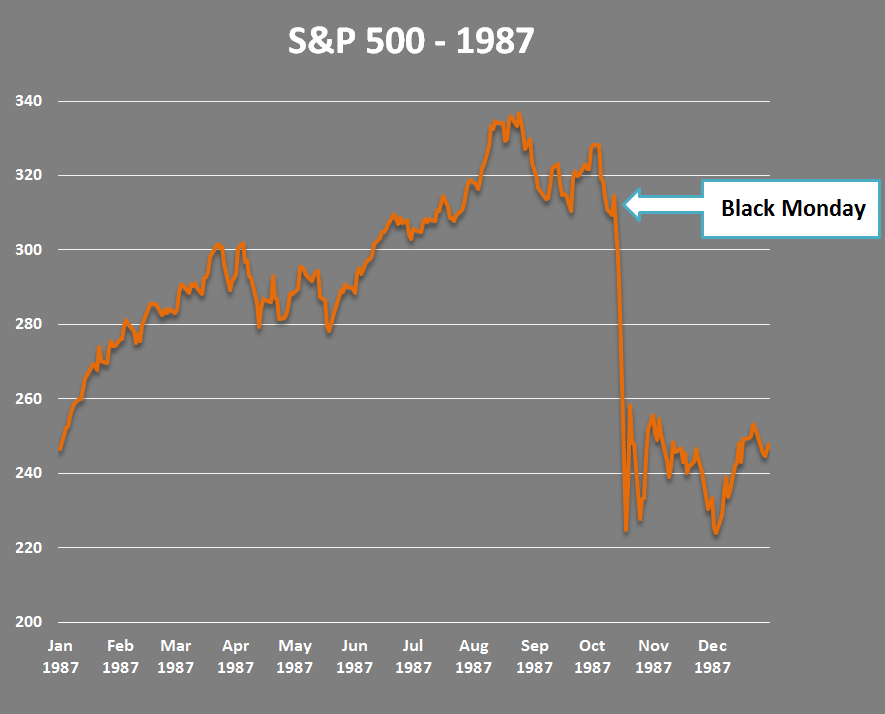 What many people don’t realize is that the three days leading up to Black Monday saw stocks fall over 10%, including a 5% drop on the preceding Friday. So in four days stocks were down more than 30%.

Interestingly enough, on a price basis the S&P finished the year basically flat, but on a total return basis, with dividends, was up around 5%. Doesn’t matter — crash, crash, crash is all anyone remembers.

It’s also worth noting that Black Monday didn’t even really derail the market. Here’s the S&P over a six year period from 1987 through 1992: 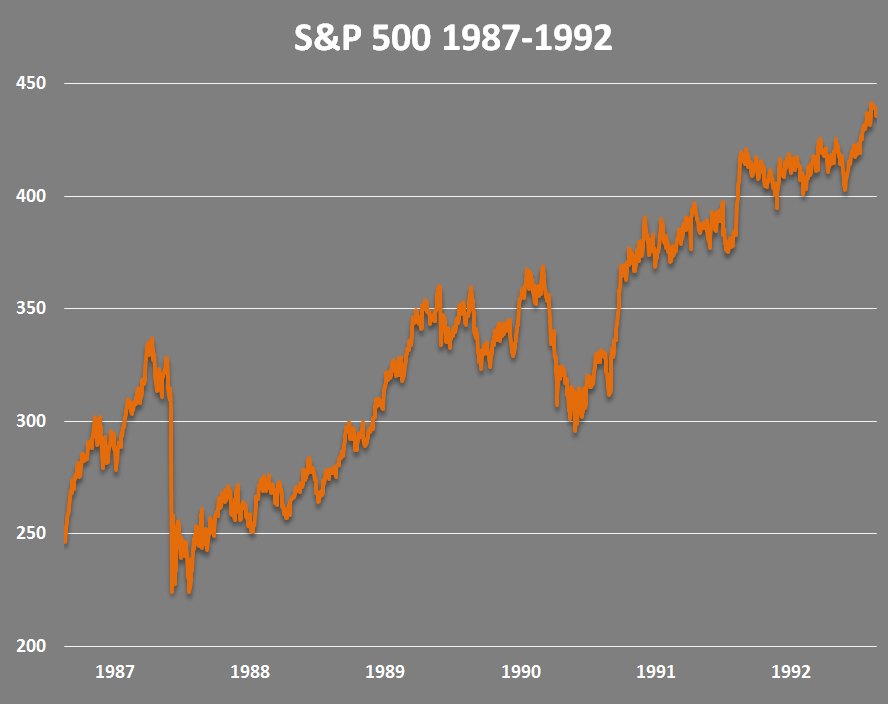 Now 1987 looks a little more manageable. Still a huge drop, but in the context of a market that was up over 120% or 14% a year from the start of 1987 through the end of 1992, not too bad. No one talks as much about the gains, but investors will always speak of the huge Black Monday crash. This is a classic case of short-term myopic loss aversion overwhelming long-term market gains.

You could actually argue that the 1987 crash was a good thing for the markets. It knocked some of the wind out of its sails after more than doubling from 1982-1986.

The S&P 500 currently trades at a P/E multiple of roughly 17x this year’s earnings. Earnings have actually grown more than 16% since late 2012 so a 30% drop would leave us with a P/E ratio of 12x. For anyone with a decent slug of human capital in the form of future savings, this type of swift wipeout would be a gift. Stocks would be marked down at a huge discount to current valuations.

This type of loss would tough for those with a mature portfolio, but for everyone else the biggest issue would be psychological. Stock market crashes are always thought of in terms of being frightening, scary and unnerving.

Earlier this year, Jason Zweig tweeted out that he once proposed the BGFN channel (Benjamin Graham Financial Network) that would cover market crashes as good news. Changing your mindset from how a crash affects your current performance to how it will affect your future performance is one of the keys to mastering your emotions when investing.

Historical market scenarios never happen exactly like they did in the past, so this is really just an exercise in crash preparation for the next time the market takes a dive.

These periods will never be easy, but they are necessary and one of the best things that can happen to an investor with a long time horizon, provided you have the right mindset.