After running  a rolling 5 year performance graph of high yield bonds this week I received a request from a reader that was interested in seeing similar charts for a handful of other asset classes.Ask and you shall receive.

But here are a few reminders on these performance numbers: 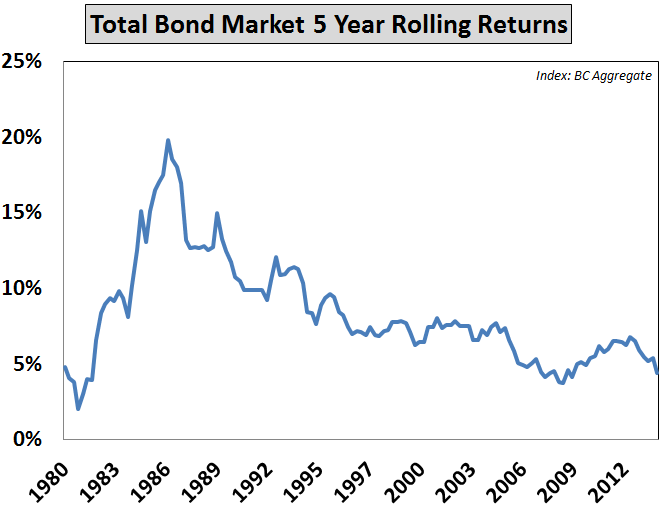 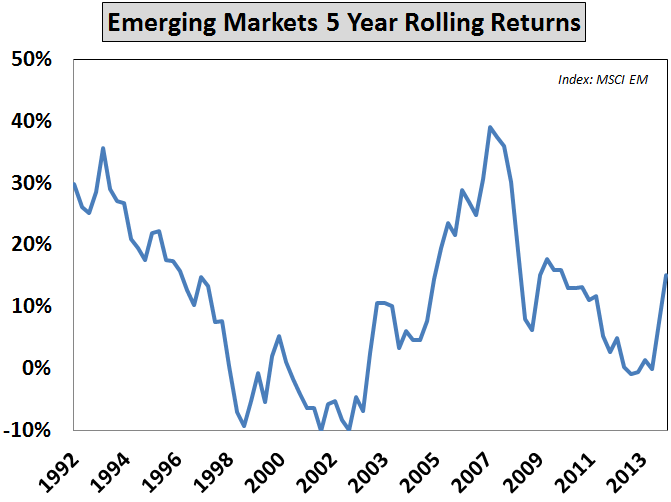 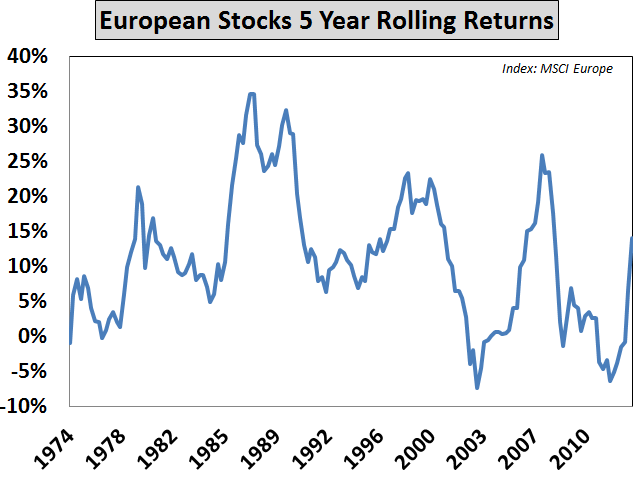 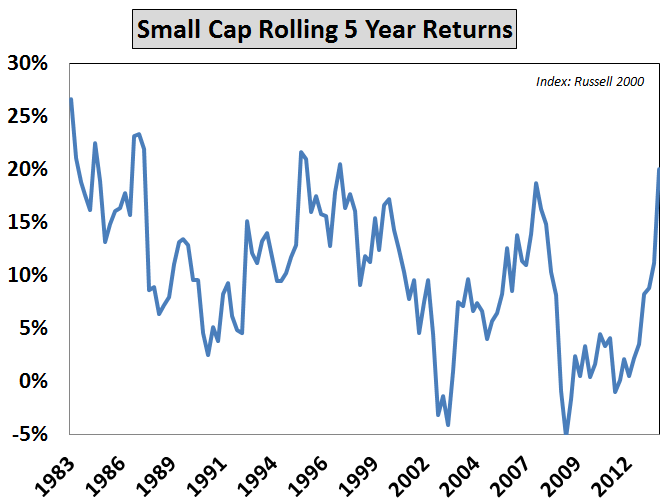 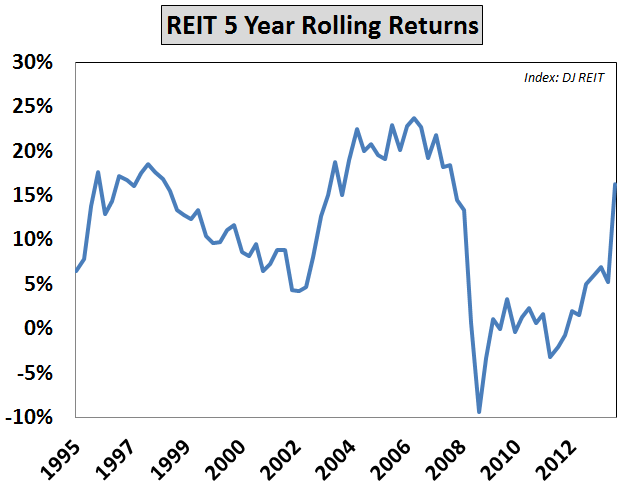 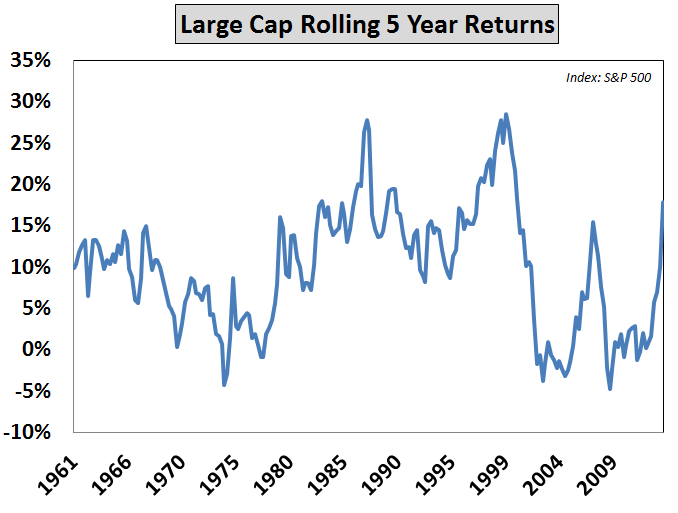