“So when are you two finally going to start having kids?”

I never realized how insensitive this question could be to a couple until my wife and I tried to have kids.

We decided to start a family as we were both entering our late-20s. It’s hard to believe how naive we were looking back on it now.

Ok should we plan on having a spring baby so the maternity leave lasts most of the summer? How about May or June?

We make plans and God laughs.

While many of our friends were having kids seemingly on command, it wasn’t happening for us. After months and months of trying and plenty of back and forth with her doctor, it was recommended we see a fertility specialist.

We had no clue what we were getting ourselves into but decided to see what our options were. After numerous tests and failed experiments, we were told in-vitro fertilization (IVF) was our only option to conceive.

Knowing absolutely nothing about what that process would entail we decided that very day to sign up. Little did we know this would be day one of close to a three-year odyssey.

There were two things we were completely unprepared for as we entered the IVF process:

The Finances of IVF

The United States has one of the lowest rates of IVF babies in the developed world at roughly 2% of all births. In Denmark, the number is closer to 10%. The biggest reason for this difference? Government-sponsored health insurance pays for the procedure in Denmark while people in the United States are on their own.

Research firm Piper Sandler estimates the U.S. fertility market will be more than $15 billion by 2023, up from just shy of $7 billion in 2017. There are a couple of reasons for this growth. One reason is the technology was never there in the past but now allows fertility specialists to help more people.

Another reason is women are having babies later in life. People are going to school for longer, thus postponing marriage and having kids. It can be harder for women over the age of 35 to conceive. 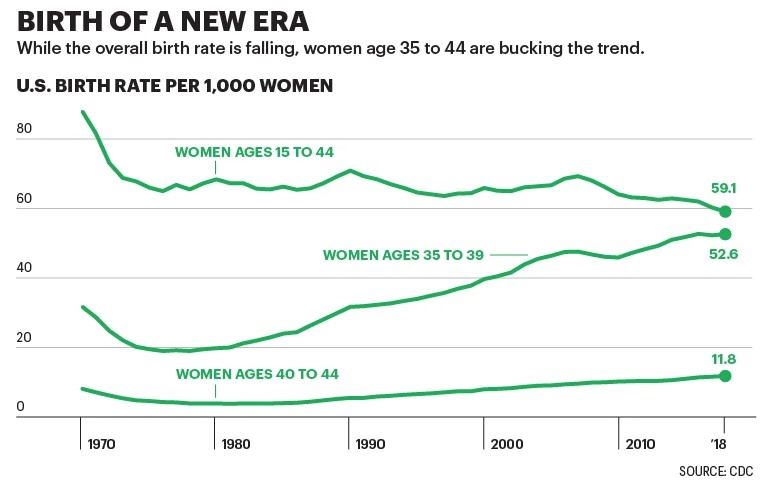 Based on our experience with IVF, the cost of this procedure is not something people are prepared for.

According to a deep dive by Fortune’s Beth Kowitt on the business of babymaking, the average IVF baby costs in the neighborhood of $40,000 to $60,000. And the worst part about these costs is it comes out of your own pocket. Only a handful of states mandate that health insurance covers IVF. The majority of people who go through this procedure are on their own when it comes to paying for it.

The only thing our health insurance covered was the initial fertility consult. After that we were on our own. The sticker price was an eye-opener.

The process was also confusing because this is not an ordinary procedure people are familiar with. There are so many moving pieces and doctors don’t always give the simplest explanations so we basically signed up without completely understanding what we were getting ourselves into.

First, you have to pay for tons of drugs and hormones to get the body ready for egg retrieval. Next you pay for the lab to examine and fertilize the egg. Leading up to the embryo transfer, the woman takes all of the drugs in a specific order and goes to numerous doctor’s visits to ensure her body is ready for the transfer. And once those embryos are ready you have to pay money each month or quarter to store them in a freezer.

We were definitely unprepared for this cost because it’s not something you ever plan for in advance. The finances of having kids can be stressful enough on certain people, but adding these costs in advance of a child can set you back before you even start to plan for the normal stuff.

If you’re lucky and it works on your very first transfer, you could probably make it through the entire process for $15,000-$20,000.

We weren’t so lucky.

The Emotions of IVF

Another aspect of this process we underestimated was the length of time it would take. Each transfer takes weeks of preparation to get the perfect cocktail of hormone levels so the timing of the transfer is just right.

After failing to get a positive pregnancy test in the first 4-5 transfers, my wife’s body became overstimulated because of all the hormones she was taking and became quite ill on our final attempt.

This was the low point for us.

We had gone through all of our embryos and were faced with the proposition of doing another egg retrieval with no guarantee it would work or my wife wouldn’t get sick again.

I should mention this was ten times harder on her than it was on me. She was the one going to the fertility clinic before work every morning for check-ups. She was the one putting huge needles in her body every night for weeks at a time to get the desired response. I was just there for emotional support. She was suffering both mentally and physically to make this happen for us.

We were now closing in on year two of trying to have kids. We heard story after story from friends or relatives about conceiving the very first time they tried or not even trying in the first place and finding success. We held out hope we could surprise our parents with a positive result but keeping IVF a secret is harder than it sounds.

Because my wife was constantly giving herself hormone injections, which were accomplished through painful shots in the stomach or rear end, it was difficult to have a social life. She couldn’t drink and trying to give yourself a shot in the bathroom of a restaurant or bar wasn’t exactly appealing. Vacations were also put on hold.

There’s no one to talk to because it’s such a bizarre situation that most people aren’t familiar with so we felt like we were on an island going through this.

The questions from friends and family members were also coming hard and fast because we were at the age where people think you’re supposed to have kids. No one ever means any harm by these questions but they’re increasingly difficult to stomach when you’re doing everything in your power to make it happen.

After my wife got sick we decided to take a break. She couldn’t physically handle another round of treatments right away and we needed a break from all the pressure of the process.

So we explored the adoption route.

This was another slow-moving process which we almost saw through to the finish line but while we were waiting decided to get a second opinion from another fertility specialist just to cover all our bases.1

After many conversations, we decided to tentatively explore the IVF process yet again with this new clinic. The doctor talked us into a different plan to see if another round of drugs would be more effective than we tried the first time.

We lost count but I believe we were now trying our sixth embryo transfer two years into the process. My wife went in for her first transfer with the new doctor but at this point, our expectations were as low as they could have been. We weren’t hopeful.

Then a surprising thing happened — we got a positive pregnancy test.

I still remember meeting my wife for lunch to learn the results and she just greeted me with a huge smile and a hug. We were both in shock because we were so used to getting negatives.

Because we had experienced so much failure, we never let our guard down during her pregnancy. There was always this nagging feeling that something would go wrong and we would lose the baby. We never allowed ourselves to celebrate.

It was like a weight had been lifted. That entire awful three year journey of doubt, anger, frustration and sadness just *poof* completely went away the second the nurse handed her to me for the first time and she looked up at me with her big beautiful eyes.

A couple of years later we decided to expand the family to give her a sibling. This time we went through two more unsuccessful transfers and came down to our final three embryos.

The doctor told us the last ones in the freezer were deemed the lowest quality so to spare us from the disappointment of going through the process three more times, we decided to implant them all at the same time to give it one last go. We decided no matter what happened this would be our last attempt.

This time around there wasn’t nearly as much pressure but low and behold, on our very last attempt, another positive test. The ultrasound showed a full house — we were having twins.

I don’t want this to come off as someone who is complaining. I would never want to experience those times again but in many ways it made us more appreciative once the kids were here. We were elated that it worked even once, let alone three times.

I’m just sharing our story in the hopes that it helps others who are going through the IVF process or considering this as an option.

Our path isn’t necessarily typical but I’m not sure there is such a thing when going through this. It’s not something you can ever fully prepare yourself for but I wish we would have known more about it before diving in headfirst.

Our final tab all-in was close to six figures. We somehow paid it all off through a combination of zero percent credit cards, savings and some help from family.

But this is one of those life events where the emotional costs will always trump the financial costs.

Yet my wife and I have both commented multiple times since then that those difficult times basically faded away once the kids were born.

I feel for people going through something like this but for us, it was all worth it in the end. 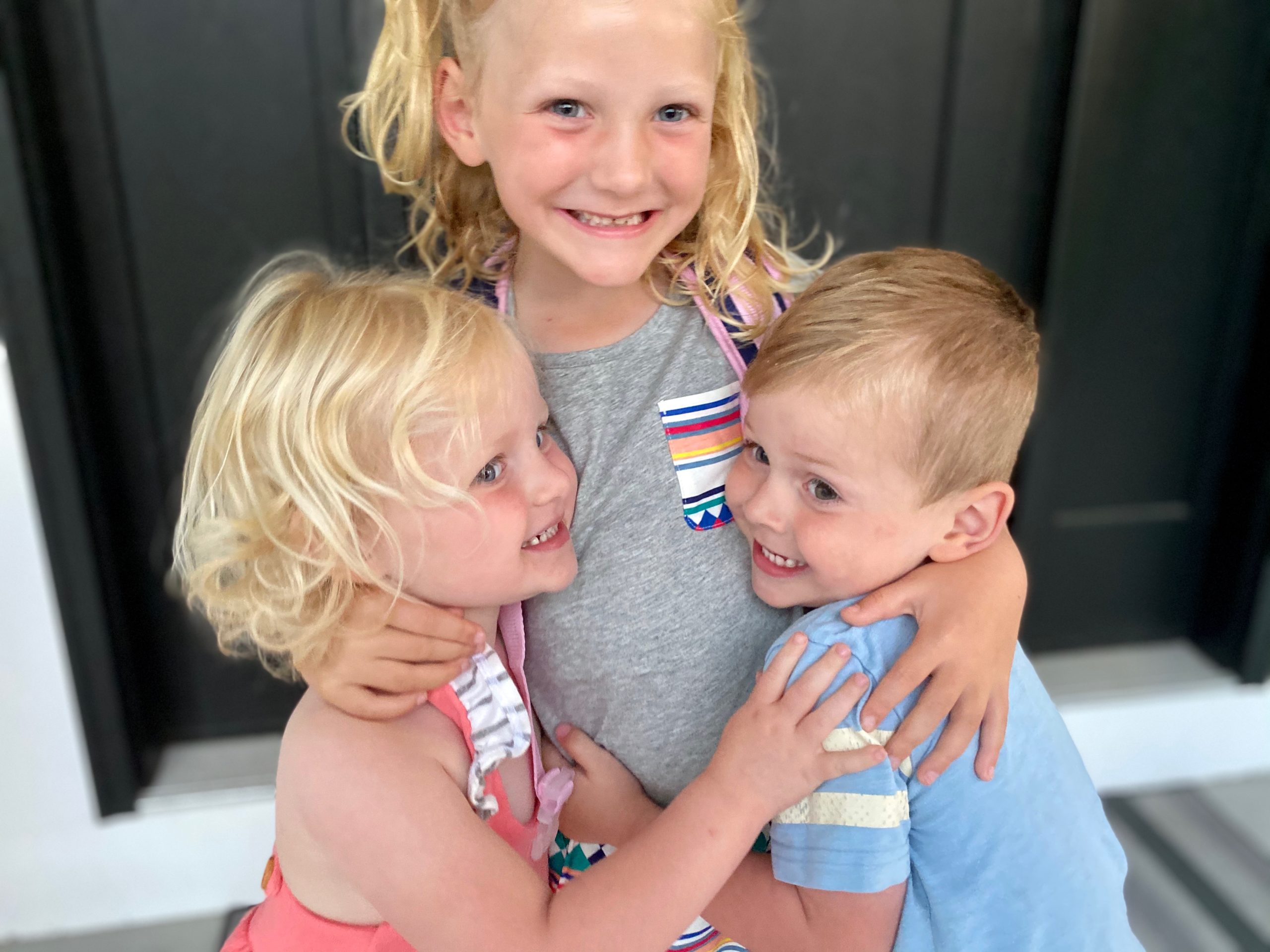 I shared our journey as well as many other thoughts on the finances of parenting on a recent podcast:

The Economics of Parenting

1Had IVF not worked for us, we would have had no problem going through with the adoption process.