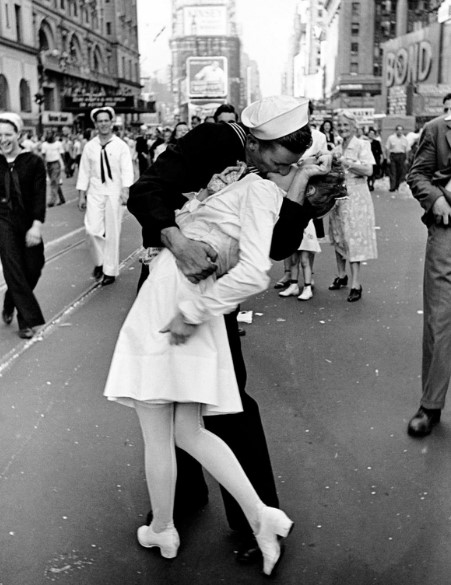 In 1943, the Federal Reserve along with the Committee for Economic Development put out a research piece called Business Booms and Depressions Since 1775.

World War II was still ongoing at that point but they wanted to look at the historical profile of post-war periods to get a better sense of what to expect when it was all over from an economic perspective.

Post-war recoveries followed a similar economic pattern from the War of 1812 to the Civil War to World War I.

This paper outlined four phases of post-war economies in the United States:

1. Period of Uncertainty. This phase involved some turmoil and confusion because the country moved from production almost exclusively for the war times to production for peace times.

3. Primary Post-War Depression. This phase involved speculation, an inflationary spike and overheating from post-war excesses which would eventually lead to a slowdown.

4. Prosperity. This was the back-to-normal phase where companies were all producing and selling goods as they were before the war and the economy got back on track.

Whether history will repeat itself at the end of this war and throughout the ensuing years remains to be seen. Many factors involved in the present situation did not exist at the end of the former wars. This war is conducted on a much broader scale with more intense and concentrated utilization of economic resources. The cost involved is much greater.

General fear of an immediate postwar depression has no sound basis.

This was actually a pretty good call. While there was a minor recession in 1945 when the war ended and an inflationary spike, there was no postwar depression or deflationary fallout, which was par for the course following wars of the past.

In fact, the period following the war was a lengthy boom for the United States. The 1950s remains the best decade on record for the U.S. stock market.

The current situation has more similarities to a war than a financial crisis from my perspective.

Productive capacity in many areas of the economy has either been diverted or completely shut down. We’re all fighting a common enemy. And millions of people have been displaced in order to fight that enemy.

Roughly 16 million Americans served in WWII. That was 11% of the entire population at the time. Unfortunately, that’s roughly the same number of people who have already been forced to file for unemployment during this shutdown.

The biggest difference between the post-war playbook and the current situation is the post-war depression is now happening during phase one. And the period of uncertainty will likely follow for some time.

The post-war recovery phase will also involve plenty of uncertainty but a lot of that will depend on when this fight is actually over.

The stock market doesn’t make sense to a lot of people right now but it was counterintuitive during past war times as well. I wrote about this in January (which feels like 12 years ago):

In the six months following the onset of World War I in 1914, the Dow fell more than 30%. Because the war basically ground the business world to a halt and market liquidity all but dried up, the decision was made to close the stock market that year. This lasted for six months, the longest such period on record. Making up for lost time, the Dow rose more than 88% in 1915 after it reopened, which remains the highest annual return on record for the DJIA. In fact, from the start of the war in 1914 until the war ended in late 1918, the Dow was up more than 43% in total or around 8.7% annually.

World War II had a similarly counterintuitive market outcome. Hitler invaded Poland on September 1, 1939, setting off the war. When the market opened on September 5, the Dow shot almost 10% higher that day. When the attack on the U.S. naval base at Pearl Harbor occurred in early December 1941, stocks opened up the following Monday down 2.9%, but it took just a month to regain those losses. When the allied forces invaded France on D-Day on June 6, 1944, the stock market barely noticed. The Dow rose more than 5% over the ensuing month.

So, during two of the worst wars in modern history, the U.S. stock market was up a combined 115%.

Of course, the economy wasn’t mostly shut off during those periods. Manufacturing for the war picked up the slack big time.

It’s also worth remembering the importance of the Manhattan Project in helping end WWII. Science is going to play an enormous role in shaping the outcome of our war against the virus as well.

You could make the case that V day for this pandemic may not come until we have a vaccine or effective treatment. It’s hard to see life returning to normal until that day comes.

This could take a while and our psyches will be put to test for the foreseeable future. Beyond the virus and immense pain being caused by the economic shutdown, one of my biggest concerns is that this situation will cause a wave of pessimism and negativity.

My hope is once an effective treatment or vaccine comes online and we win this war that we’ll see a massive boom from the relief alone.

The uncertainty phase and economic slowdown we have to go through to get there will be painful but prosperity will come again one day just as it did after history’s great wars.