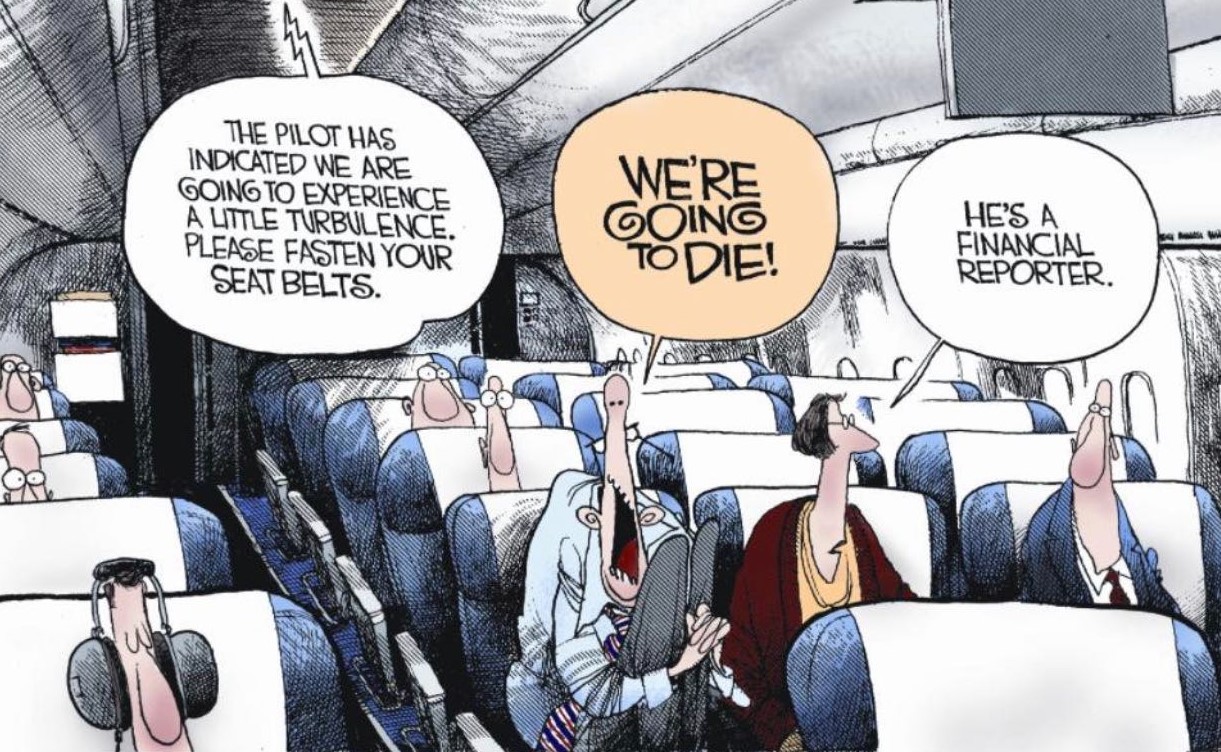 The Wall Street Journal recently wrote a piece about legendary hedge fund manager Ray Dalio that didn’t paint him in the best light.

The story talked about tension within Bridgewater Associates when it comes to finding Dalio’s successor along with some other unflattering complaints waged by anonymous sources inside the firm.

Dalio struck back and called this “fake and distorted news” by penning a retort on LinkedIn to took some shots at the WSJ in the process:

They are investigative journalists that The Wall Street Journal hires to dig up dirt on successful people and companies and to write negative articles about them. The Wall Street Journal and other publications don’t have investigative journalists write complimentary articles on people because those articles don’t sell, which is why our country has no heroes.

Media hit pieces as the reason our country “has no heroes” seems like a bit of a stretch to me. But I do agree with Dalio that the financial media overall (and this is a generalization) has more of a negative tone this cycle.

There’s a reason this is the case. Just as very few investors saw the 2007-2009 calamity coming, the financial media got caught offsides when it came to the financial crisis. When you miss an economic and market debacle of this caliber, there’s bound to be an overcorrection.

The pendulum in the markets swings from overly optimistic to overly pessimistic depending on the cycle but the sentiment from investors and the media can be thrown off by a huge event such as the Great Recession.

So even though things have gone relatively well since the crisis ended, many in the media have taken a more negative bent in their reporting. Many are more skeptical and maybe even a touch cynical, much like many in the investor class. This was bound to happen following the worst crisis since the Great Depression.

Following popping of the dot-com bubble, financial reporter William Powers wrote about what the financial media got wrong during the wild 1990s bull market:

For almost a decade, journalists did something quite out of character: We accentuated the positive. Over the years, we had acquired a reputation, largely deserved, for loving bad news. Nothing thrilled us like a good war, an epidemic, a ghastly murder, a devastating economic collapse. Our nightmare was a world in which the government was doing a good job, peace reigned, businesses thrived, and most people were happy. Good news wasn’t news at all, not to us. The age-old complaint about the media, in letters to the editor and in polls, was that we were unrelentingly negative. We laughed it off, but we knew it was true.

The bull market changed all that. We stopped enjoying the bad news, and got addicted to the good. A trade that had once searched high and low for negative stories about Wall Street and Big Business, devoted most of its energy to positive ones, and the touts were our best sources. “What are you buying now?” or some variant of that question, was one of the most frequently uttered sentences on CNBC, on Wall $treet Week with Louis Rukeyser, and all the other TV and radio shows on which touts appeared. Money, SmartMoney, and other financial magazines were obsessed with stocks and funds we should be buying right now. The buy focus spilled over into the general media: the big newspapers and networks.

This is the other side of the pendulum, where the media was overly optimistic and positive.

In truth, the press was only mirroring the public’s enthusiasm. Yet the bubble might never have grown so large, nor lasted so long, if the media had not promoted hot stocks, anointed gurus, marginalized “the naysayers,” and substituted “good news” for analysis. The cult of personality was key. Chief executives became “celebs” while Wall Street analysts were treated as shamans. You do not ask a celebrity hard questions, and you do not question a shaman at all.

So we’ve now come full circle. Back then no hard questions were being asked. Today, some professional investors assume the questions being asked are too hard. It’s hard to find a happy medium.

We also have to remember that the financial media as we know it today is still relatively new. Much of it was developed during that crazy run in the 1990s. There were 22 brand-new business magazines that came out in 1996 alone. CNN launched a financial news network that same year to compete with CNBC. AOL started a mutual fund center. TheStreet.com came online.

By 1997, almost one-third of all national newspaper ad revenues were coming from the financial services industry.

So in many ways, the media was simply telling people what they wanted to hear. Back then it was cheerleading. Today, it’s more on the skeptical side of things.

I actually think the firehose of information these days subverts the power the media has over investors. There’s just so much of it now that it’s impossible to have a collective sentiment based on what the media says.

There are simply too many avenues to get your news and help shape your opinions these days for media to have the impact it once did.

Michael and I discussed the Dalio/WSJ beef along with the Zero Hedge ban from Twitter on the podcast this week: