In the latest episode of our podcast, Michael and I discussed the relationship between corporate earnings and stock market performance. I’ve done some work on this in the past so I went through and updated my data on earnings growth versus stock market returns by decade:

It may also be helpful to view these numbers in real terms as well as inflation can have an impact on these results: 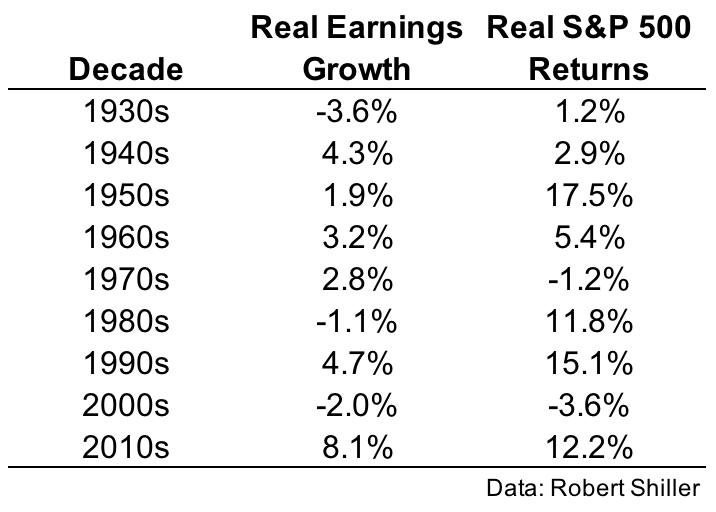 Some thoughts on these numbers: