Although the Great Depression was far more severe than what we experienced during the Great Recession, there are some similarities that these time frames share. There were two massive bear markets in the 1930s along with two recessions that saw stocks fall over 80% from 1929-1932 and another 50% in 1937. In the latest period, stocks were cut in half in both the 2000-2002 and 2007-2009 bear markets.

Here’s the breakdown of how government bond yields and long-term valuations changed over each period as well:

Although the market returns were close over these periods, that’s basically where the similarities end. The Great Depression saw the unemployment rate reach 25% or so, which was sandwiched in-between two world wars, the second of which had just ended in this 1945 comparison. People think things are terrible now but I just can’t imagine what it would have been like to live through the 30 year period from the start of WWI in the mid-1910s through the end of WWII in the mid-1940s.

This is a completely arbitrary time horizon (aren’t they all?), but this shows how (relatively) terrible the returns have been over the past 16+ years: 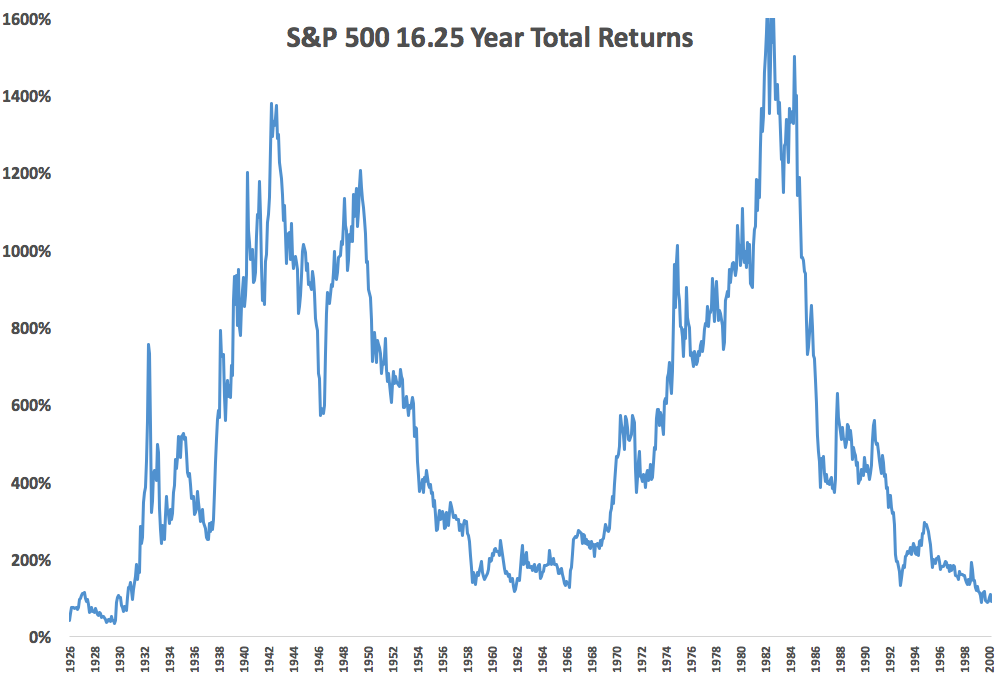 Luckily for investors the S&P 500 isn’t the only game in town: 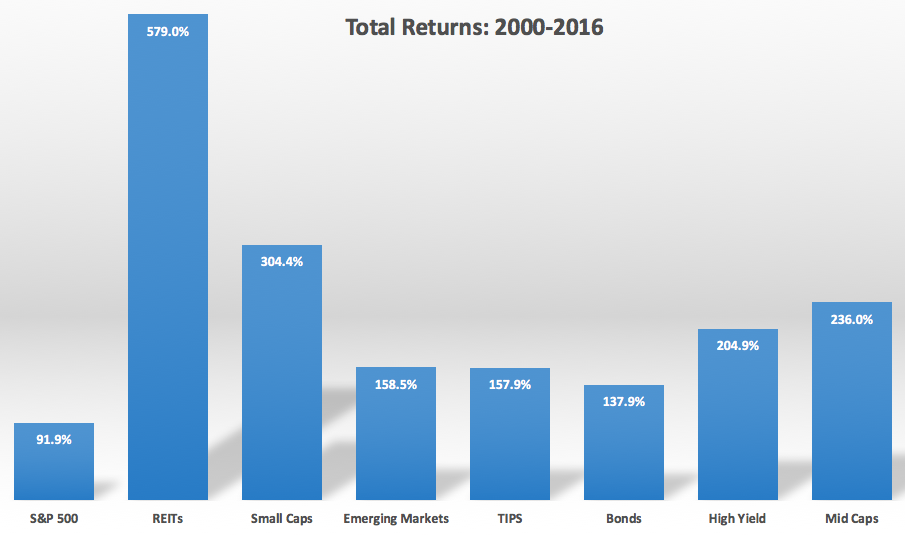 Nearly every other asset class has outperformed the S&P 500 over this time frame.

Because this is an arbitrary starting point to measure market returns you could also extend the time horizon or shorten it to see much different results through June 30th of 2016:

A few takeaways from this exercise: