There’s been something of a bull market in people who consider themselves a contrarian investor in recent years. People took notice of those who called the tech bubble in the late-1990s, the the real estate bubble in the mid-2000s or the bottom of the stock market in early 2009. Everyone would now like to think that they’re greedy when others are fearful and fearful when others are greedy.

It seems as though many of these new anti-consensus investors are trying to become a contrarian for the sake of being a contrarian. They take the other side of every bet. Markets that have gone up must be in bubble territory because of the herd mentality. And markets that have been slaughtered are simply un-loved and due for a comeback. The problem with this line of thinking is that sometimes the crowd is right. Sometimes markets, asset classes and securities are up or down for a reason.

2015 provides a perfect example on why being a contrarian for the sake of being a contrarian doesn’t always work out so well. While preparing my year-end market review I stumbled across a couple of stories from the end of 2014 that I had saved to check back on in the future. This is a list of the 10 worst performing S&P 500 stocks in 2014: 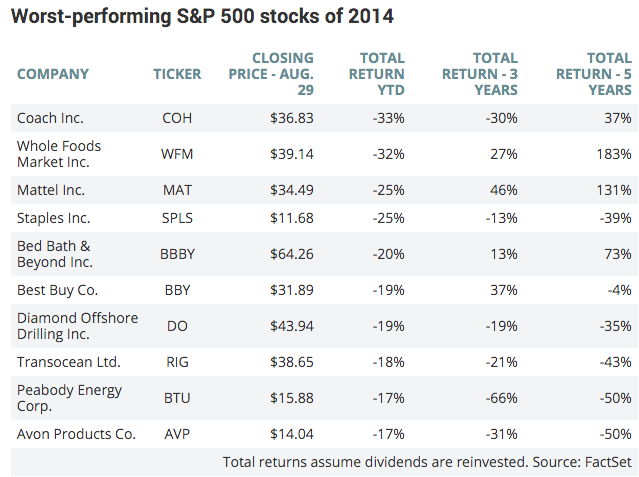 And here are the 10 worst performing single country ETFs from 2014: 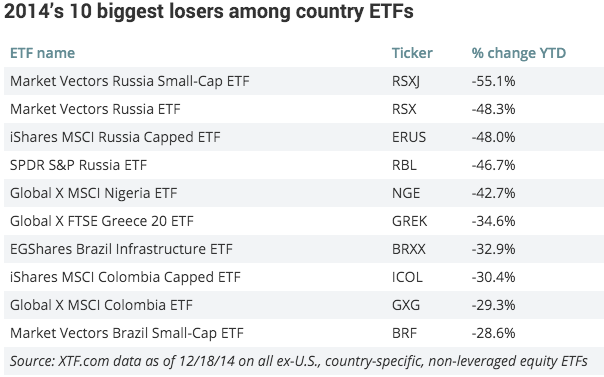 Any self-respecting contrarian investor would look at these types of returns and see the proverbial blood in the streets. Time to go pick up some investments on the cheap. Unfortunately, cheap investments can always get cheaper. Here are the returns for these stocks and ETFs in 2015: 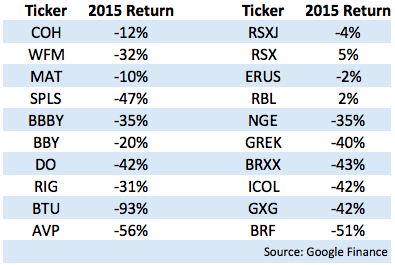 A few thoughts for those who are newly minted contrarian investors:

Further Reading:
Some Stocks Don’t Come Back
A Lesson in Market Crashes