One of the oldest tricks in the book for good financial salespeople (and those in any industry really) is to talk over people’s heads using jargon that makes it hard for others to understand them. Jargon is the often the preferred method of the financial community to make themselves sound more intelligent.

‘Just trust me, I got this’ was something that worked well in the past before people could actually look stuff up on the Internet.

Unfortunately, old habits die hard and there are still a number of words and phrases that get thrown around in financial circles that annoy me. Here’s a short list along with an explanation: 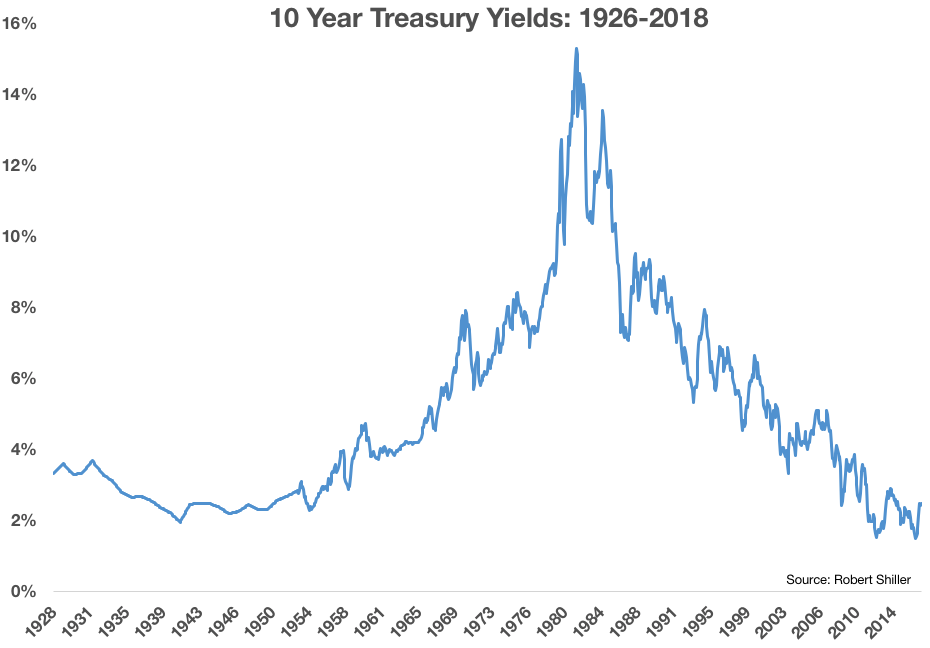 Obviously, inflation plays a large role in this but I’m not a believer that there is such a thing as a normal or average rate environment. These things are fluid and don’t always have a neat and tidy answer in terms of what the levels should be.

Fair market value. Along those same lines, there really is no such a thing as a fair market value for the stock market. Stocks are worth what people are willing to pay for them and there are no shortcuts that will give you the exact equilibrium for the market’s value. If anything, it’s a moving average that is constantly changing as fundamental data comes out and investors update their expectations based on past experiences and knowledge. Markets can go up or down but no one really knows what they’re worth because so much of the financial system is really based more on trust and faith than all of us would like to admit.

Window dressing. Window dressing is the idea that fund managers make changes in their holdings at the month or quarter end to hold the biggest winners in the market and dump their losers. Some investors give credence to this idea by saying that this impacts market volatility at the end of the month. But who would actually fall for this when you can match the holdings with performance? Wouldn’t the clients be a tad suspicious if you somehow hold all of the best-performing stocks but also underperform the market? I suppose anything is possible but I can’t imagine this practice is still alive and well enough to move the markets.

Asset price inflation. This one is relatively new but it’s quickly risen up the ranks for me. Following the financial crisis, there were many investors who predicted hyperinflation because of the Fed’s policies. This prediction didn’t exactly work out for the simple fact that many of these people didn’t really understand how the Fed’s actions truly worked. Instead of admitting defeat, many in this group have pivoted to saying, “Of course we’ve had inflation — asset price inflation.”

This is a cop-out. It’s not called asset price inflation; it’s called markets usually go up over time. But the next time markets fall I will be interested to see if they utilize “asset price deflation.”

Risk-adjusted returns. I understand the idea behind risk-adjusted return measures but most of them are used as a way for fund managers to move the goalposts after underperforming. There’s nothing wrong with adjusting your returns to account for volatility but my experience has been that money managers put too much emphasis on these numbers and fail to place them into the correct context to their clients.

Obviously, investors should want to earn the highest possible returns while using the lowest amount of risk possible. But making yourself a slave to volatility can have unintended consequences for those who don’t understand the relationship between risk and return over time. Monthly or annual return numbers can also mask the true volatility of a strategy.

And this is not simply a problem for money managers. One of the reasons it’s so easy for investors to buy into risk-adjusted returns is because they don’t have a good appraisal of what a legitimate benchmark should look like for their funds or managers. So short-term volatility becomes the bogy even for those long-term investors who shouldn’t have to worry about it.

See what I did there? You can’t predict a black swan event because a black swan is something that comes as a surprise to everyone. It’s a risk that is unforeseen, therefore it cannot be predicted.

Any other ones I missed?